The threat of new entrants in the Bayer Porter Five Forces Analysis can be explained as follows:

Bayer operates in the life science pharmaceutical industry where the threat of new entrants is low. It’s because of high capital requirements in R&D and procurement of drugs, or licensing of drugs or patenting that makes this industry non lucrative for new market entrants. The initial investments are considerably high compared to the results which are timely due for the long period of time, thereby deterring the entrants. There are also other entry barriers due to government regulations. Supply chain economies of scale and demand side benefits of scale which helps Bayer and its rivals to cut the production cost helps them in delivering the medicines and other offerings at affordable cost which a new entrant will find hard to emulate. Moreover, due to its differentiated product offerings as well as breakthrough innovation in consumer health or pharmaceutical or crop science, it is well versed with the industry where a new entrant might not be able to compete. 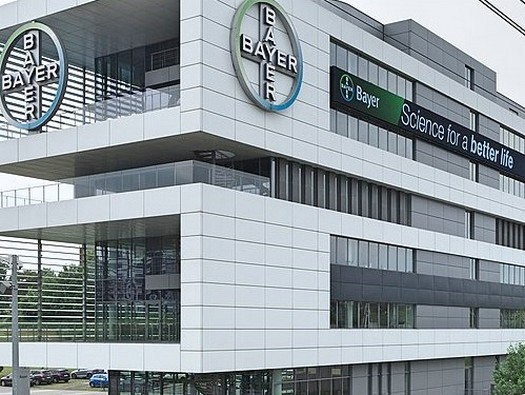 Below are the threats of substitute products of Porter’s Five Forces analysis of Bayer:

Threat of substitutes is low to moderate.

It is dependent on individual drugs. For drugs which are patented and are essential to cure major diseases might not face major threat of substitutes, but there are drugs which have substitutes in homeopathy, allopathy and home remedial measures which are used alternatively to these drugs. These substitutes are the major threat to companies like Bayer and therefore to tackle this threat, the company works on maximizing quality for money and better efficient drugs at affordable prices. This helps in competing with the substitutes that are cheap. Bayer also faces the threat of counterfeit drugs which are made up of low graded material and have duplicated drug formula. These counterfeit drugs can essentially dilute the brand of Bayer and pose a major threat to the company.

In the Bayer Porter Five Forces Analysis the bargaining power of the customers can be explained as:

Bargaining power of customers is low. Customers or retailers do not have much say in the price. However, they have indirect bargaining power. Due to multiple players in this industry, Bayer’s maintain competitive pricing, and offer diversified products. Pharmacies and medical institutions who give prescriptions of medicines have some degree of bargaining power but that is also limited if there are new patented drugs from a particular company. To reduce the bargaining power of customers, companies like Bayer and its rivals offer differentiated products with patented drugs which cannot be easily available from other alternatives, thereby making switching cost high for its customers. Bayer also delivers breakthrough innovations in its offerings which helps it in retaining and attracting its customer base.

There is negligible threat of backward integration by customers due to low knowledge and intensive capital requirements.

Following is the bargaining power of suppliers in the Porter’s Five Forces analysis of Bayer:

Bargaining power of suppliers is low to moderate. Suppliers who provide APIs and additives have some bargaining power, however companies like Bayer are building extensive supplier networks to reduce their dependencies on particular suppliers. Although supplier’s threat of forward integration is less due to high capital investments in R&D and licensing, Suppliers for certain drugs are limited which enjoy moderate bargaining power. Switching costs are low to moderate for the companies. Bayer’s major OTC manufacturing and supplier units are in China and it maintains close relationships with its suppliers to reduce their bargaining power. It maintains a supplier's code of conduct to procure its supplies globally without affecting the quality of its supplies, which helps in reducing its dependence on particular suppliers from particular geography. Overall Bayer has more bargaining power which helps it in reducing its unit cost, thereby maximizing profitability.

The impact of key competitors in the Bayer Porter Five Forces Analysis is as follows:

Bayer operates in the life science pharmaceutical industry where competition is highly intense. Major competitors of Bayer are AstraZeneca, Johnson and Johnson, GSK, Novartis, Pfizer, Astellas Pharma, Daiichi Sankyo etc. Due to high exit barriers because of high sunk cost incurred, players who are finding it hard to survive, continue to compete making this industry even more competitive. Industry growth is also projected to be high to reach more than $42 billion by 2025, making it lucrative for existing players, thereby cutthroat competition. The company has brand loyalty as well as differentiated product offerings in Pharmaceuticals, crop science, consumer health etc. that helps it compete with its rivals.

By focusing on four strategic levers of driving innovation, generating sustainable impact, driving operational performance and shaping themselves as global leader in health and nutrition, Bayer has been successful in attaining larger market share and maintaining its value proposition to compete with its competitors.

To conclude, the above Bayer Porter Five Forces Analysis highlights the various elements which impact its competitive environment. This understanding helps to evaluate the various external business factors for any company.