The threat of new entrants in the Trader Joe’s Porter Five Forces Analysis can be explained as follows:

Trader Joe’s is a leading American grocery store chain having widespread business operations. Threat of new entrants is very high. Capital requirements are very low and entry barriers are also low due to which any company or individual who wishes to compete with the existing players can compete. Even though new entrants can manage economies of scale for a particular product and can earn high margins, for varying no of products that these retail grocery chains offer, these new entrants might find it very difficult. There is a major threat and to deal with this threat, Trader Joe’s can leverage both supply side economies of scale as well as demand side benefit of scale to maintain its competitive advantage. Through its extensive distribution channel, Trader Joe’s can reduce its cost and offer quality products with some degree of differentiation through its unique product offerings. This way it can compete and reduce the threat of new entrants. 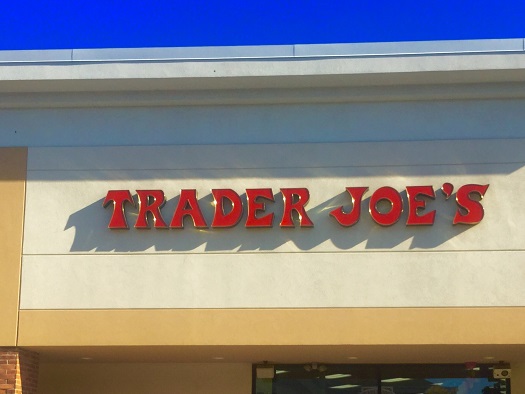 Below are the threats of substitute products of Porter’s Five Forces analysis of Trader Joe’s:

Threat of substitutes is high.

Food is readily available at restaurants, food trucks etc. where customers can easily buy. These substitutes pose a major threat to Trader Joe’s and other grocery retail chains. Due to low customer loyalty and low switching cost, customer’s easily switch to the substitutes. Since the product offerings are also not differentiated, substitutes make it up for the needs of the customers. These substitutes are usually very convenient and inexpensive and are offered in varieties, due to which the threat remains relatively high.

In the Trader Joe’s Porter Five Forces Analysis the bargaining power of the customers can be explained as:

Bargaining power of customers is high. There isn’t direct bargaining power but indirect one due to high competition in the grocery retail chain. Due to the availability of multiple supermarket stores, switching costs of customers is very low. They can easily switch to another retail chain that offers products at cheaper prices, thus in order to keep up with the demands of customers, Trader Joe’s focuses on quality and competitive pricing to retain its customer base. By offering unique products like Trader Joe’s offering of cult brands or local cuisines, it tries to stay relevant. Customer loyalty is very. Even the management of products and brands in the retail store is also influenced by the buyers. Customers enjoy high bargaining power.

Following is the bargaining power of suppliers in the Porter’s Five Forces analysis of Trader Joe’s:

Bargaining power of suppliers is low. There are numerous suppliers and these suppliers do not offer differentiated supplies. Due to this the switching costs for companies is very low. They easily switch from one supplier to another to reduce their cost. This weakens the bargaining power of suppliers. Trader Joe’s works in an industry where customers easily switch to retailer chains that offer products at low price. Thus, in order to maximize their profit and offer competitive pricing, bargaining power of suppliers should be low to reduce the unit cost. Even though there is some degree of forward integration by suppliers, it is relatively moderate and competing with global chains like Trader Joe’s is almost nonexistent. Through forward integration, suppliers can reduce the cost and earn margin by economies of scale for one or two products, but for the diversified range of products, economies of scale aren’t feasible for such small suppliers. In addition, suppliers require capital and resources, which is difficult. Trader Joe’s tackle any threat of suppliers by building an extensive network of supply chain where suppliers are largely dependent on it rather than other way around.

The impact of key competitors in the Trader Joe’s Porter Five Forces Analysis is as follows:

Trader Joe’s operates in the retail grocery market and this supermarket industry is highly competitive. There's a high concentration of players in this industry and there’s cutthroat competition. Major competitors of Trader Joe's are Whole Foods market, Weis markets, Winco’s Food and Raley’s etc. The global food and grocery retail market’s growth is estimated to grow rapidly over the next few decades. This makes the industry highly lucrative and competitive. Trader Joe’s competes with its rivals through its unique business model of three pillars: Unique marketing efficiency, Operational efficiency and strategically designed shopping experience. With its product portfolio of diverse range of offerings, cult brand creation, streamlined supply chain and value proposition of Less is more (Quality over Quantity), it has managed to acquire a strong customer base with brand loyalty that helps it in competing with its rivals.

Even though product differentiation is low in this industry, Trader Joe’s has managed to curate a portfolio of unique product offerings.

To conclude, the above Trader Joe’s Porter Five Forces Analysis highlights the various elements which impact its competitive environment. This understanding helps to evaluate the various external business factors for any company.