The threat of new entrants in the Cisco Porter Five Forces Analysis can be explained as follows:

Cisco is a world leader in manufacturing IT solutions & networking hardware, and has its business spread globally. Threat of new entrants is relatively low due to intensive capital requirements and requirement of technological knowledge. Even though switching cost is low for customers, it has a loyal customer base who continue to buy due to quality product offerings. Through supply side economies of scale, Cisco is able to provide products at affordable prices, which entrants find hard to emulate thereby deterring new entrants to compete. By building capacities and innovating with its products, Cisco has managed to tackle the threat of new entrants. By building a robust distribution and high focus on R&D and high differentiation makes it difficult for the new entrants to emulate. The company’s acquisition strategy has also helped in competing in new technologies and networking solutions which new entrants are offering, thereby reducing their threat. 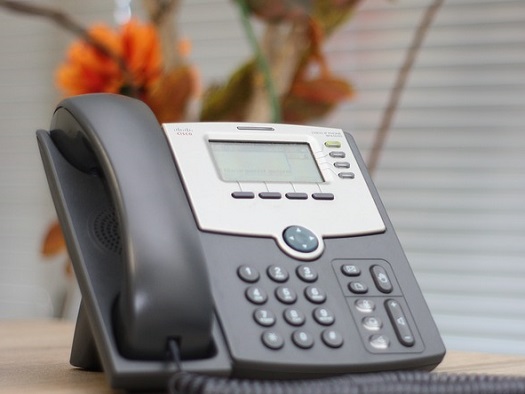 Below are the threats of substitute products of Porter’s Five Forces analysis of Cisco:

Threat of substitute products is low to moderate.

In the network and telecommunication service industry, the threat of substitutes is moderate, but since Cisco has very high market share and offers quality products at affordable prices, the threat of substitutes is relatively less. The company faces the threat of substitutes from countries like India and China, where they offer cheap products and since they have become global emerging markets for network and telecommunication services with their innovative range of offerings, Cisco’s market share in these countries is slumped. To deal with this threat, Cisco is improving its performance in terms of innovation and quality and maximizing value for money to retain its customer base. By acquisition of networking solutions such as WebEx and LinkSys etc., it is trying to compete with its substitute products by offering after sale services. By building customer loyalty and strong brand proposition, Cisco is trying to leverage this brand image to compete with its substitutes.

In the Cisco Porter Five Forces Analysis the bargaining power of the customers can be explained as:

In addition to that, launching new and innovative products will reduce the defection of existing customers and will help in tapping new customer bases.

Following is the bargaining power of suppliers in the Porter’s Five Forces analysis of Cisco:

Bargaining Power of suppliers is low. There are numerous suppliers and its highly concentrated supplier market due to which Cisco and its competitors have various alternatives of suppliers. Since the switching cost is also low, they can easily switch across multiple suppliers. The company has a complex global network of manufacturing partners and suppliers. Some of Cisco's major suppliers are: Delta, Broadcom, Foxconn, Fabrinet, Samsung semiconductors, Nvidia, Intel etc. Cisco has high bargaining power because its suppliers do not offer differentiated products. Even if there is any threat from its suppliers, it deals with it through its intensive global network supply chain. It also depends on alternative substitutes of its raw material to reduce the direct dependencies on particular suppliers. There's a low threat of forward integration by suppliers due to high fund infusion and high knowledge requirements in this industry. To increase its bargaining power against its suppliers is important for maximizing the profitability of its business.

The impact of key competitors in the Cisco Porter Five Forces Analysis is as follows:

Cisco is in a Networking and communication Industry where there are multiple existing players, hence the rivalry to attain market share is intense. Cisco’s major competitors are Juniper Networks, AT&T, Huawei, Dell Networks, VMware, Netgear, Arista Networks etc. Industry growth is also high which makes it even more lucrative for existing players to compete and thus cutthroat competition. The company has competed through its differentiated product offerings. Launching products with emerging technology and with game changing trends, can help the brand leverage the current market share it enjoys. To compete in the saturated market and increase its demand and sales, Cisco is working to come up with innovative and creative products with diversifying range to attract and retain its customer base. With the high exit barriers, the companies who are finding it hard to survive continue to stay in the market, which further increases the competition.

By producing on scale to cut cost and offering sustainable differentiation in its product offerings, Cisco can compete with its competitors.

To conclude, the above Cisco Porter Five Forces Analysis highlights the various elements which impact its competitive environment. This understanding helps to evaluate the various external business factors for any company.