The threat of new entrants in the Microsoft Porter Five Forces Analysis can be explained as follows:

Microsoft is a global technology firm that has a presence in multiple fields such as computer software, operation systems, consumer electronics, PCs, cloud computing platforms, etc. Microsoft's operating system, Windows, is the world's highest used PC operating system with a share of almost 95% and thanks to that, the office suite is also the most used in the world with a similar number. This number is achieved post multiple updates over decades and involves huge research and development costs, technology investments and reputation built over the years. For any new entrant into the field, to become an established player in the market will involve all these above-mentioned investments, along with the ease to shift over to their operating system from windows. Microsoft has secured to not losing its market share due to market expansion by inking contracts with hardware manufacturers to preinstall windows by default. This, coupled with the brand equity of Microsoft, the above-mentioned factors, and its sheer market share as well as the power to steer the market will pose as heavy barriers of entry for the new entrants. Hence, the threat of new entrants can be considered low. 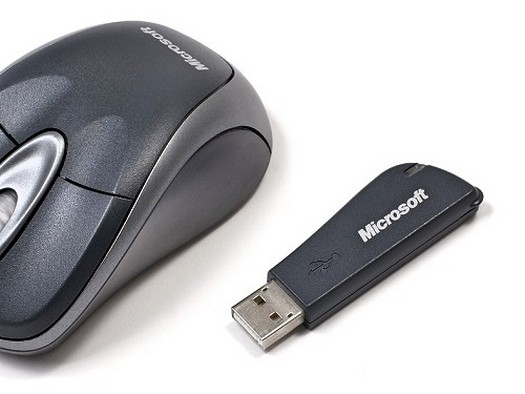 Below are the threats of substitute products of Porter’s Five Forces analysis of Microsoft:

Microsoft's products are not for free and open source.

Users are required to pay for the products post, which they will be able to access the services. It also operates on the soft as a service in the cloud industry with its product Azure and the server version of operating systems used therein. Given the sheer market share and absence of any other major players in the PC market, Microsoft enjoys a low level of competition. A substitute can be defined as any product or service that have the potential to compete and replace its products. The main competition in the PC market for the windows operating system is MAC OS which is specific to Apple devices, and the open-source community's favorite, Linux and its distros. There are multiple versions of Linux distros, such as the Red Hat Linux, Fedora, Debian, versions built on Debian such as Ubuntu, Elementary OS, and many more. It had also expanded to the tablet market a bit. The main threat of substitutes that Microsoft can have been not from another SAAS operating system but from the open-source community. Zorin OS, a Linux distro, even has an interface modelled after windows and can be a potential substitute for anyone moving away from windows and transitioning to Linux but are not well versed with it. Microsoft identified this threat and started venturing into the cloud platforms as well. Hence, we can say that the threat to substitutes for windows is low to moderate.

In the Microsoft Porter Five Forces Analysis the bargaining power of the customers can be explained as:

Customers are the ones that purchase Microsoft products and services. The bargaining power of customers is determined by factors like the number of competitors in the market, the cohesive behavior of the customers, purchase size, availability of substitutes, affordability of substitutes, etc. Let us look at it one after another. The number of competitors is fairly low for both the cloud platform operating systems as well as the office suite market. There is a handful of major players in the cloud market, such as the Google Cloud Platform (GCP), Amazon Web Services (AWS) and Azure which is Microsoft's own platform. In the operating systems market, there are players like Linux, its distros, MAC OS in addition to Windows. Similar is the case with the office suite. The customers of Microsoft can be fairly divided into two, individual customers and organizations. Individuals do not have cohesive behavior patterns, and the purchased quantity is low. On the other hand, the organizations purchase Microsoft's products in higher quantities and therefore have the higher bargaining power for discounts. The same is the case in bargaining power. Substitutes are available, as mentioned previously, but the switching costs are considerable, given there is a fair bit of user training involved.

Considering all these factors, the bargaining power of customers is low to moderate depending on the type of customer.

Following is the bargaining power of suppliers in the Porter’s Five Forces analysis of Microsoft:

Suppliers are the entities that provide Microsoft with the essential input materials to produce its products. These include the platforms that the brand uses as Infrastructure as a service, platform as a service, etc. Apart from these, there are the firms that supply hardware components to its products, such as the Microsoft surface. In the second case, the differentiation of the suppliers is not much, and hence, it can procure them for any other firm that supplies them. Additionally, as the company had invested a lot in the past in the field of research and development to get their products ahead of the competition and to the stage where there are, it is highly impossible for the suppliers to forward integrate to a similar extent pose as competition to Microsoft. Given the scale at which the brand operates and its huge brand equity, Microsoft will have the upper hand in the bargains and have higher bargaining power against the suppliers. In view of all the reasons mentioned above, we can say that the bargaining power of suppliers is low.

The impact of key competitors in the Microsoft Porter Five Forces Analysis is as follows:

There are few competitors in the software market, but the business is always on the rise. The current players such as Apple, IBM, along Microsoft compete to attain a higher market share in this competitive cloud and software industry. All of the competitors invest heavily in addition to Microsoft to innovate and differentiate themselves, stay ahead of the competition and bring first in the segment kind of products into the market. It must also be noted that given all the competitors operate at a large scale, they have common suppliers for resources, and they compete for an upper hand there is well. This is the same in the case of the Gaming industry that Microsoft got into using the XBOX product line as well, where established players such as Sony and Nintendo operate.

In view of all the aforementioned factors, we can say that the competitive rivalry is high.

To conclude, the above Microsoft Porter Five Forces Analysis highlights the various elements which impact its competitive environment. This understanding helps to evaluate the various external business factors for any company.