The political factors in the Microsoft PESTLE Analysis can be explained as follows:

Microsoft had to do strong lobbying with the governments of different countries so that there is a positive image of the company in government circles. The company has paid more than 10 million $ in two years towards lobbying to build a favourable image of the company in political circle. Microsoft grabbed the attention of governments due to the anti-trust related issues. The government put the blame on Microsoft for creating monopoly as Microsoft is offering bundling software and it was alleged that Microsoft made it difficult for the consumers to uninstall it browser and use a competing browser. 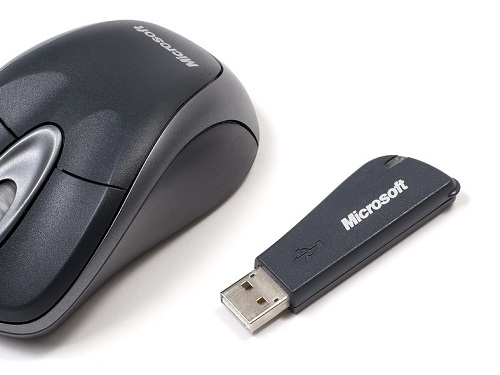 Below are the economic factors in the PESTLE Analysis of Microsoft:

The GDP of the country, its people disposable income, inflation are the important factors which can provide both the opportunity and threat to the company.

Microsoft is a worldwide known company and its Windows 10 is the worlds most used operating system. In 2008 recession, when the financial crisis is at its peak, Microsoft business has affected so much so that it has to lay off 5000 employees. The increasing income of people in developing countries provides a great opportunity for Microsoft as many people are buying laptops and computers as on most of the computers Microsoft operating works.

The adoption of computers and laptops has seen dramatic increase in recent future in every part of the world. The company needs to adapt itself according to changes in the customer preferences, trends and cultures. when there is a boom in laptop and computers sales, it benefitted a lot to the Microsoft as its operating system became everyone’s favourite in no time. But now people are using mobile more than anything. For people mobile became a necessary part of their life. But Microsoft doesn’t grasp this change and focuses mainly on laptops and computers. Microsoft major products are compatible with computers only and not for the mobiles and it is necessary for Microsoft to focus now on smartphone users to increase its sales.

The technological factors in the PESTLE Analysis of Microsoft are mentioned below:

Microsoft is the world leader in technological innovation. It is the first company in the world which introduces operating system which revolutionize the world. It introduced the feature of Start button which became so popular that it has to relaunch it after Microsoft scrapped it in 2012. It launched the once most web browser ‘Internet Explorer’. Internet explorer opens up the window to the world. With its exceptional features, people can find any information within seconds and can communicate with people sitting on other parts of the world. It revolutionized the information age. Microsoft is continuously improving its operating system to give the seamless experience to its customers. Its latest windows 10 is the world’s most used operating system.

It has also purchased the Nokia in 2017 to increase its share in the smartphone market.

Following are the legal factors in the Microsoft PESTLE Analysis:

Microsoft is the world’s largest company in the world. So, its chances of getting in legal issues is very high. The total lawsuits playouts it has given till now amounts to whopping 9 billion. The company entangled into legal imbroglio when its 8,600 current and former employees filed lawsuit against the company for gender discrimination. The lawsuit said that Microsoft systematically discriminate against female engineers and IT employees. It was alleged that one out of 120 gender discrimination complaints made by female Microsoft employees was looked upon by the Microsoft internal complaint investigation team. In 2018, a person sues Microsoft after a forced Windows upgrade destroys his PC. The person purchased the Asus laptop in which Microsoft windows 7 was preinstalled but the computer became non functional when the upgrade to windows 10 failed. The company needs to be very careful in today's time to satisfy the customer needs at the same time keeping in mind that nobody is discriminated on any basis.

In the Microsoft PESTLE Analysis, the environmental elements affecting its business are as below:

Since every major company is going green in today’s world, it is but obvious for Microsoft (the world’s largest company by market capitalisation) to take green initiative as a priority project. In 2019, Microsoft has been ranked as the world’s most environment friendly company according to the reports published by Just Capital. Microsoft is giving grants to use AI to address global warming. Microsoft has given grant of 500,000 to universities to stimulate research on environmentally sensitive computing.

Microsoft is a 100% carbon neutral company. It also charges an internal carbon tax on its own business for the dual purpose of its units to be more environment conscious and to pay for the climate change from the tax collected. Microsoft has committed to spend 50 million$ in the five years to support projects that will use Microsoft AI and machine learning technology to tackle environmental challenge.

To conclude, the above Microsoft PESTLE Analysis highlights the various elements which impact its business performance. This understanding helps to evaluate the criticality of external business factors for any brand.