The political factors in the ALDI PESTLE Analysis can be explained as follows:

ALDI, a German discount supermarket chain has stores in over 20 countries. Any conflict between the countries globally would affect the sustainability of the company. But things have turned in ALDI’s favor after Britain set to leave European Union. As the prices of fresh goods will rise after Brexit, the supermarkets will transfer this rise in price to the consumers which will force consumers to shift from them to the discounters like ALDI. But ALDI faced threat from weakening of pound and there was a price war going on between the supermarkets in the UK due to Brexit which had become a major reason of the drop in the profit of ALDI. 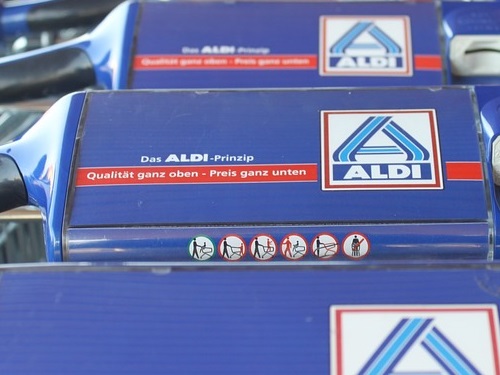 Below are the economic factors in the PESTLE Analysis of ALDI:

By 2018, ALDI had 7.3% of the UK grocery market. The demand of consumers has shifted towards discounters like ALDI because they now preferred convenience over range. Although ALDI has caused deflationary impact on Australian economy. Increased supermarket discounting has led to reduction in prices of many products which has made it even more difficult for Australia’s Reserve Bank which has been desperately trying to boost inflation for years. Due to increased demand of ALDI, supermarkets like Morrisons has to close stores and lay off workers while Sainsbury and Asda announced a merger. Tesco bought discount wholesaler Booker and launched its own discount chain named Jack.

Currently ALDI is among the highest paying supermarkets in UK after giving a pay rise to its 3000 staff members. High wages will lead to better standard of living of the people. They will be able to afford more facilities like proper healthcare and better food thus benefitting the society. ALDI aims at teaching 1.2 million children in UK to heat healthy food by its Get Set to Eat Fresh Initiative. ALDI believes in giving its customers a satisfactory feeling of paying less than they thought for a trolley full of goods. The awareness of saving money makes the experience at ALDI pleasurable. The rise of ALDI in the supermarket shows that people believe that there is no shame rather there is satisfaction in shopping at a discount supermarket. It provides a very basic store layout with no fancy lights and big spacious rooms. It believes in providing the goods at the lowest possible price to its customers with adding any cost of these extravaganza. It is known for its flash sale. It includes items like Ski poles and cycling equipment for only a short period of time to add quirkiness and to be different from their competitors.

The technological factors in the PESTLE Analysis of ALDI are mentioned below:

Being a global supermarket chain, ALDI needs to be updated with the technology in order to enhance its customer base. Customers are expecting convenience from them rather than staying in a long queue only to buy a few products. It has provided its customers with an ecommerce platform which is designed to serve both online and store customers. It will attract them for ALDI’s proposition of quality, simplicity and value. Usage of internet via social media platforms like Facebook, Twitter allows it to interact to its customers and inform them about various offers which will be available. They have invested in insulated panels and roof mounted system to enhance their storage and office space. Another major technological initiative taken by the company is the feature of contactless payment.

This move was taken by keeping in mind about the millennials.

Following are the legal factors in the ALDI PESTLE Analysis:

ALDI has faced copyright issues on its brand campaign “Like Brands. Only Cheaper”. It has been a runaway success but it displayed non ALDI products and compared it with the ALDI products. The jurisdiction does not allow comparative advertising in print which became a problem for the company as a result of which company had to stop it flagship advertisement. This could be a loss for the company as customers get connected to the brand on the basis of the advertisement. The company is also facing legal action from small businesses over knock off products. If they win the suit, then it will have an impact on the type of products that is labeled as its own by the ALDI. ALDI has to see on these cases in order to maintain its brand image and to retain customer’s loyalty.

In the ALDI PESTLE Analysis, the environmental elements affecting its business are as below:

ALDI has been purchasing their stock from local producers and farmers in order to ensure their sustainable development. It has plans to convert all its private labeling packaging to recyclable, reusable or compostable by 2025. It will be even attracting more environment friendly customers along with saving the environment. They have been charging their customers for the bags, encouraging them to bring their own. They are currently working on reducing the waste created due to home delivery packaging.

ALDI has received its GreenChill certification for using sustainable refrigeration. It has also installed insulated panels in order to reduce the usage of energy. It should continue to adopt new environmental friendly ways in order to grow and attract more environment friendly customers.

To conclude, the above ALDI PESTLE Analysis highlights the various elements which impact its business performance. This understanding helps to evaluate the criticality of external business factors for any brand.