The threat of new entrants in the Hungry Jack's Porter Five Forces Analysis can be explained as follows:

Hungry Jack's is a leading fast food chain brand of Australia. Numerous big players in the fast-food industry have a high level of rivalry among them due to less differentiated products, so any new entrant would be discouraged by the profitability of entering the sector. The Fixed cost required by the fast-food chain is higher, so any new entrant would not be able to offer competitive prices compared to well-established chains because they are operating at economies of scale. Also, the big players like McDonald's, Hungry Jack's, etc., will adopt aggressive pricing in order to turn down the new player. Another reason may be the higher marketing and advertisement budget requirement because the less differentiated product might not favor new entrants. So overall threat of new entrants in the fast-food industry is low. 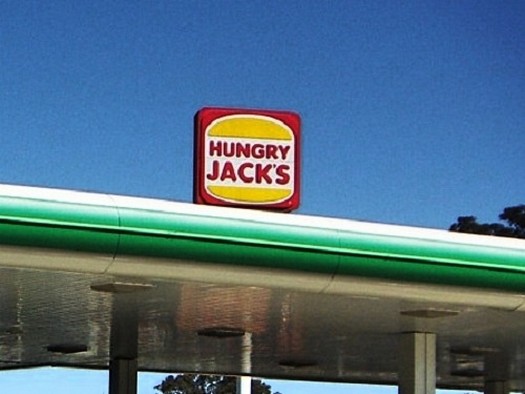 Below are the threats of substitute products of Porter’s Five Forces analysis of Hungry Jack's:

Due to covid-19, people have recognized the benefits of home-cooked food and healthy eating habits. Also, fast food leads to obesity leading to various diseases. So, home-cooked food and healthy food offering can be the substitute for fast food offered by Hungry Jack's. But according to analysis cited by Australia’s food environment dashboard, people are not shifting to healthy food due to the time required to cook healthy food, its accessibility, and its cost. Also, the kind of marketing offers offered by fast food attracts the consumer more, while due to low demand for healthy food, it is not accessible, and the price is more than the fast food. So, the threat of substitutes is low to medium for the current environment and eating habits.

In the Hungry Jack's Porter Five Forces Analysis the bargaining power of the customers can be explained as:

There are many options for consumers to buy and enjoy fast food in Australia, so the customer's switching cost is low. They can easily switch to a company that can offer lower prices, better food quality, innovative products, and better services to them. One of the differentiations between Hungry Jack’s is that it offers flame-grilled products while other players do not. This creates a distinct taste for the customers, making them buy their products at specific higher prices to enjoy the taste. Also, the fast-food industry has to offer prices lower than healthy food options and attract them with offers in order to be able to sell; otherwise, the consumers will shift to substitutes.

So, the overall bargaining power of customers is medium to high.

Following is the bargaining power of suppliers in the Porter’s Five Forces analysis of Hungry Jack's:

There are numerous suppliers available in the market to supply to the fast-food chains. The products offered by them are undifferentiated, so the switching cost for any outlet among the choices of suppliers would be low, thereby decreasing their bargaining power. Also, the supplier would like to connect to the bigger fast-food chains like McDonald's, Hungry Jack’s, Pizza Hut, Subway, etc., in order to get the volume orders and stability; hence they will be willing to negotiate for the prices of supplies with outlets. The suppliers cannot forward integrate to the business of fast food due to intense competition and higher capital requirements, decreasing the threat of forward integration and reducing the bargaining power of suppliers. So, the overall bargaining power of suppliers in the fast-food industry is low.

The impact of key competitors in the Hungry Jack's Porter Five Forces Analysis is as follows:

The fast-food industry is a highly competitive industry due to less differentiation among the food offered by the competitors. Due to multiple players, the switching costs for customers decrease, increasing the rivalry. The fast-food sector is a high-growth sector, so the volume of sales of the industry will increase the profits of all, thereby decreasing the rivalry. There have been many price wars between different brands such as McDonald's, Hungry Jack's, etc., in order to capture each other's customers. Due to the rivalry, McDonald's has also been a legal case on Hungry Jack’s to copy its product like big mac by the name of big jack showing the knock-to-knock fight for each other offerings and customer attractions.

So, overall, we can conclude that there is intense competition among the fast-food players making it difficult for players to retain higher profitability or omega customers.

To conclude, the above Hungry Jack's Porter Five Forces Analysis highlights the various elements which impact its competitive environment. This understanding helps to evaluate the various external business factors for any company.