The threat of new entrants in the Qualcomm Porter Five Forces Analysis can be explained as follows:

Qualcomm is a global firm that specializes in semiconductor design and manufacturing as well as wireless telecommunications equipment. It creates semiconductors, software, and services related to wireless technology. The popular mobile processor chip family ‘Snapdragon’ is made by Qualcomm. The threat of new entrant in this industry is low. Computer/Mobile chip making has evolved into complex designing (both hardware and software) which was result of several years of Research and Development by the various company. Hence it is not easy to enter in semiconductor chip making without having proper knowledge of technology and IP rights. Several brands like AMD, Nvidia, Intel, Qualcomm, etc. have invested a large amount of money in R&D, property, plant and equipment required for chip designing and manufacturing. Hence, only firms who can invest a large capital and willing to take risk can enter this industry. Several existing firms in this industry have invested heavily in advertisement and to gain market share. As a result, only few companies were able to survive and are in the industry for several decades. There is high brand recognition of the existing players among the consumers. Hence, not everyone can enter in this industry easily. If anyone wants to enter it will take years to build its brand among the consumers. Existing players are quite aggressive and it’s not easy for a new player to survive. However, there are some Chinese firms trying to enter in semiconductor chip manufacturing and designing by providing low-cost product to the customer. Overall, threat of new entrants is low. 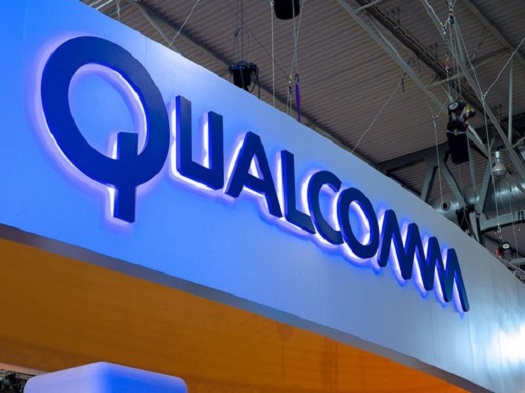 Below are the threats of substitute products of Porter’s Five Forces analysis of Qualcomm:

Threat of substitute for Qualcomm is moderate.

As there are very few firms providing same product in the market hence there is not a lot of option to substitute. The threat of substitute is moderate as Qualcomm has invested heavily in research and development as a result, it provides better performing and quality product to their customer. Also, there is high switching cost for a business/consumer in computer chip industry because of compatibility and dependency issues. Availability is another factor while considering the substitute. There is semiconductor shortage going on in the industry. Hence even if customer want to switch to its substitute, it is not readily available. However, there are firms which provides chips which can perform same task. Hence, it is possible for a business/consumer to switch another product. The company competes with Huawei, HTC, Nokia, and Samsung in mobile phone technology and MediaTek and Samsung in the semiconductor market. Overall, the threat of substitute is moderate.

In the Qualcomm Porter Five Forces Analysis the bargaining power of the customers can be explained as:

The bargaining power of Qualcomm’s customer is low. In semiconductor chips and mobile technology, a lot of hardware and software around it depends on that chip. Hence switching to another product will require lot of changes and hence lot of time and money. Hence, customers cannot easily switch and has low bargaining power. Only few players are there in the industry, a customer does not have lot of option. The customer has few options to choose from and do not have much control on the prices. Hence, low bargaining power of customer. The end users recognize Qualcomm and demand mobile phones which has its chip inside it. Hence because of demand from end-user smartphone makers don’t have any option but to use Qualcomm chips and technology in their products.

Overall, the bargaining power of customer is low.

Following is the bargaining power of suppliers in the Porter’s Five Forces analysis of Qualcomm:

The raw material for mobile technology and semiconductor chips is standardized and is readily available from number of players. Qualcomm has easy access to raw material required for manufacturing/fabrication of its chips. Hence, bargaining power of supplier is moderate. Moderate size of supplier results in less pressure on a firm which gives advantage to Qualcomm which is huge in size. Hence bargaining power of supplier is low in this respect. The tech and chips that these suppliers provide are generally standardized and there is not much differentiation among different chips from different suppliers. Hence, it is easy for buyer in this industry to switch suppliers. R&D investment by Qualcomm and IP right which it has does not allow forward integration to happen by its supplier. Suppliers are highly dependent on few players in the industry. Overall, the bargaining power of suppliers is low.

The impact of key competitors in the Qualcomm Porter Five Forces Analysis is as follows:

Competitive rivalry among the existing firms is very high. The semiconductor industry faces high competition and the rivalry among the firms is very high. Each player is expected to release next and upgraded version of their product every year. Competitors releases several products and feature for their customer in a year. Some direct competitors of Qualcomm are MediaTek and Samsung. Other competitors include HTC, Huawei, and Nokia. Even though the market in developed economies is saturating, there are lot of opportunities available in emerging and developing economies. Market is growing and is expected to grow for some time. Firms don’t have to compete for market share as market itself is growing. There is high switching cost for smartphone manufactures, once you stablish a contract with an OEM it will continue for several years and there won’t be any competition there. Companies in the industry want to lower its cost through economies of scale and hence they don’t hesitate to lower their price to gain market share and reduce cost through economies of scale. All the firms have heavily invested in the industry it is difficult from them to leave the industry. Hence, though there are few players, they are very aggressive.

To conclude, the above Qualcomm Porter Five Forces Analysis highlights the various elements which impact its competitive environment. This understanding helps to evaluate the various external business factors for any company.