The threat of new entrants in the Lamborghini Porter Five Forces Analysis can be explained as follows:

Threat of new entrants is relatively low due to intensive capital requirements and agile product development and diversification strategies of existing players. Entrants also find it hard to survive due to a strong base of loyal customers. Due to supply side economies of scale and demand side benefits of scale, Lamborghini has the ability to reduce prices thereby making it cost competitive, deterring new entrants. Customer switching cost is also high which discourages new entrants to compete. Even though new entrants can build a strong distribution network, innovation and high investment in Research and Development and high differentiation makes it difficult for the new entrants to emulate. In addition, strict government regulation in terms of licensing and legal requirements act as an entry barrier which is favorable for incumbent firms like Lamborghini. Retaliation from existing players by colluding with each other to prevent new competition further discourages new market players. 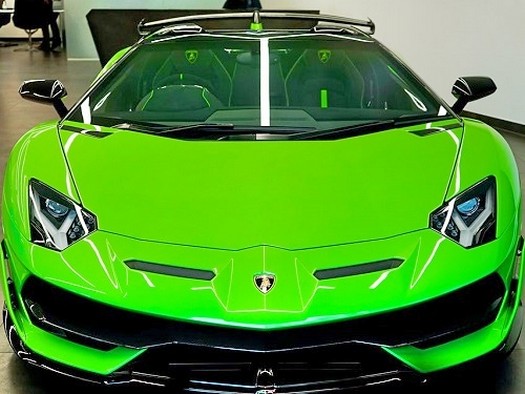 Below are the threats of substitute products of Porter’s Five Forces analysis of Lamborghini:

The substitutes which are available are highly expensive and have low brand proposition which reduces the Lamborghini’s threat of customer defection. Customer loyalty is high and since their customer segment is usually elite people, they do not switch easily. Switching costs are also high due to associated psychological and economical costs. Lamborghini offers differentiated and diversified products and innovates with its offerings which help it in attracting and retaining its customers. Due to its substitutes it faces the risk of diluting its brand, however substitutes do not offer the same quality. Luxury bikes can be considered as the substitutes of luxury cars like Lamborghini, and to address this, Lamborghini focuses on branding like luxury of driving highly automated car and coming up with features to differentiate itself from its substitutes or ‘distinctive experience’ to get competitive edge over its substitutes.

In the Lamborghini Porter Five Forces Analysis the bargaining power of the customers can be explained as:

Bargaining power of customers is moderate. Lamborghini and other luxury car manufacturers offer highly differentiated products. Customer loyalty is very high in this market segment due to which customers have low bargaining power. Also, due to low market knowledge and substantial capital investments in this category, there is also less risk of customer backward integration. Because of the brand value and accompanying psychological and economic costs, customers' switching costs are substantial, providing Lamborghini an advantage over its buyers. Although target customers want new and innovative cars, they are demanding and they have high expectations from the luxury car brands to come up with something new and exclusive, which gives them some bargaining power. Lamborghini and other luxury brands need to work on its R&D to provide improved performance, quality and better technological features with every new release.

Lamborghini improves its competitive stance by building strong customer loyalty and providing exclusivity to its customers, limiting their bargaining power.

Following is the bargaining power of suppliers in the Porter’s Five Forces analysis of Lamborghini:

Bargaining power of suppliers is low to moderate, since the suppliers are numerous in number. Switching cost for companies in changing the suppliers is low as most of the suppliers offer similar kinds of products rather than differentiated ones. Multiple suppliers are dependent on a single Car manufacturer rather than the other way around, which gives more bargaining power to car manufacturers. Threat of supplier’s backward integration is low as this segment requires high capital investment in R&D and innovation. However, since these suppliers bring expertise and innovation that aid the company in maintaining quality standards and delivering reliability, and as a result, Lamborghini maintains close ties with its suppliers. Luxury car manufacturers like Lamborghini are very particular about the luxury supplies like leather seats, real wood interiors etc. and thus to preserve the image of exclusive materials, they purchase the supplies only from a few particular suppliers, which gives suppliers moderate negotiating power.

The impact of key competitors in the Lamborghini Porter Five Forces Analysis is as follows:

Lamborghini is a manufacturer of luxury sports cars and SUVs. This market segment has intense competition even though the players are few. The major competitors of Lamborghini are Ferrari, Maserati, Bugatti, Bentley, McLaren, Porsche, Aston Martin etc. The Sports car industry is lucrative with the projected valuation of USD 566 billion in 2026 with an estimated CAGR of 5%. This makes this industry highly competitive. Exit barriers are huge because it requires intense capital requirements and thus players who are finding it difficult to survive struggle to bail out and continue in the market to attain some market share. Lamborghini competes with its competitors by offering highly differentiated products and incorporating technological innovations in its cars to increase its performance. With its loyal customer base, product portfolio(Hurricane, Aventador, Veneno) and global presence in 130+ countries, Lamborghini is working on its brand loyalty, which gives it the competitive edge.

By branding itself as ‘Less is more’ and offering exclusive and limited edition innovative cars, Lamborghini maintains its competitive edge in the fierce competition.

To conclude, the above Lamborghini Porter Five Forces Analysis highlights the various elements which impact its competitive environment. This understanding helps to evaluate the various external business factors for any company.