The threat of new entrants in the Sky Porter Five Forces Analysis can be explained as follows:

Sky Plc., formed as a merger between Sky Television and British Satellite Broadcasting in 1990, became Britain’s largest media and telecom company. Presently, it stands at a market capitalization of around 25 billion Pounds. The newer entrants can only enter the market if they have better offerings, cheaper prices, or better value proposition to offer to the existing customers. However, the diversified portfolio of offerings at Sky have significantly hedged its risk against such players. The other type of new entrants can be disruptors like OTT platforms, which have come in and altered the market and user behavior altogether. Similar is the case with telecom operators, which must continuously innovate to find their place in the highly dynamic and fast-changing industry that it is. However, this requires significant investment from the end of the newer players, which is difficult to secure since there are already very few gaps in the market if any. Therefore, we rate the threat of new entrants to be a moderate force affecting the competitive landscape of Sky. 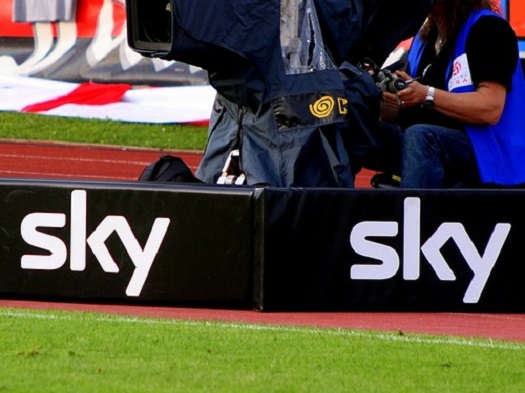 Below are the threats of substitute products of Porter’s Five Forces analysis of Sky:

Substitute products like OTT are technologically advanced and based on user-generated data, helping these companies tap more effectively into the customer sentiments and thus provide greater satisfaction.

These platforms get better as the user invests more time in it, as the algorithm can efficiently suggest content, they are more likely to enjoy. A shift to these substitute services is evident in the last 4-5 years and has accelerated even further after the coronavirus pandemic. The company can consider navigating through the threat of substitutes by constantly innovating its offerings and changing the dynamics from being a product to a service, thus becoming more customer centric in the process. Therefore, we may conclude that the threat of substitutes is a strong force defining the competitive strategies for Sky.

In the Sky Porter Five Forces Analysis the bargaining power of the customers can be explained as:

Customers of Sky have several other alternatives, both in similar product ranges and substitute products, which they can easily switch to. These customers are adamant about the price-offering tradeoff and want the best offerings at a cheaper price. These overall hampers the profitability of the company. The company doesn’t have a network of its customers and the switching cost for them remains very low. The customers hence need to be given lucrative discounts and upgraded offerings, to make them stay glued to the company.

Hence, we may conclude that the bargaining power of the customers is a significantly strong force to impact and alter the competitive dynamics of Sky, which needs to constantly innovate and transform itself to satisfy the changing customer demands to remain relevant and profitable in the years to come.

Following is the bargaining power of suppliers in the Porter’s Five Forces analysis of Sky:

The suppliers in the media industry are well diversified and hence individual suppliers may not matter to the company as much. However, these suppliers take advantage of occasional exclusivity of content while pitching it to the company. If Sky finds it substantial enough to interest the customers, the bargaining power of the suppliers increases manifold. This is because the same person can contact a competitor of Sky and sell the same content. These suppliers take advantage of the information asymmetry and extract higher margins, thus reducing the overall profitability of the company, which is forced to operate at narrow bottom lines. These suppliers often have good relationships with the sources, which is the leverage they thrive on. Having a better network of suppliers could mitigate the bargaining power of suppliers, which presently continues to be a moderate force to shape the competitive decision-making for the company.

The impact of key competitors in the Sky Porter Five Forces Analysis is as follows:

The competition in the media and telecom industry is very high because of similar pricing strategies and low differentiation in offerings. Newer and unconventional players have been able to penetrate the markets, owing to popularity of the internet even in the remotest parts of the world. The switching cost of the consumer remains to be significantly low, hence allowing for a transient nature of floating customers. This aggressive pricing has taken a toll on long-term profitability of the company and hence raised question marks on its strategies. One of the ways to navigate through this “red ocean” is to create a sustainable competitive advantage to attract newer customers and gain market share. The company also needs to diversify its offerings and make the deal more lucrative for the customers.

Therefore, we can conclude that the competitive rivalry is a strong force while assessing the competition for Sky.

To conclude, the above Sky Porter Five Forces Analysis highlights the various elements which impact its competitive environment. This understanding helps to evaluate the various external business factors for any company.