What is Positive Action?

Positive actions are actually a set of activities done to bring out positivity in certain groups or individuals. Positive action actually helps in motivating people to come over any stereotype thinking and start competing with a positive attitude.

There are legal basis for the concept too like Equality Act, 2010 which says that positive action is a set of actions done to represent and protect some disadvantaged group who otherwise are a victim of discriminated thinking and activities. A person is never first the victim of his own thoughts, it’s the thoughts that built upon his / her mind influenced by what others speak and spread. Positive actions help change that already set up mindset. The person starts getting higher motivation and a positive mental attitude to try things which s/he has never done before. The person tries to break free the web of disillusioned thoughts. Sometime even positive reinforcement helps develop a good positive action. 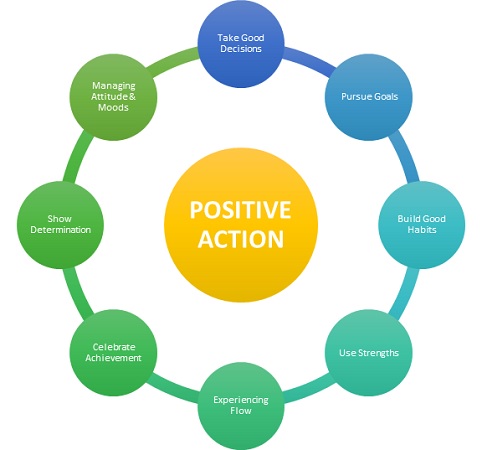 The steps, activities or plans to take any positive action consists of the following:

We all live in the same society. We all know that there is a set of rules that is decided and injected in the society. Some thoughts help us in our daily work and some do not. That’s fine, because not everything or say every rule will work to our benefits. But there are some mindsets, we cannot say them exactly conservative thinking but thoughts which are built up through a tangle of stories and believed philosophies. As a result of this, some groups of people face disadvantage and discrimination in the way of their life. Positive actions talks about changing the built up thinking and save them from discrimination. But it should not be confused with any such quota system which benefits a particular group more than the other groups just in the name of uplifting them and giving them more opportunity. Positive actions help people to uplift themselves but not by giving undue advantage over others. They have to run the same race but with a packet of different thinking that would result into a successful fruit for them. Our society is a big barrier sometimes to many. It does not allow people to grow up and carve their paths. It stops them mid the way and hinders their whole path of life.

Advantages of taking a positive action are:

2. Protect the rights of the people.

3. Help people run in the same race, rather than giving them undue advantage over the other groups.

4. In business, encourage and motivate employees

Disadvantages or drawbacks of positive actions are:

1. Society people with a typical mindset may revolt against them.

2. Riots and community wars are possible.

We all are aware how gender discrimination is prevalent in the society. The best example which is very much visible is that of the career option that the males and females opt for. We have always seen a lot of females are not allowed or are reluctant to go for professional courses or even opting for science as a field. This is just because it is always thought that professionally boys are better and also they have better mental abilities so they should opt for science and girls should go for normal courses with arts / humanities as a background. Thing is no subject is less usable, they all have the same opportunities and scope. It matters purely on the interest of the student, not on the basis of gender. In such cases positive actions like conducting seminars and counselling can help overcome such mentality.

Hence, this concludes the definition of Positive Action along with its overview.