Let us start the Under Armour Porter Five Forces Analysis:

The threat of new entrants in the Under Armour Porter Five Forces Analysis can be explained as follows:

Under Armour is a well-established sportwear and equipment manufacturing company. If any new firm tries to enter this market, they will have to face huge costs, starting from the initial manufacturing costs, establishing a distribution channel, investing in research and development, and establishing their name in the sports apparel industry which is already very competitive. Thus, the barriers to entry are very high which discourage firms to enter this segment. Under Armour ensured that it entered the market from football accessories and gained the market recognition when it introduced its new white shirt to be worn under sports dress. These already established firms also enjoy the benefit of economies of scale, something which the new firm will have to bear for a very long time. It is possible that small companies enter the market and cater to customers of limited extent and then slowly gain their market share but that is a time taking process and the existing firms will be way ahead of them. Until and unless, any new firm bring about a revolutionary product in the market, it is difficult for them to gain market share and thus the threat of new entrants is very few in this industry. 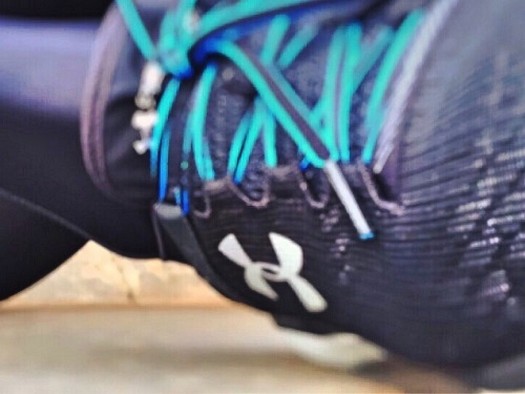 Below are the threats of substitute products of Porter’s Five Forces analysis of Under Armour:

The clothing industry is filled with substitute products and there are a lot of other products which can attract the customer rather than Under Armour’s sportswear but at the same time, the demand for sportswear is on an increase and people are getting more gravitated towards them which is increasing the sales of the products.

People are becoming more aware about sports and due to the availability of diverse range of products, they are becoming more conscious. Because it is a growing segment, many new firms are willing to grab a share of it and introducing their products. The switching costs are low and being a clothing brand, the styles are erratic and hence the customers might change their preferences depending upon the fashion trends. As there is less product differentiation, it is important for Under Armour to improve on their customer experience and not just the product so that the buyers feel related and stay connected to the company rather than switching over to the substitutes. Thus, the threat of substitutes is high in this industry.

In the Under Armour Porter Five Forces Analysis the bargaining power of the customers can be explained as:

Customers these days have a wide variety of options to choose from when they are buying sportswear. With the advent of online shopping, this convenience has increased even more, thus creating a problem for firms to maintain their customers. The switching costs are low, and people are easily influenced by advertisements and marketing by renowned athletes. Thus, the bargaining power of customers is high. Considering Under Armour as a premium brand, many buyers pay for it keeping in mind the association of the brand and the quality of its products. Even though the value of product bought is decent, it is important to keep the customers engaged and understand their needs and demands as they are highly flexible and might shift from one brand to another.

However, by spending huge amounts in associating the brand with a popular sports or sportsperson will help a company like Under Armour in keeping the customers attached.

Following is the bargaining power of suppliers in the Porter’s Five Forces analysis of Under Armour:

Suppliers in the clothing industry have a variety of options to sell their raw materials to. They might sell products to the competitors only and have control over the firm. If a firm buys raw material in large quantities, they will provide discounts and might not give the same to the ones buying in less quantity. Thus, the suppliers are the ones who have control over the firms in the market and thus have a high bargaining power. Under Armour has tried to avoid this dependence by engaging in diverse kind of fabrics with the help of innovation and established product differentiation. This has helped the firm gain some control over the suppliers. There is a chance for forward integration as well from the suppliers which further increases their bargaining power. All these factors indicate that the suppliers have a moderate to high bargaining power which means that either the company invests in research and development costs to avoid dependence on suppliers or try and maintain good relations with them.

The impact of key competitors in the Under Armour Porter Five Forces Analysis is as follows:

The main competitors of Under Armour are Nike and Adidas who have been in the industry for very long and are enjoying the benefits of first movers like large market share, high brand recognition and economies of scale. They have established distribution channels and have invested heavily in marketing, research, and development. Under Armour faces a fierce competition from its investors where there is a constant need to improve on their products and services so that they can not only retain the existing customers, but all attract new ones from other brands. There is a direct comparison on the product quality and price and most of the customers are highly sensitive to both, thus establishing a threat from competitor firms.

By establishing product differentiation and interpreting the customer demands and market trends, Under Armour can come up with trendy innovations which will grab customers attention and help them in improving their market share in the clothing industry.

To conclude, the above Under Armour Porter Five Forces Analysis highlights the various elements which impact its competitive environment. This understanding helps to evaluate the various external business factors for any company.