Let us start the Under Armour PESTLE Analysis:

The political factors in the Under Armour PESTLE Analysis can be explained as follows:

The policies of the various governments in which Under Armour is working plays a very important role in its strategic decisions. Like it is quite easy to set up a manufacturing unit in Singapore than it is in India. The labour laws are very rigid in countries like India, Bangladesh while it is flexible in Japan, Denmark and USA. So, it helps the Under Armour to decide where it can set up it manufacturing units. About 60% of the Under Armour production is in 15 countries, most Part constitute by china and Vietnam. The Chinese government incentives, cheap labour and dedicated special economic zone helped the company to reduce its cost significantly and export its products from these countries to rest of the world. Under Armour manufactures its products in Mexico, but the uncertainty and instability in the country make the company prone to production hampering and could even led to shut down of manufacturing units. 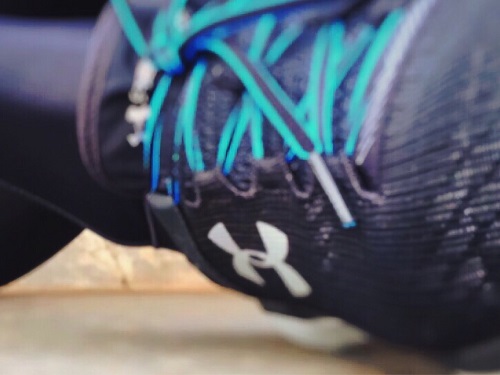 Below are the economic factors in the PESTLE Analysis of Under Armour:

Under Armour is driven by strong economic policies.

A country’s GDP, its per capita income, inflation, purchasing power have major impact on the company working in or dealing with that country. The Apparel industry worldwide is growing at a rate of 4.8 % and is expected to become a $900 billion market in terms of value by 2021. It opens up plethora of opportunity for Under Armour to expand its business to Asian and middle east countries which are developing at a rapid pace. The main concern for the company is that Chinese labour cost is rising rapidly and it becomes difficult for the company to provide its products to the customers at a low price. Moreover, there is a global economic slowdown specially after the trade war between China and USA, the economy of china has taken a toll and thus the consumption of goods and services reduced drastically while inflation is accelerating which is forcing the company to increase the price of the product.

Following are the social factors impacting Under Armour PESTLE Analysis:

Several social factors drive business for Under Armour. With the change in the lifestyle of people, demands for products changes. Now people are more brand conscious. They want quality products that give them high satisfaction at reasonable prices. Moreover, people are getting more conscious regarding their health and they started inclining towards sports and outdoor activities. People are now more actively participating in sports events and regular sports competition are also encouraging people to take part in it. All such changes provide a great opportunity for the company which has specialisation in sports apparels. Now the people want cloths that takes moisture away from the body and have antimicrobial fabrics and at the same time the cloth should look attractive. So, Under Armour need to regularly adapt itself to the changing consumer preferences.

The technological factors in the PESTLE Analysis of Under Armour are mentioned below:

Nowadays people are getting technologically advanced and they want everything at ease. So, the companies regularly keep itself up to date in terms of technology to keep the customers happy. Under Armour like many other apparel brands has started selling its products online so that people don’t need to go to the retail store and can get the product at home. Moreover, since millennials and GEN Z are quite active on social media platforms, Under Armour has started interacting with the customers on the social media platforms.

From getting the feedback online, solving the customers problems to promoting the existing and new products, Under Armour is aptly using the social media to satisfy the customer needs.

Following are the legal factors in the Under Armour PESTLE Analysis:

Any company is bound the rules and regulations set by the governments and judiciary. In June 2018, a Facebook post showed that Under Armour clothing was flammable and resulted in severe burn injuries to a child. This has created a lot of uproar on the social media and people started questioning the quality of the products produced by the Under Armour. This incident has created a lot of negative perception about the company. Recently it has sued a company called Ass Armor of the trademark infringement alleges that Ass Armor is wrongfully using its name. But the company is criticised for this decision as people are saying that Armor is a very common name and it is wrong on the part of Armour to file a suit of infringement on such a common name.

In the Under Armour PESTLE Analysis, the environmental elements affecting its business are as below:

Under Armour, like several companies, has is responsibilities towards the environment. In today’s world, people are realising that climate change is rapidly destroying our planet and if they haven’t done anything regarding it, soon earth will not be the same as we know it now.

So, they want the products which is not only of good quality but should also be sustainably made and disposed of. To make a pair of jeans 1800 gallons of water is required while 2200+ gallon of water is required to make a pair of shoes. So, people, NGO’s and government are demanding the apparel industry to think innovatively and come up with a solution to make these products using less and less amount of water.

To conclude, the above Under Armour PESTLE Analysis highlights the various elements which impact its business performance. This understanding helps to evaluate the criticality of external business factors for any brand.