The threat of new entrants in the Hershey's Porter Five Forces Analysis can be explained as follows:

The Hershey Company, popularly known as Hershey’s, is one of the leading chocolate manufacturers in the world. It produces chocolate and non-chocolate confectionery as well as baked sweets. The confectionery market is roughly 206 billion USD currently and is projected to reach up to 225 billion USD in the next couple years.

The target market of Hershey’s, as also elaborated in one of their marketing slogans (“There is something for everyone”) is basically everyone. They offer a wide range of products from chocolates, candies, and mints, to spreads and beverages to cater to different income and age groups. Hershey’s operates in more than 70 countries worldwide. For any new entrant, it is very difficult to maintain competitive prices due to the economies of scale that works in the favor of Hershey’s and the other larger players in the market. Additionally, these incumbent players enjoy well-established supply chain and distribution channels, as well as a well-maintained brand image. Any new entrant will have to compete with these players for shelf spaces and other shared resources, which adds up to create an overall high entry barrier. Hence, on a global level, the threat of new entrants is low. 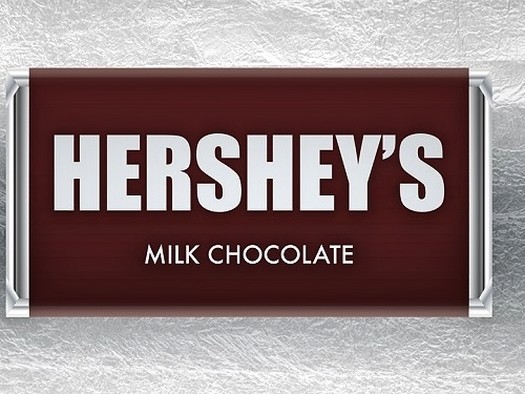 Below are the threats of substitute products of Porter’s Five Forces analysis of Hershey's:

The industry offers chocolate spreads, bars, and candies and while other sweets and baked goods are close substitutes, these are not true replacements for chocolate products. These sweets and confectionery items are produced by large companies and restaurants, as well as local eateries and shops at different price points and varieties. So even though the number of substitutes is limited, the customers do not face any switching costs in shifting to a substitute product. Hence, the threat of substitutes is a moderate force within the industry in which the Hershey Company operates.

In the Hershey's Porter Five Forces Analysis the bargaining power of the customers can be explained as:

The volume of customers for the confectionery industry is very high. The industry size is more than 200 billion USD, with some of the leading players like Mars and Hershey’s with worldwide sales in tens of billions of USD. With respect to the total sales, the sales value per customer is small, which means that the bargaining power of customers is relatively low.

Further, the products offered by the industry are differentiated in terms of the taste and composition of the products. Some of the products are exclusive to the companies and are highly popular among the consumers, which further indicates to low bargaining power of customers. The customer segment, too, is very broad, and even though the low- and middle-income group segments can be price sensitive, the overall customer volume dilutes the force. However, there is no switching costs to customers and there are many customers available, there can be some bargaining ability for customers in that context.

But, overall, it is a weak to moderate force for the confectionery industry.

Following is the bargaining power of suppliers in the Porter’s Five Forces analysis of Hershey's:

Hershey’s sources its primary raw material i.e., cocoa from local farmers in West Africa. The other raw materials are obtained from a wide range of suppliers. Due to the large number and low concentration of suppliers, their bargaining power is low. Further, none of the suppliers provide any exclusive or largely undifferentiated product, which means that they cannot affect production by withholding supplies. The companies can easily switch to alternative suppliers without incurring major costs of switching.

Additionally, the suppliers cannot pose a threat of forward integration to the companies by producing competing products, since the industry poses high entry barriers and offers differentiated products. Overall, the bargaining power of suppliers is a weak force in the industry. However, since Hershey’s operates globally, in some regions, suppliers can be scarce and eat into the overall profitability of the company.

The impact of key competitors in the Hershey's Porter Five Forces Analysis is as follows:

The chocolate confectionery industry is projected to exhibit a CAGR of about 2-3% over the next five years. With a low growth rate, the industry is in the late growth to early maturity stage, and hence there is intense rivalry between the competitors to capture the market share. There are a few but large players in the industry. Some of the major competitors of Hershey’s globally are Mars Inc., Ferrero, Nestle etc. Globally, Hershey’s enjoys a market share of roughly 7%. There is competition from local bakeries and confectioneries which operate on a much lower scale ae well. All this adds to the competitive rivalry.

Further, for setting up such expansive industries, there are immense exit barriers of winding up infrastructure and paying off debts. Even players with low profitability continue to operate in the market. The price competition is high and since it’s a subset of the food industry, there is no costs for switching to a competitor.

Overall, the competitive rivalry is a strong force, as per the Porter’s model.

To conclude, the above Hershey's Porter Five Forces Analysis highlights the various elements which impact its competitive environment. This understanding helps to evaluate the various external business factors for any company.