The threat of new entrants in the Rolls Royce Porter Five Forces Analysis can be explained as follows:

Rolls Royce is both a luxury car manufacturer as well as aero-engine manufacturer, which are radically different industries. Here, we will look at the luxury car industry. Bayerische Motoren Werke AG aka BMW is the parent corporation. The value of BMW's total fixed assets as of the 2021 balance sheet is 28,755 million euros, excluding inventories. Production costs are likewise high. The new entrants have considerably easy access to supply chains. Due to the presence of existing large players in the industry, there is less room for an untapped market. As economies of scale do not drive sales, firms that have high production capacity will have a cost advantage. To establish oneself in the luxury car industry, the new firm will require to have industry knowledge, qualified human resources, high brand equity (which can only be developed over time and cannot be acquired in one day), high marketing costs, high capital expenditure meaning the barriers of entry are high. The legal requirements presented by the local governments can add to the barriers of entry. Hence, it can be concluded that the threat of new entrants is low. 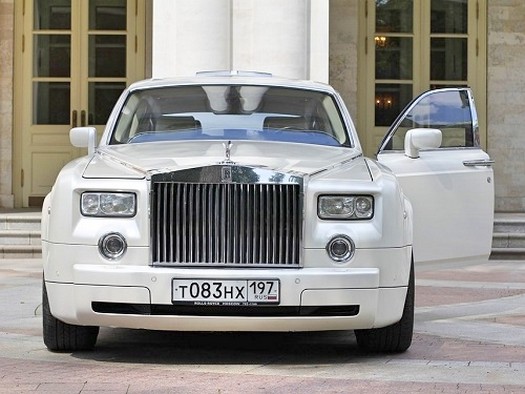 Below are the threats of substitute products of Porter’s Five Forces analysis of Rolls Royce:

Any product that has the potential to replace Rolls Royce cars can be considered a substitute.

Public transport, taxis, taxi service services such as Uber can be considered substitutes, but they don't come with the experiential and social benefits that Rolls Royce offers. The new premium electric cars might also prove to be potential substitutes. The deciding factors to understand the threat from substitutes are switching costs, affordability and availability. The above-mentioned substitutes are readily available and are in the affordable range of the customers of Rolls Royce. Switching costs are high, and the value proposition of some of the substitutes mentioned is significantly different from Rolls Royce, which are the main driving factors of them all. Hence, the threat from substitutes can be considered low.

In the Rolls Royce Porter Five Forces Analysis the bargaining power of the customers can be explained as:

End purchasers of Rolls Royce cars can be considered as the customers. There are not too many luxury car brands to choose from, hence limiting their choices. Therefore, they cannot demand a lower price. Given the fact that customers are individual purchasers, there is less room for cohesive behavior of customers and cohesive bargaining power. But there are factors that limit the bargaining power of customers as well, such as high switching costs, brand equity, etc., in this case.

By analyzing all these factors, the bargaining power of buyers can be considered moderate.

Following is the bargaining power of suppliers in the Porter’s Five Forces analysis of Rolls Royce:

Suppliers provide the firm with the raw materials and finished goods required to manufacture cars for Rolls Royce. They will have the power to control the availability of these above-specified inputs, thereby the ability to affect production. There are multiple suppliers to Luxury cars such as Brembo, Thyssenkrupp, etc. to choose from for Rolls Royce. Given the fact that the number of suppliers is quite high, there is a reduction in the bargaining power. There are certain large suppliers in the market as well that have the potential to influence production, but Rolls Royce does not stick to a single supplier so that its supply chain is intact even in case of an adversary. Also, as Rolls Royce's products are highly differentiated with high brand equity and huge R&D expenditure, suppliers' threat of forward integration is also less. Overall, the bargaining power of suppliers is low.

The impact of key competitors in the Rolls Royce Porter Five Forces Analysis is as follows:

As previously mentioned, there are other large players in the industry with a similar value proposition as Audi, such as Mercedes Benz, Audi, Porsche, etc. There are also certain new entrants that have the potential to change the industry trend and landscape, such as Tesla in the luxury car industry. All the above-mentioned brands constantly invest in innovation to differentiate themselves and focus more on customer experience, safety and promotion to win them over. Over time, this competitive rivalry has only grown.

Owing to all these factors, competitive rivalry can be considered high.

To conclude, the above Rolls Royce Porter Five Forces Analysis highlights the various elements which impact its competitive environment. This understanding helps to evaluate the various external business factors for any company.