The threat of new entrants in the Asus Porter Five Forces Analysis can be explained as follows:

Asus is known for being the world’s best motherboard and high-quality personal computers manufacturer; they also produce high quality monitors, graphic cards routers, and other technology solutions; they also have a very good stronghold in the gaming brand, being one of the top 3 consumer notebook vendors they have a significant amount of market share. With their presence in such a high number of different market segments, they don’t really face a substantial threat of new entrants as they are a significant shareholder in each of these segments. Since the cost of establishing a brand in the computer hardware and consumer electronics market, it’s pretty high and the technology and knowledge required to do so are also quite scarce, we can safely say that for any new entrant to enter the market, they will need to face quite a lot of entry barriers. Hence, we can conclude that the threat of new entrants for Asus and the computer hardware and consumer electronics market is low. 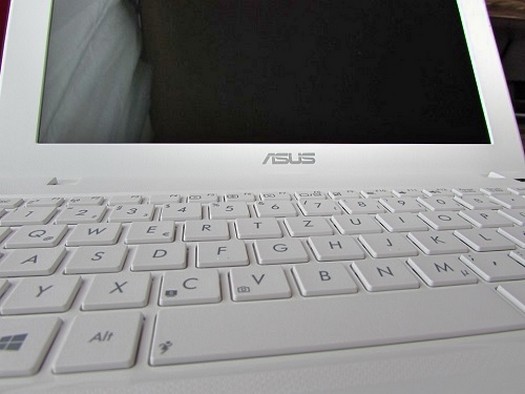 Below are the threats of substitute products of Porter’s Five Forces analysis of Asus:

Another reason why the threat of substitutes for Asus is low is because it is present in both the supply chain and the end production change of the computer hardware and consumer electronics market. It produces motherboards for its competitors as well as its finished laptops. Asus is present tell every sector that deals with technology, whether it be making motherboards chipsets or high-quality personal computers. The brand has positioned itself so that no other new player can develop a substitute without Asus’s help. With the increasing demand for technology and Asus’s presence in the core center, it is safe to say that the threat of substitutes for Asus is low to moderate.

In the Asus Porter Five Forces Analysis the bargaining power of the customers can be explained as:

The bargaining power of the customers in the computer hardware and consumer electronics market is already low, and especially for the company, we can see why the bargaining power of the customers is low to moderate. This is because the brand sells both directly to the customers as well as to other manufacturers who use its product as a raw material for their manufacturing; for example, Asus makes its own laptops as well as provides motherboards to other laptop manufacturers. We can see that the direct customers of Asus hold little to no bargaining power; however other corporates who buy its products to make their own products do have a certain amount of bargaining power in the form of contracts and higher demand that they produce, one of the major source of revenue comes from these kinds of companies who use its product as a raw material for their own manufacturing processes, since these are big companies and have contracts with Asus, they have a small amount of bargaining power.

Hence, we can say that the bargaining power of customers in the case of Asus is moderate to low.

Following is the bargaining power of suppliers in the Porter’s Five Forces analysis of Asus:

The bargaining power of suppliers in the case of Asus is relatively low as it is one of the market leaders in the computer hardware and consumer electronics segment; it acts as a supplier for raw products to other laptop manufacturers. Hence a change in the manufacturing course of Asus products affects the manufacturing cost of all other laptop manufacturers. The company being the market leader, leverages its position and ensures that the suppliers agree to a deal that is favorable to Asus. As suppliers don’t want to lose a client, they have little to no power over it. On the other hand, it is very easy for it to change its supplier as the quality for technical and electronics is almost similar throughout several vendors. Given the fact that the company is the market leader in its segment and knows how to leverage this position, we can safely say that the bargaining power of suppliers towards Asus is relatively low.

The impact of key competitors in the Asus Porter Five Forces Analysis is as follows:

Competitive rivalry for Asus in the computer hardware and consumer electronic market is moderate; this is because it is a market leader and can use the economies of scale to ensure that it gains the maximum profit on the other hand, we know that this market is quite dynamic and requires constant innovation in order to stay ahead of the competition Asus has been able to do this quite successfully. Since Asus also provides its products such as graphic cards and motherboards to other manufacturers, which eventually are its competitors in different domains such as laptop manufacturing, it has a stronghold on the amount of competitive rivalry that its competitors can offer. Since other laptop manufacturers need to use Asus motherboard in order to make the product, they cannot provide very high competition in the market.

By leveraging its position in the market and its innovative as well as high-quality products, Asus ensures the competitive rivalry in the market of computer hardware and consumer electronics reminds moderate

To conclude, the above Asus Porter Five Forces Analysis highlights the various elements which impact its competitive environment. This understanding helps to evaluate the various external business factors for any company.