The threat of new entrants in the Prada Porter Five Forces Analysis can be explained as follows:

Prada is an Italian luxury fashion house. It specializes in ready to wear leather and fashion accessories, shoes, luggage, perfumes, watches, eyewear, fragrance, and mobile phone sectors. In the industry where Prada works, economies of scale are tough to attain. This makes gaining a cost advantage simpler for firms that create large volumes of items. For newbies, it also boosts the cost of production. As a result, the threat of new entrants is low. There is high product differentiation, with each firm coming with customized products instead of the standard ones. Customers are also willing to pay a premium for differentiated products. This also makes the threat of new entrant & slow in the industry. The capital requirements are high, which makes it difficult for the new business to come into the industry. Even access to the extensive existing distribution network is difficult, although they can set up new exclusive stores for them. There is strict licensing and legal requirements to operate in this industry. . As a result of all of these considerations we can conclude that the threat of new entrants is low in this industry. 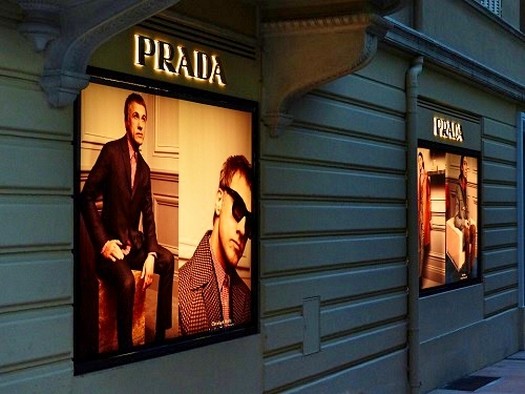 Below are the threats of substitute products of Porter’s Five Forces analysis of Prada:

There are few substitutes for the items made in the industry where Prada works.

In the Prada Porter Five Forces Analysis the bargaining power of the customers can be explained as:

The switching cost for the customers is high, which reduces the bargaining power of customers. There are also a lot of loyal customers of Prada as it is a more than 100 years old company. The buyers have full information about the product over online channels and can easily compare to come up with the most suitable product for them. The number of customers of this industry is a lot more as compared to the number of firms producing the products. So, buyers have few firms to choose from and therefore do not have much control over the prices. Backward integration is likewise not a significant danger in this industry. The products purchased from this industry is standard not that well differentiated from one another, which increases the bargaining power of customers.

Hence, we can conclude that the bargaining power of customers in this industry is moderate.

Following is the bargaining power of suppliers in the Porter’s Five Forces analysis of Prada:

The impact of key competitors in the Prada Porter Five Forces Analysis is as follows:

In the industry in which Prada operates, there are extremely few rivals. The majority of these are also big players. This implies that no action by a company in the business will go undetected. As a result, existing competitive rivalry becomes a weaker force in the sector. The initial fixed cost required is high, and the companies also reduce prices when the market demand reduces by giving offers Which increases the competition among the firms operating. Due to the substantial initial investments and assets necessary to operate, the sector has high exit barriers. Due to government laws and regulations, the departure barriers are very substantial. As a result, enterprises inside the sector are hesitant to quit, and they continue to produce despite poor earnings, which would make the competitive rivalry a stronger force.

Hence, we can conclude that the competitive rivalry in this industry is high.

To conclude, the above Prada Porter Five Forces Analysis highlights the various elements which impact its competitive environment. This understanding helps to evaluate the various external business factors for any company.