The threat of new entrants in the Nissan Porter Five Forces Analysis can be explained as follows:

Nissan is one of the leading car manufacturers in the world. The industrial barriers determine the dangers posed by new entrants. This is the company's approach for guarding against new rivals entering the market. Nissan has few risks from new entrants since its product portfolio has set high standards, making it difficult for new entrants to compete. Furthermore, the vehicle business needs a large amount of cash for start-up and economies of scale. It is tough for them to search and locate new suppliers that can supply raw materials at reasonable pricing. Furthermore, customers' switching costs are considerable, making it difficult to gain a customer base. Gaining access to the distribution channel is difficult which increases the threat of new entrants. The capital required to enter the business is also high which would further add the threat of new entrants. Hence overall we can conclude that the threat of new entrants is high in this industry. 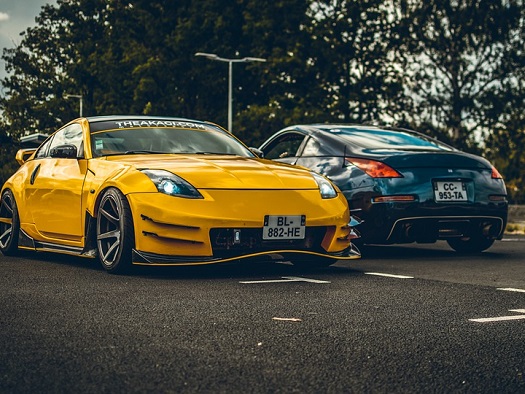 Below are the threats of substitute products of Porter’s Five Forces analysis of Nissan:

Because of the high cost of vehicles and the cheap cost of public transportation, such as bus, train, and tube charges, replacement products pose a medium to high danger.

Many individuals prefer public transportation to avoid traffic and to safeguard the environment. Substitutes from Hyundai, Toyota, and other companies are also posing a challenge to the brand. However, there are Nissan enthusiasts who would rather buy the brand's products at a higher price than switch brands. Nissan needs to keep innovating and adding new features to its vehicles in order to attract new customers. Hence we can conclude that the threat of substitutes is low in this industry.

In the Nissan Porter Five Forces Analysis the bargaining power of the customers can be explained as:

In this industry the buyers have full information about the product over online channels and can easily compare to come up with most suitable product for them which would further increase the bargaining power of customers. This term refers to how much power customers have over the pricing of a product. Nissan's consumers have little purchasing power. This is due to the product's high shopping cost and. Furthermore, because purchasers are dispersed throughout the world and new automobiles can only be sold through authorized dealers, consumers have little authority. When selling a distinct product, the buyer's negotiating power is limited. Because buyer power is modest, the company will not face a major issue. The external environment and forces of Nissan are defined by Porter's 5-forces analysis.

This will aid Nissan in gaining more earnings and stabilizing their position in the market by allowing them to better regulate their own and external power.

Following is the bargaining power of suppliers in the Porter’s Five Forces analysis of Nissan:

Automobiles are difficult to build due to their intricate requirements and large number of accessories and components. As part of its quality control, Nissan demands high-quality components from its trusted suppliers, which strengthens the supplier's negotiating leverage. In other circumstances, Nissan makes a lot of money, so the suppliers raise the cost of raw materials to get a piece of the pie. In the event that the brand requires rapid delivery, suppliers will raise their pricing. To minimize shortages and cost increases, Nissan must maintain positive relationships with its suppliers and continue to look for new ones. The threat of forward integration is low in this industry as the suppliers lack the expertise and capital required to make cars. Hence, we can conclude that the bargaining power of suppliers is low in this industry.

The impact of key competitors in the Nissan Porter Five Forces Analysis is as follows:

The industry is also growing fast with the rising middle class income group across the world. Nissan is one of the worldwide vehicle manufacturers that is under fierce competition. Toyota, Honda, General Motors, and Daimler Chrysler are among the local and international competitors. The company is still regarded as one of the most lucrative vehicle companies in the world. Nissan and Renault formed a strategic agreement that benefits both parties in order to reduce market rivalry. By competing with Toyota, the company is attempting to improve its market share. Nissan must produce alternatives to Toyota goods at lower pricing than Toyota in order to gain market share.

Hence, we can conclude that the competitive rivalry is high in this industry.

To conclude, the above Nissan Porter Five Forces Analysis highlights the various elements which impact its competitive environment. This understanding helps to evaluate the various external business factors for any company.