The threat of new entrants in the Lays Porter Five Forces Analysis can be explained as follows:

Lays is one of the most well-known fast-moving consumer goods (FMCG) brands globally. They can become cost-efficient due to economies of scale because they are one of the largest businesses with significant demand for their products. At this level, not every company in the industry can benefit from economies of scale. This increases the cost of production and, as a result, reduces profit margins. When comparing Lays to their competitors, there is a significant difference in taste. No one in the industry has a chance against them. For newcomers, this is a complicated process. To succeed in this industry, a significant quantity of money is required. Costs such as marketing, research, and development necessitate considerable expenditure. Furthermore, a solid distribution network is required for actual sales to occur. It is easier for an established company to secure a good margin for distributors, which can earn them shelf space, than for a new entrant to construct such a distribution network. Furthermore, starting a firm in the food and beverage industry necessitates the acquisition of a license. Hence, there is a low risk of new entrants. 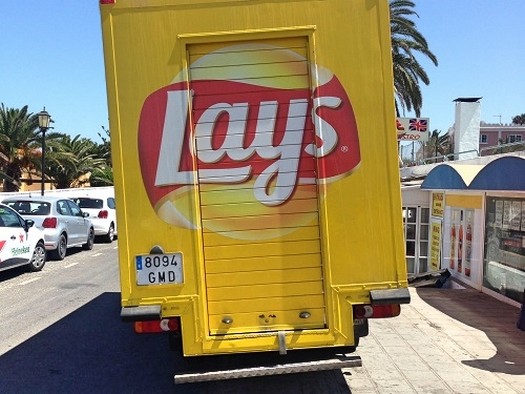 Below are the threats of substitute products of Porter’s Five Forces analysis of Lays:

There are numerous Lays replacements available.

Salted snacks, almonds, and other snacking alternatives are among them. Previously, committed customers preferred the brand to other options. However, as people's lifestyles change and they like healthier choices, the threat of substitutes is growing. Cucumber slices, banana chips, fox nuts, carrot chips, handmade potato chips, and many others are among them. On the other hand, these alternatives do not have the same established network as Lays. Substitutes are less likely to occur as a result of this. Furthermore, despite having a better nutritional content, these replacements are more expensive to purchase. Due to this, price-sensitive customers will be less willing to switch to other items. Overall, alternatives for Lays pose a modest threat.

In the Lays Porter Five Forces Analysis the bargaining power of the customers can be explained as:

In the industry, there are a large number of customers. Despite its massive size, Lays has already developed its brand in the market and has a dedicated client following. No manufacturer can match Lays' level of taste and product distinctiveness. The majority of buyers are price sensitive. As a result, price is a significant consideration for Lays. On the other hand, people are already accustomed to the flavor, resulting in poor price elasticity. Despite this, it should keep focusing on innovation to attract more customers. Furthermore, they should continue investing in marketing to expand their customer base.

Backwards integration does not pose a threat to buyers.

Following is the bargaining power of suppliers in the Porter’s Five Forces analysis of Lays:

The chips manufacturing sector has a large number of suppliers. The suppliers, on the other hand, are largely dispersed. This makes it harder for them to maintain price control. Furthermore, the raw materials that Lays uses are primarily standardized, necessitating a minimal switching cost for Lays. As a result, it can quickly swap between suppliers. The suppliers do not appear to be threatening legal action. Instead, Lays has frequently utilized its legal authority to sue suppliers for selling their raw materials. Furthermore, Lays is a significant customer for the suppliers. As a result, they aim to offer cheap pricing. In a nutshell, suppliers' bargaining leverage is poor in this situation. They take advantage of this and maintain a different set of suppliers in their supply chain for other geographical locations, leading to an efficient supply chain.

The impact of key competitors in the Lays Porter Five Forces Analysis is as follows:

Although the industry has a small number of competitors, these few competitors are substantial in size. As a result, a company like Lays cannot make a move without attracting the attention of other industry participants. These few rivals with a significant market share begin to take steps to maintain their market position. They may spend money on marketing and compete on price. This indicates that there is fierce competition among competitors. There are high fixed costs. As a result, each company like Lays seeks to expand its sales to enhance its profit margin. As a result, the level of competitiveness rises. Product differentiation, on the other hand, lessens competition. Moreover, the exit barriers are incredibly high because of the significant investment they have already made. As a result, they'll have to stay in business despite minimal profitability.

As a result, they are unable to be in this circumstance and there is fierce competition among peers.

To conclude, the above Lays Porter Five Forces Analysis highlights the various elements which impact its competitive environment. This understanding helps to evaluate the various external business factors for any company.