The threat of new entrants in the Pfizer Porter Five Forces Analysis can be explained as follows:

Pfizer operates in the pharmaceutical industry, and this means that there is a huge barrier to entry. The infrastructure cost is monumental, and the research and development efforts required are huge. The new entrant will have to develop the research facilities from the ground up. The human capital required for leading pharma company like Pfizer is also extremely high and the company will have to figure out a way to attract the top talent in this field, possibly by poaching them from other existing players. The company will have to market itself extremely well in order to build credibility and this is extremely capital intensive. Quality control is another issue that the company will have to rely on since it cannot afford to make mistakes with life-saving medicine as any mistake here would mean the end of all of its credibility. Hence, the barrier to entry is extremely high in this field and this is a weak force. 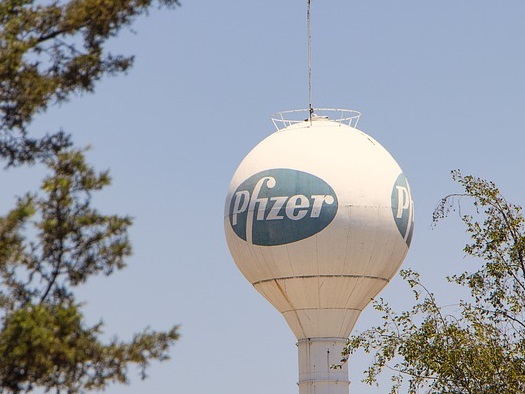 Below are the threats of substitute products of Porter’s Five Forces analysis of Pfizer:

The product that is provided by Pfizer are medicines and there are really no alternatives or substitutes to these products.

The only viable solution here is generic medicine but these are generally not considered to be as effective as the branded medicines. Also, several of the latest medicines that bring in the most profit for a pharmaceutical company like Pfizer are protected by patents and there are no alternatives available in the form of generic medicines. The only other possible substitute could be alternative medicine but the customer base that generally prefers this would not be the customers of modern pharmaceuticals anyway. Hence, one can safely say that this industry has very little threat of substitutes as a whole and as long as the company keeps coming up with new medicines, the threat of substitutes will remain low. Hence, this is a weak force.

In the Pfizer Porter Five Forces Analysis the bargaining power of the customers can be explained as:

The products sold by Pfizer are not really differentiated in most cases However, the distribution and marketing of these have made it such that doctors prescribe branded medicines and only these are available in the nearest pharmacy. This means that the end customer does not really have any say on the prices of medicines. This allows the companies to price their most innovative medicines at as a high price point as they like and its generally done in a way that covers the cost of research and development and leaves some profit margin as well. This means that the customer has very little bargaining power especially in the case of medicines for rare conditions, leaving them with no choice but to pay the price set by Pfizer to get the medicine.

Hence, the customer has very little bargaining power which means that this is a very weak force.

Following is the bargaining power of suppliers in the Porter’s Five Forces analysis of Pfizer:

The impact of key competitors in the Pfizer Porter Five Forces Analysis is as follows:

The competitive scene in this industry is quite high for common medicines but this is not where most of the companies make a bulk of their profits. Pfizer, being one of the biggest players in this industry, has some of the best research and development facilities which means they hold the patents for many of the most innovative medicines. This allows them to safeguard themselves from the competition while the patent is still active and allows them charge high prices for the medicines sold in order to make up for the cost of research and development while keeping a high profit margin. Hence, while there are several companies vying for market share in the pharmaceutical industry, the actual competitive rivalry is not very high. This is not the case for common medicines that have been around for a long time as the cost for the development of these has already been recovered and they are now sold at competitive prices.

Overall, the competitive rivalry for Pfizer is moderate and hence this force is not very strong.

To conclude, the above Pfizer Porter Five Forces Analysis highlights the various elements which impact its competitive environment. This understanding helps to evaluate the various external business factors for any company.