Porter’s Five Forces Analysis of Chipotle Mexican Grill covers the company’s competitive landscape as well as the factors affecting its sector. The analysis focuses on measuring the company’s position based on forces like threat of new entrants, threat of substitutes, bargaining power of buyers, bargaining power of suppliers and competitive rivalry.

The threat of new entrants in the Chipotle Mexican Grill Porter Five Forces Analysis can be explained as follows:

Chipotle Mexican Grill belongs to the fast-casual dining segment. This is a growing industry that is growing at a growth rate of 7.5 per cent, which is high. The threat of new entrants can be figured out by looking at the barriers to entry into the industry and the level of differentiation that they can offer. At this moment, there are already many chains of fast-food restaurants present that have high brand equity, standardization, availability and affordability, such as McDonald’s, Taco Bell, etc. The cost to establish a new restaurant is not too high, and with enough brand equity, it is not too hard for brands to penetrate. Though the brand equity of Chipotle will help in the short run against the new entrants, there is a significant threat in the long run. Hence, we can say that the threat of new entrants is moderate in the case of Chipotle Mexican Grill. 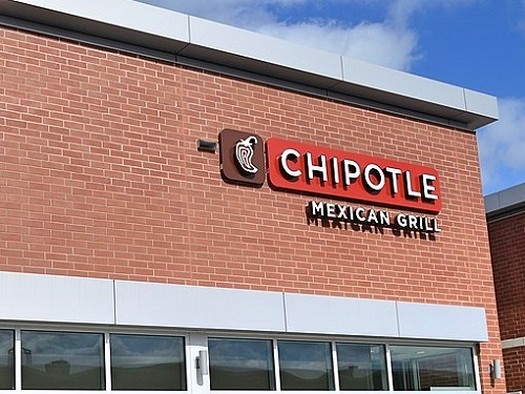 Below are the threats of substitute products of Porter’s Five Forces analysis of Chipotle Mexican Grill:

Any product or service that have the potential to replace the offerings of Chipotle Mexican Grill can be considered a potential substitute.

This is influenced by the number of players in the existing market, the affordability of the substitute, the availability, switching costs, etc. In this case, as the industry in discussion is the fast-food industry, the switching costs are low to minimal. The substitutes can range from other fast-food chain restaurants, or they can also be some local players that have a low locational presence. As this is a highly competitive industry, the firms always try to attract customers with offers and discounts, which indicates that these products are being made affordable to the customers. Fast food restaurants are available in almost every other region. Hence, by considering all the above-mentioned factors, we can conclude that the threat of substitutes is moderate to high.

In the Chipotle Mexican Grill Porter Five Forces Analysis the bargaining power of the customers can be explained as:

Chipotle is known to offer food at reasonable prices and not overpriced. Due to this positioning, the customer will have less room left for price bargaining, and the probability of that happening is also considerably less unless a new entrant price them at radically low prices, which is not likely to happen. Also, it has to be noted that there are multiple players in the industry for the customers to choose from and thus have higher bargaining power in terms of making a purchase. The alternatives are also priced almost similarly, maybe a little on the higher side, but given the fact that the switching costs are close to zero, it is moderately likely that they can shift if they intend to.

Hence, the bargaining power of customers can be considered to be moderate to high.

Following is the bargaining power of suppliers in the Porter’s Five Forces analysis of Chipotle Mexican Grill:

Suppliers to Chipotle are the entities that provide it with the necessary inputs to produce the products. They can be the ingredient suppliers, human resources, food material suppliers, etc. Clearly, as there is little to no differentiation between these suppliers and given the fact that large firms such as Chipotle procure these materials from multiple suppliers to avoid single point failure, the suppliers will not have much bargaining power in terms of transactions directly. For the case of forwarding integration, there is a chance that the suppliers can forward integrate the products that Chipotle sells and sell them by themselves, but even if they do it, given the scale at which the brand operates and the brand equity it has, it is unlikely that they will reach this scale and be a considerable threat to Chipotle. Considering all the above-mentioned factors, we can say that the threat from suppliers is low.

The impact of key competitors in the Chipotle Mexican Grill Porter Five Forces Analysis is as follows:

As per the estimation, there are 700,000 restaurants in the United States and about 15,000,000 restaurants in the whole world. There are multiple players operating in the fast-food industry, such as McDonald’s, Taco Bell, Subway, etc., which have brand equity similar to Chipotle and also a similar level of presence. They continue to pose a high threat to the company. In addition, there are other restaurants that are specific to the locality that poses a significant threat to Chipotle.

The fact that Chipotle and other players in the industry are trying to win over customers through offers and coupons indicate that the competitive rivalry in the industry is high.

To conclude, the above Chipotle Mexican Grill Porter Five Forces Analysis highlights the various elements which impact its competitive environment. This understanding helps to evaluate the various external business factors for any company.