The threat of new entrants in the Quaker Oats Porter Five Forces Analysis can be explained as follows:

Quaker Oats are a subsidiary of PepsiCo and belong to the hot cereal category. They are an established brand in terms of the breakfast segment. The threat of new entrants into this industry can be found out through factors such as switching costs, barriers of entry, affordability, etc. Given this belongs to the food industry, the switching costs are minimal or close to zero. Also, it must be noted that these products sell in packages, and the sales are driven by economies of scale. This can only be achieved by brands like Quaker Oats with high brand equity, and as the industry is highly competitive, the products are sold at low margins to stay in the competition. These low prices can only be achieved with high amounts of production, which is not a piece of cake for new entrants which tend to operate at a low scale as it requires high capital to do so. However, there is always a significant challenge from established players venturing into this industry. For example, it is not hard for a player like Kellogg’s to establish itself in Oats, given it is already the market leader for cornflakes. But there is also a factor of customer loyal here where customers that have a specific breakfast tend to continue to purchase the same and hence the established brand loyalty. Hence, we can say that the threat of new entrants is moderate. 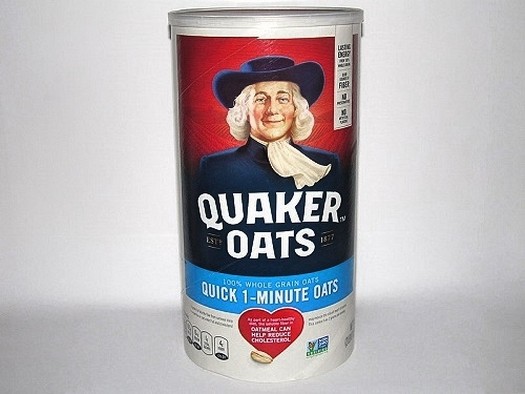 Below are the threats of substitute products of Porter’s Five Forces analysis of Quaker Oats:

A substitute is a product that has the potential to replace Quaker Oats.

There are multiple substitutes available in this case. Oats are usually positioned as a healthy breakfast. The other products with a similar positioning are corn flakes, Muesli, chocolate flakes, other ready to eat cereals, etc. In the case of corn flakes, Kellogg’s is already an established brand; there are multiple firms that offer Muesli as well. Quaker Oats operates in multiple countries which have their own breakfast patterns. For example, in India, the traditional breakfast alternatives include poha, idli, dosa, vada, uthappam, etc., which are perceived as healthy by many. They also have the potential to substitute Quaker Oats. Hence, the threat of substitutes can be considered high.

In the Quaker Oats Porter Five Forces Analysis the bargaining power of the customers can be explained as:

The bargaining power of customers can be characterized by factors such as order quantity, cohesive behavior of customers, switching costs, backward integration, etc. The customers of Quaker oats are mostly individual customers that purchase in low quantities. They do not have good bargaining power as their own. They also do not exhibit any cohesive behavior. This being a food industry, the switching costs are low to minimal, as mentioned previously. There are also oats available from both the locally operating firms as well as competitors where they can purchase from, and hence, they have the bargaining power of choosing an alternative of the lot. They also do not backwards integrate as there is minimal incentive to do so. The above is the case if the company sells direct to customers. The alternative is the case when the company manufactures and sells to retailers, distributors and hypermarkets who procure in larger quantities. In that case, the bargaining power will be considered.

Hence, it can be concluded that the bargaining power of the customers is moderate.

Following is the bargaining power of suppliers in the Porter’s Five Forces analysis of Quaker Oats:

Suppliers provide Quaker oats with the required input materials to manufacture its products. Given the fact that the materials procured are food materials and have a low level of differentiation, Quaker Oats can choose between suppliers. It is to be noted that there are more suppliers than are the number of players in the market. Quaker Oats procures these materials from multiple suppliers and not a single supplier so that they can shift to another supplier any time needed. Additionally, Quaker oats have the high brand equity of PepsiCo, which is one of the most popular food & beverage brands in the world, and the suppliers are eager to ink a deal with them. The scope of forwarding integration is also low. Even if they forward integrate, they will not be able to match the brand equity of existing players, which spend a lot on promotion, research and development and operations to continuously differentiate themselves and maintain quality while being in the price competition. Hence, it can be said that the bargaining power of suppliers is low.

The impact of key competitors in the Quaker Oats Porter Five Forces Analysis is as follows:

There are multiple firms operating in the same breakfast industry domain, such as Kellogg’s, Mondelez International, etc. These firms have high brand equity, similar to that of Quaker oats and at the same time have low switching costs. The industry growth is high, and coupled with the industry is the growth of rivalry in the industry. There are many firms operating in the food industry, and some of them already have a presence in the breakfast cereal industry. The above statements are from an international perspective. Adding to these are the local contenders for the market share. More players are entering into the industry as it is in a growing phase.

Hence, we can say that the competitive rivalry is high and will continue to increase.

To conclude, the above Quaker Oats Porter Five Forces Analysis highlights the various elements which impact its competitive environment. This understanding helps to evaluate the various external business factors for any company.