The threat of new entrants in the Volvo Porter Five Forces Analysis can be explained as follows:

The threat of new entrants for Volvo in the premium car segment is moderate, the threat can come from 2 parts, a company entirely new coming to this market or an existing company in the economic segment trying to produce a premium car for a new company to go to this segment it requires a lot of capital and the barriers to entry like the technology, knowledge, and the types of equipment needed are pretty expensive. Hence, for any new player to produce a premium card and compete with brands like Volvo, BMW, or Mercedes, for an existing player in the market to compete with these premium brands would also be a difficult task because, in this segment, the brand’s perceived value plays a vital role. These brands are not known for their premium cars. For the customers to consider their vehicles in the premium segment, dare proceed brand value will play a vital role, not of the premium brand but a more economical brand. Hence, we can say that the threat of new entrants for Volvo is moderate. 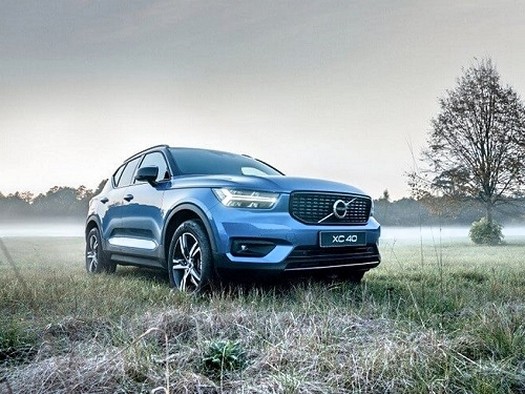 Below are the threats of substitute products of Porter’s Five Forces analysis of Volvo:

The threat of substitutes for Volvo is very low; this is because, in the premium vehicle segment, there’s no vital substitute as of now; the availability of very few viable substitutes gives it the comfort of not worrying about many replacements.

The premium vehicle segment is one where the customers buy the vehicle for its luxury as well as its value as a status symbol. There are not many substitutes that one can buy in order to replace a luxury car, in the upper-class society having a luxury car is almost or necessity and hence there are no viable substitutes. Hence, we can conclude that for a company like Volvo having a stable position in the premium vehicle segment the threat of substitutes is low because of the unavailability of a viable substitute, this is because no similar product can give its owner the perceived status and value that a luxury car provides.

In the Volvo Porter Five Forces Analysis the bargaining power of the customers can be explained as:

Being an extremely competitive market, the premium vehicle segment is a fragmented one, and hence, the customers so have some bargaining power. The customers have a lot of options to choose from, for example Volvo, BMW, Mercedes, Audi, and Porsche. With so many options the customers do hold some bargaining power, however, given structure of the company and the differentiating factors that it provides, the bargaining power with customers is significantly reduced and the company holds the major power. In this segment there are many players but each of the players have chosen their own respective niche, for example BMW has choosing the sports premium segment whereas Mercedes has chosen the more classic premium segment. Volvo on the other hand provides a premium vehicle with in elegant and safe design.

So, after considering all the factors suggest the market competitiveness, the presence of numerous players, and the niche that they offer we can safely conclude that the bargain part the customers in this segment is low to moderate.

Following is the bargaining power of suppliers in the Porter’s Five Forces analysis of Volvo:

The bargain for suppliers in this segment is low to moderate, this is because of the fact that these huge companies usually ensure that the suppliers agreed to a contract that is in accordance to company benefit. This is because to ensure the final quality of the final product is consistent and premium, the companies like Volvo need to ensure the raw material is of high standards. Due to the presence of various competitors in the market, the suppliers have menu options however due to these contracts, the company ensures the power to the suppliers is still limited. However, due to the big stage of these companies, the suppliers usually do not want to lose a client as big as these as finding a customer who will be able to replace them is still a very difficult task. Hence after considering all the factors such as the high concentration of competitors in the market, we can safely say that the bargaining power of suppliers in this segment is low to moderate for Volvo.

The impact of key competitors in the Volvo Porter Five Forces Analysis is as follows:

The competitive rivalry in the premium vehicle segment is quite high there are several players who are competing extensively for the same market share however, each of these brands have their own niche and differentiating factors that differentiate them from each other, for example, the BMW has targeted the premium segment for people who like sporty cars and Mercedes has targeted the premium segment for people who like sophisticated cars. Volvo on the other hand targets people who like premium as well as safety-oriented cars. The market is extremely dense and there is no one particular player that dominates the market all the players in the market are extremely competitive in order to get more and more market share and assert their dominance. The market is saturated and extremely competitive but all the players have their own domain where they excel, listers do not try to poach into each other’s dominant area as all of them are very established in their own respective niche.

Hence, we can conclude that the competitive rivalry in this industry for Volvo is low to moderate.

To conclude, the above Volvo Porter Five Forces Analysis highlights the various elements which impact its competitive environment. This understanding helps to evaluate the various external business factors for any company.