The threat of new entrants in the Omega Porter Five Forces Analysis can be explained as follows:

The threat of new entrants for Omega in the premium watch segment is relatively low, there are several reasons for this some of which are, the market is extremely saturated with various big players such as Rolex and TAG Heuer. Another reason for this is the fact that the barriers to entry in this segment is quite high any new entrant would need to acquire a high level of knowledge and technical skills in the same segment and the machinery required to produce such high-quality premium watches is also quite expensive. It is also a very cost intensive industry and the initial Capex required for the same is also quite high. Any new entrant would have to overcome all these barriers and still would have to compete with several of the competitors that have established their presence in the market which is quite a humongous task. Hence, we can safely conclude that the threat of new entrants to Omega in the premium watch segment is quite low. 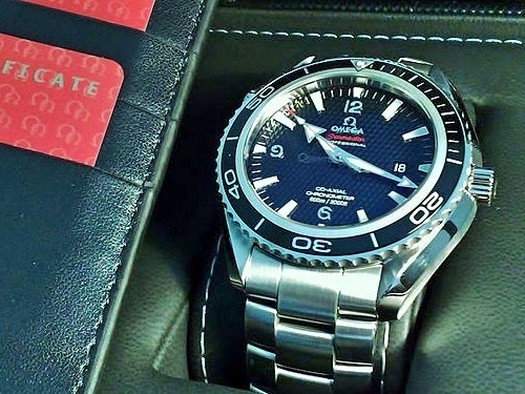 Below are the threats of substitute products of Porter’s Five Forces analysis of Omega:

The threat of substitutes for Omega in the premium watch segment is low to moderate this is because in today’s world watch especially a premium one is almost an essential commodity for the rich and high class, especially for Omega which specializes in professional watchers there is no viable substitute.

In the Omega Porter Five Forces Analysis the bargaining power of the customers can be explained as:

Hence overall the bargaining power of the customers in this segment is moderate to high.

Following is the bargaining power of suppliers in the Porter’s Five Forces analysis of Omega:

The impact of key competitors in the Omega Porter Five Forces Analysis is as follows:

The competitive rivalry the premium watch segment is quite high with the presence of very eminent brands such as Rolex, TAG Heuer, and even Omega the market is extremely competitive however, Omega is one of the largest along with Rolex. All the companies know this fact and to avoid best they have developed their own niche such as Omega is famous for their more professional and classic looking watches on the other hand TAG Heuer is famous for its sportier looking watches. Due to these differentiating factors, they have further narrowed down the market into subsegments which each of these players dominant, but when you look on the bigger picture at the premium watch market as a whole segment you will find the competitive rivalry is on a very high side.

Hence, given the numerous competitors in the market and the specific niches that they have developed we can safely say that the competitive rivalry in this segment is quite high.

To conclude, the above Omega Porter Five Forces Analysis highlights the various elements which impact its competitive environment. This understanding helps to evaluate the various external business factors for any company.