The threat of new entrants in the WhatsApp Porter Five Forces Analysis can be explained as follows:

The threat of new entrants to WhatsApp as a messaging platform it’s quite low because the major requirement for any new entrant to be successful in this market would be a substantial user base if one of the customers is using the app by the other isn’t the communication would not be possible. The new entrant would have to gain a significant customer base in order to be able to even start competing with a big brand such as WhatsApp. The brand being a free service that also provides calling and video calling services via the net become an extremely dominant player in its own domain and for any new entrant to even start competing with WhatsApp would be an extremely difficult task, one of the main reasons for this is also the fact that the communications on these platforms is quite personal and needs to be secured with its end to end encryption WhatsApp has ensured the communication between 2 people is not visible to any 3rd person this is quite difficult to achieve and requires a lot of technical skills and due to these barriers any new entrant would face lots of difficulties even entering this market. 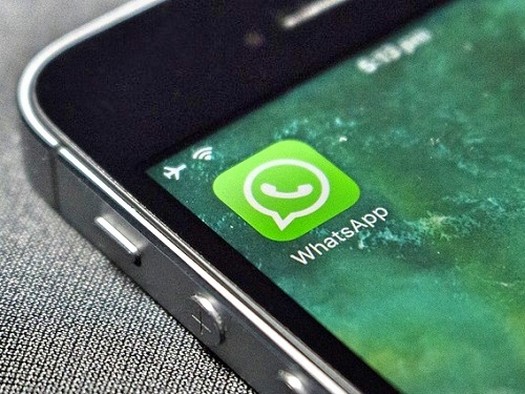 Below are the threats of substitute products of Porter’s Five Forces analysis of WhatsApp:

With all these facilities being readily provided in a single app WhatsApp has become a central hub for communication in today’s generation. There is no current vital substitute for WhatsApp however, it is more of an informal platform where people do not usually discuss their formal work for this, they have shifted to apps like zoom or teams which can easily become a threat as a substitute for the brand. This is because many people like to use only one app for both formal and informal communication. After considering all the above factors we can safely say the threat of substitutes for WhatsApp in this segment is very low.

In the WhatsApp Porter Five Forces Analysis the bargaining power of the customers can be explained as:

As WhatsApp does not generate revenue by any kind of subscription the bargaining power of the customers is extremely low, as it is not charging its users any money, they do not have any bargaining power. With Facebook buying WhatsApp the second most competitor for them that was the Facebook Messenger app is now not its competitor, hence, there is no significant power to customers. Although there are several competing apps there is no one app that provides the comfort that WhatsApp gives which is all kinds of communication channels such as text voice calls and video calls in one single platform with such ease. Facebook ensures the quality of its product is topmost they have also inculcated a payment channel where users can pay each other using WhatsApp itself. With so many uses and no viable substitute, the bargaining power of the customer is further reduced.

Hence, when you look at the above factors you can easily conclude that the bargaining power of the customers is almost negligible.

Following is the bargaining power of suppliers in the Porter’s Five Forces analysis of WhatsApp:

The bargaining power of suppliers for a communication app like WhatsApp is extremely low as there are not many suppliers, the few suppliers that the brand utilizes are companies that provide end to end encryption to their messages which is given on a contract basis. The bargaining power of these suppliers is extremely low because of the fact that there is no other significant player which can provide a business as big as WhatsApp. It utilizes its dominant player position in the market in order to get favorable deals from its suppliers. No supplier would want to lose a customer as big as WhatsApp and because there is no other competitor that has a similar user base no one can provide them a business as big as WhatsApp. On the other hand, being a tech company that provides communication solutions the amount of suppliers WhatsApp required is quite low there are not many factors that the brand outsources add since there’s virtually no raw material required the need for suppliers is further reduced exponentially. Hence, we can safety concludes that the bargaining power of suppliers for WhatsApp is extremely low.

The impact of key competitors in the WhatsApp Porter Five Forces Analysis is as follows:

The competitive rivalry in the communication industry for WhatsApp is low to moderate, this is because even though there are several other competing apps, the brand has been able to gain an extremely dominant position in the market. This dominant position can be attributed to the fact that WhatsApp provides all modes of communication in one single lab made by text, voice, or video calls. Another reason for WhatsApp’s dominant position is the fact that it is compatible with all of the operating platforms made by Android, iOS, BlackBerry, or Windows. Even though there are several players in this industry no one is able to achieve a customer base as biggest WhatsApp. It is an extremely dominant player in this market and holds the majority of the market share. There are other competing apps that have developed their own niche in their respective domains such as Snapchat which is famous for its disappearing messages.

Hence, we can conclude that the competitive rivalry in this industry is low to moderate for WhatsApp.

To conclude, the above WhatsApp Porter Five Forces Analysis highlights the various elements which impact its competitive environment. This understanding helps to evaluate the various external business factors for any company.