The threat of new entrants in the Target Porter Five Forces Analysis can be explained as follows:

Target is one of the leading & well-established retail players in the world. Threat of new entrants is a weak force because firstly, the company would have to achieve economies of scale to compete with target and not only sell goods as discounted rates, but also gain that level of knowledge that these existing players have. The entire distribution channel needs to be set up along with stores in all places so that people become aware of the new player. The investment costs are huge and the barriers to entry are high as they would have to avail all the licenses and fulfil the legal requirements before the enter the industry. The existing stores have captured all attractive places in the market already which makes it even more difficult for any new entrant to get store space at prime locations. And lastly, the new company will have to give numerous incentives to the customers to leave their existing shopping stores and buy products from them as many customers have strong brand preferences towards their existing retailers. 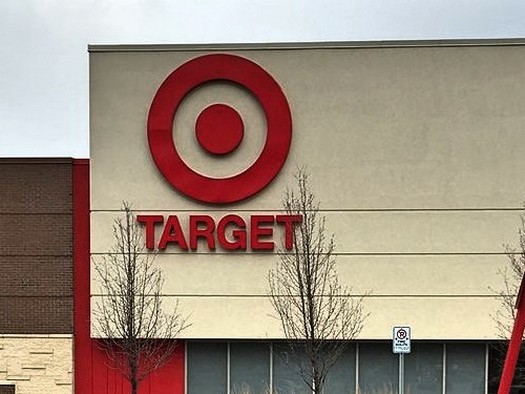 Below are the threats of substitute products of Porter’s Five Forces analysis of Target:

Because there are high substitutes of the products that Target sells are available, the threat of substitutes to Target is very high too.

Even though they try to differentiate in their products, but so much distinction is not possible and in the end the competitiveness is high. With the advent of online shopping, it has become even more easy to get groceries at your doorstep and at much cheaper rates, hence the threat of substitutes becomes even more high.

In the Target Porter Five Forces Analysis the bargaining power of the customers can be explained as:

The number of substitutes available in this industry are high and the switching costs are low, which means that people can easily switch retailers if they are not satisfied with one. Because all of them are supplying the same kind of products at almost similar rates, it is not the products but the services that any customer looks forward to. But because the number of customers is very large and the purchases made by them do not necessarily big, the bargaining power of customer comes down a little bit. Also, target has a very positive reputation overall and many customers are loyal to the retailer due to its huge brand name and competitive prices partnered with good service.

There are negligible chances of backward integration as well and thus for target, the bargaining power of customers is moderate, if not low.

Following is the bargaining power of suppliers in the Porter’s Five Forces analysis of Target:

The supplies to Target are manufacturers themselves or big distributors who consider must be big name in the market too. They sell products to variety of retailers and hence, they can easily shift their supplies to a different retailer if the contact falls through. However, target is a big name, and all suppliers want to engage in business with them to gain that prestige and recognition. There are high chances of forward integration when it comes to the suppliers as they themselves can open their own stores and sell the products at a cheaper rate as they will be saving upon the distribution cost. But because the number of suppliers is very large and product differentiation is negligible, it will be easy for target to switch suppliers incase of any dispute. Hence the bargaining power of suppliers becomes moderate.

The impact of key competitors in the Target Porter Five Forces Analysis is as follows:

The retail industry being a continuous one, has been attracting a lot of investments from national as well as international investors. Due to the availability of investments, many retail players competing with Target had entered the market and now the competition is neck to neck. There are many international competitors like Walmart, Alibaba, Amazon etc. as well as national players to any specific region. The retail market relies heavily on discounts and variety. Hence, the Target company needs to be updated about the new trends as well as earn enough profits so that they can offer good and competitive discounts in comparison the other players in the market. Because the products are easily available and they have numerous substitutes, it becomes easy to compete.

Everyone, in the industry wants to capture as much market share as possible and hence the competitive rivalry is high in this market.

To conclude, the above Target Porter Five Forces Analysis highlights the various elements which impact its competitive environment. This understanding helps to evaluate the various external business factors for any company.