The political factors in the Target PESTLE Analysis can be explained as follows:

Target Corporation had pledged to become America’s easiest place for creating a valuable customer experience. They had announced that the company would expand its operations globally, by launching an international version of their website which would be available to shoppers across 200 countries and nations. The international website of target was formed to reap the benefits of the coverage of the potential markets in various developing nations. It includes China, India, Canada, Mexico, some European Union countries etc. Over the years the company has established strong political relations with China as the Chinese market is a major supplier for the company. The trade war between United States and China gravely affected the business of Target. Target’s CEO Brian Cornell commented that the situation had created an environment of uncertainty and complexity for their business. 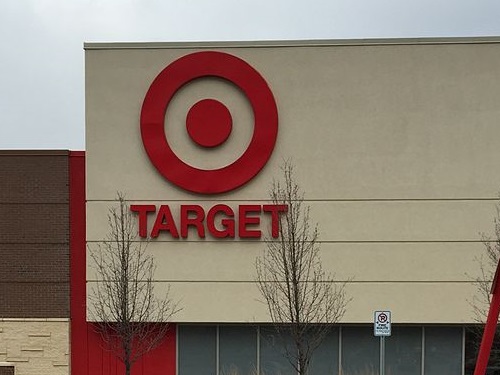 Below are the economic factors in the PESTLE Analysis of Target:

Target Corporation’s financial health has been growing at a steady pace.

In 2018, the company earned a revenue of $75,356 million with a growth rate of 3.6%. In 2016, the company experienced a decline, primarily due to the fact that their pharmacy and clinic business was sold to CVS Pharmacy, Inc. The business used a contribute around $ 16 million in revenues. In 2018 and 2017 the company had earned $36 million and $343 million, respectively on account of discrete tax benefits due to enactment of Job Act and Tax Cuts. The company invests in a number of short-term securities or investments in order to pay long term debt maturity obligations. The company faces a tough competition from companies like Walmart and dollar stores which provide quality products at very low prices. Target in such a situation has to analyze the prices to maintain its position in the market and earn profits.

In order to provide the customers with a wholesome experience every time they visit the store, Target has established 40 distribution which cater to 1862 stores across U.S. They take immense pride in creating a corporate culture where their employees would prefer to work and love to work. They prefer to establish high expectations for everything that the company indulges into and they proudly recognize themselves as a firm which is respected and considered responsible all over the world. Target has an immense believe in the importance and value of teamwork and they foster that belief through inclusion of ideas and solutions from their employees. They always try to create a memorable experience for their customers as well by engaging the employees with them imprinting a friendly and fun memory of the visit on the minds of the customers. They value and respect different ethnicities which is reflected through their diverse the range of products that the company provides.

The technological factors in the PESTLE Analysis of Target are mentioned below:

Target’s CEO has a firm belief that investing in technology today would benefit them for the next few years. The company in the past invested $7 billion in capital and $1 billion every year towards the operating expenses to modernize the existing operations. The huge sum of money was invested to remodel the current store. They have largely focused upon building revamped stores that have optimum utilization of current technologies and which promote a sense of fulfillment. Their aim is also upon improving the efficiency of their supply chain. They have mainly channelized their funds towards building an infrastructure which would support a bigger level of scale and higher levels of speed.

Target has also built enterprise data and focused on analytical areas for the purpose of targeting and personalization of data.

Following are the legal factors in the Target PESTLE Analysis:

Target Corporation has faced serious implications regarding their employment policies in the past. The company’s use of criminal background check violated against the employment of Black and Hispanic applicants. Since there was data that was already present to support the fact that a certain number of minority populations particularly, Blacks and Hispanic males are arrested and convicted at greater rates than their counterparts in the society. After legal proceedings the company decided to pay $3.74 million and decided to review its policies for screening job applicants. Although it did have negative repercussions on the brand image of the company but eventually, they were praised for their ‘Ban The Box’ movement, which enriches the lives of the people with criminal background by not considering the criminal background until later in the hiring process.

In the Target PESTLE Analysis, the environmental elements affecting its business are as below:

Target Corporation has committed that they would source its energy completely from renewable sources by the year 2030. This is one of the initiatives that they have taken towards its sustainable development goal. The energy would be used for their stores, distribution centers and corporate offices. Target have invested in solar and wind energy. Recently, they have taken up the construction of important sources like Lone Tree Wind Project in Illinois in collaboration with Leeward Renewable Energy, LLC and Sand Fork Solar in Texas with ENGIE. LED lights have been installed across 1800 stores which is again reducing the energy usage by 10 %.

Another issue that they have addressed is to source products in a responsible manner. They have worked hard towards maintaining social compliance and achieving sustainability in their supply chain. Their goal is that the vendors that they work with utilize the resources efficiently, in a safe manner and also create ethical factory environments for their employees.

To conclude, the above Target PESTLE Analysis highlights the various elements which impact its business performance. This understanding helps to evaluate the criticality of external business factors for any brand.