The threat of new entrants in the Lenovo Porter Five Forces Analysis can be explained as follows:

Lenovo is one of the leading computers, laptop & consumer electronic brands. The barriers to entry in the computer industry are very high and it takes a lot of capital investment to enter one. Not only will the company have to incur the set-up cost, but also develop skills to maintain the technology and constantly innovate it. The pace at which the industry is showing is very positive for new players to enter but at the same time, there are many well known brands in the industry who have gained brand recognition. The new customers would want to take their business to the reputed players only. The technology is also very erratic. It keeps on changing at a fast pace and it becomes difficult to achieve economies of scale due to this speed. A company like Lenovo will have to set up a wide distribution channel and incur heavy training costs for employees to provide installation services and after sales services. In all, this industry poses a lot of issues for the new entrants, yet many find it worth the risk as the market size of the industry is very large. Thus, the threat from new entrants is a moderate force. 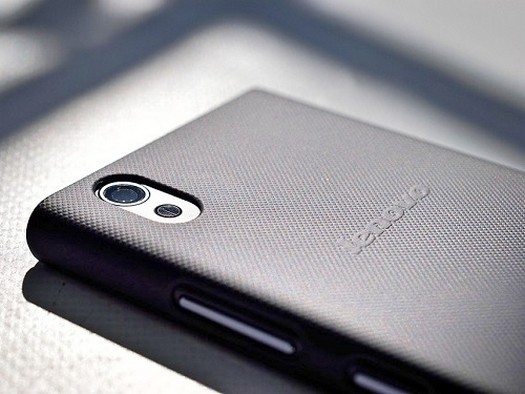 Below are the threats of substitute products of Porter’s Five Forces analysis of Lenovo:

The threat for laptops and PCs is mobiles, tablets, iPad etc.

which are less bulky and available at a cheaper rate. They perform almost all the functions of a laptop like Lenovo and people can substitute them easily. However, there are certain tasks which can be performed on a laptop or a PC only and hence it gains a bit of edge over there. PCs being very bulky are almost out of the picture and used in some offices, but laptops are required everywhere for extensive work, and they can be carried easily as well. Nowadays, laptop companies are coming with new and innovative ways to reduce the bulkiness factor of laptops which is attracting customers who are buying them extensively. Thus, they are reducing the threat of substitutes from a high scale to a moderate one due to these innovations.

In the Lenovo Porter Five Forces Analysis the bargaining power of the customers can be explained as:

The bargaining power of customers is high in this industry as there is less product differentiation and the number of options available are very high. All laptops including Lenovo have similar features. Almost every feature is common in any other laptop of the same range, and it becomes difficult to differentiate our product from the others. This is where the brand recognition and economies of scale come into play. For individual customers, it is highly likely that they will buy the product of the company that is well known in the market as it is an expensive purchase, and the customer wants to go with the trusted brand. For the bulk purchase orders by corporates, they look for more discounts and service features which can be possible when the company is enjoying economies of scale.

All these features pull up the bargaining power of the customers.

Following is the bargaining power of suppliers in the Porter’s Five Forces analysis of Lenovo:

The number of suppliers available in the market are large and Lenovo depends on them to buy small parts which does not make any supplier a major holder. This means that the company can switch suppliers when the contract expires. There is less product differentiation in the market and the switching costs are low which reduces the bargaining power of suppliers. It is important to note that Lenovo being a big brand is aware of its reputation in the market and hence the raw materials required should be of optimum quality at cheap prices. Thus, the suppliers must follow the quality code set by Lenovo. This makes the bargaining power of suppliers a weak force in the industry.

The impact of key competitors in the Lenovo Porter Five Forces Analysis is as follows:

There is heavy competitive rivalry in the computer market because there are few players, but these few players have gained a recognition equal to Lenovo and hold a significant market share in the industry. There is less product differentiation, and the switching costs are low hence it becomes easy to take customers from each other’s share. There is heavy significance on any new technology entering the market and all the companies are trying their best to capture market share by introducing a revolutionary product. Huge investments need to be incurred in the R&D sector and skilled labor in required so that they keep on fulfilling customer demands. The current competitors are Dell and HP who are very well known in the market as well. Keeping up with the technological change and at the same time introducing new and better features is a difficult task.

To conclude, the above Lenovo Porter Five Forces Analysis highlights the various elements which impact its competitive environment. This understanding helps to evaluate the various external business factors for any company.