The threat of new entrants in the Mastercard Porter Five Forces Analysis can be explained as follows:

Mastercard is a global payments processing company established in 1966 in the United States. It is one of the leading credit card companies in the world, but also has businesses like consumer credit, debit and financial solutions. The threat of new entrants depends on the entry barriers posed by the industry. The most concerning issue is that of license and regulations since the financial solutions businesses are more vulnerable to fraud and thefts. Further, the capital requirement is intensive for setting up the infrastructure. The entire technical backend to facilitate payments needs to be setup and tested thoroughly which requires high degree of technical expertise. The customers for these companies are banks and other large financial institutions. Even though they can switch to a competitor, they would have to incur switching costs in resetting the payment infrastructure and transferring the accounts of the customers. All these processes would consume a lot of time and additional personnel. So, overall the entry barriers posed by the industry is high and hence, the threat of new entrants is low. 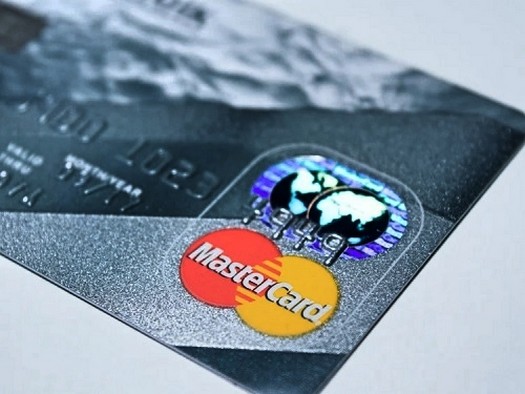 Below are the threats of substitute products of Porter’s Five Forces analysis of Mastercard:

There are many substitutes available for the payment processing and credit card companies like Mastercard and VISA.

Due to the advancements in technology, a lot of fintech companies have emerged in recent times providing sophisticated means of funds transfer. In many countries like India, UPI is a unique initiative by the Government providing cashless transfer of payments free of charge. Further, many banks have their own apps to facilitate payments using internet banking services. Additionally, payment wallets like Apple Pay, Samsung Pay, Paytm are increasingly gaining customers due to the ease of transfer. Hence, the availability of these substitutes is a concern for payment processing companies like Mastercard. The customers can incur switching costs, but the additional payment modes have made it easier for large customers to switch rather than negotiate. So, it can be concluded that the threat of substitutes is a strong force as per the Porter’s five forces model.

In the Mastercard Porter Five Forces Analysis the bargaining power of the customers can be explained as:

The primary customers for Mastercard are banks and large financial institutions. Mastercard makes money by charging its customers a small fee for every transaction made over the infrastructure. There are currently more than 700 million Mastercard credit cards being used worldwide. The customers of Mastercard are powerful and have a lot of bargaining power. This is so because the number of customers are small in number and the revenue earned per customer is a large fraction of the overall revenue as compared to other industries. However, the customers cannot forward-integrate, since it not possible for most of their customers to build the secure and sophisticated infrastructure needed to process payments. Further, they incur some switching costs as discussed above.

Overall, it can be concluded that the bargaining power of customers is a moderate to strong force due to the volume of sales the company makes per customer.

Following is the bargaining power of suppliers in the Porter’s Five Forces analysis of Mastercard:

The major suppliers of the payment processing companies are the software companies that help to build and regulate the infrastructure of the company. For payment processing in volumes of billions of dollars, the safety and reliability of the transaction is of paramount importance to the company in order to build customer loyalty. For this, the company needs highly skilled personnel to manage the platforms. With the rise in software solution companies, there are a lot of options available. However, the major concern is that switching suppliers would be extremely difficult and time-consuming. It would require the company to revamp the complete infrastructure. Overall, the bargaining power of suppliers is a moderate to strong force in the industry.

The impact of key competitors in the Mastercard Porter Five Forces Analysis is as follows:

The credit card industry is largely monopolized across the world by a few key players. The global revenue is around 140 billion USD and is expected to grow at a rapid pace. The major competitors in this segment are VISA and American Express. There were approximately 1.1 billion Visa issued credit cards in circulation worldwide in the year 2020 as compared to 1 billion for Mastercard and 50 million for American Express. Due to the increasing number of substitutes and fintech platforms coming up, the market is getting competitive. Customers can switch to easier payment methods using their mobile phones. Further, due to rapid economic growth in the post-Covid scenario, the customer base eligible for holding credit cards is expanding tremendously and thus, creating a huge potential for capturing market share.

Overall, the competitive rivalry is a strong force for the industry.

To conclude, the above Mastercard Porter Five Forces Analysis highlights the various elements which impact its competitive environment. This understanding helps to evaluate the various external business factors for any company.