The threat of new entrants in the Bridgestone Porter Five Forces Analysis can be explained as follows:

Bridgestone is a Japanese multinational auto and truck parts manufacturer and is the largest manufacturer of tires in the world. It specializes in producing tires for passenger vehicles, aircrafts, bicycles etc., Conveyor belt, hydraulic hose, Tyres equipment etc. It has an annual revenue of $28 billion USD. The industry in which the company operates is very immune to the threat of new entrants. The companies already existing in the market are established ones and has been operating in the industry for a long. The new entrants will always have difficulty in establishing a production unit and starting their operations. The name and fame of the established firms will be unmatched by the new entrants. They would not be even able to access the distribution networks and logistics as the established firms. There is also a huge requirement for human and financial capital for setting up operations. The quality of products sold by established firms like Bridgestone is already high. Thus, the new entrants have to come up with their unique value proposition and adequate marketing techniques to gain market share from the established firms. Thus, the threat of new entrants is a weak force affecting the operations of Bridgestone. 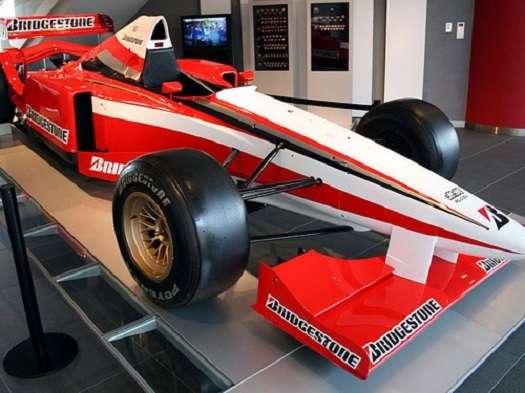 Below are the threats of substitute products of Porter’s Five Forces analysis of Bridgestone:

There are generally no product substitutes for Tires products.

But there is an increasing demand for Tires items across the world. The products offered by Bridgestone are premium priced. So, there is always an option available for brands to target the low-priced segment of the market. This increases the threat of substitution of its products. But there is goodwill attached to the company, which most of the substitutes cannot replicate. The quality of the products of Bridgestone is very high. So, the substitute products have to come up with a unique value proposition to grab the market share of the company, which seems to be a tedious task. This reduces the threat of substitutes. Besides, there is a constant change in the trends and functional capabilities of the products. This can pose a threat to the established firms that would have invested a lot of capital into particular designs. Thus, the threat of substitutes is a moderate force affecting the business of Bridgestone.

In the Bridgestone Porter Five Forces Analysis the bargaining power of the customers can be explained as:

The products of Bridgestone are generally priced high. The competitors have also priced their products in a similar range. Thus, the price-sensitive customers find the products a bit highly priced and will go for low priced ones. This increases the bargaining power of the customers. But there is a quality and assurance attached to each brand that these lower-level players would not be able to replicate. All the big brands usually provide similar top notch quality products. Thus, the bargaining power of customers is a bit low here. Moreover, there are only a small fraction of people who usually buy Tires and accessories. Thus, the available market is very small. All the players are aiming at this smaller market. Thus, there is an excess supply of tires items which drives up the bargaining power of the customers.

Thus overall, the bargaining power of customers is a moderate external force affecting the all-around operations of Bridgestone.

Following is the bargaining power of suppliers in the Porter’s Five Forces analysis of Bridgestone:

The number of suppliers in the market is greater than the number of buyers. Thus, the bargaining power of suppliers is less. Besides, the companies like Bridgestone have a sense of goodwill attached to them, which all the suppliers would like to attach. This puts the suppliers at the receiving end of negotiations, and hence they are left with little or no control over the prices. The switching costs of customers will also be less. Besides, there are chances of suppliers integrating forward and started selling self-made products in the market. But they might not be able to replicate the success of established brands like Bridgestone because of the name and fame the company has. But there might be some suppliers who feed more than one company. They will have control over the industry as a whole and thus a higher bargaining power. Thus, bargaining power of suppliers is a moderate force when it comes to the operations of Bridgestone.

The impact of key competitors in the Bridgestone Porter Five Forces Analysis is as follows:

The major competitors of Bridgestone are Yokohama Tire Corporation, Cooper Tires, Michelin, Hankook, Pirelli, Continental Tyres, Goodyear. All of these brands are well established and are almost similar in terms of their offerings. The companies provide similar products at almost similar prices. They cater to a small segment of the market and hence face intense competition amongst themselves. The industry is growing, and so is the competition between the firms. Quality is the driving factor in the Tyres industry, and since all the major players offer similar quality of products, the focus has turned to the marketing and advertising campaigns by firms. The companies are investing lump sum amounts into their marketing campaigns to make a mark in the minds of the customers. Besides, they are also investing a lot into their research and development efforts to make a breakthrough.

Thus, competitive rivalry is a strong force affecting the operations of Bridgestone.

To conclude, the above Bridgestone Porter Five Forces Analysis highlights the various elements which impact its competitive environment. This understanding helps to evaluate the various external business factors for any company.