The threat of new entrants in the Porsche Porter Five Forces Analysis can be explained as follows:

Threat of new entrants is relatively low due to intensive capital requirements and agile product development and diversification strategies of existing players. Entrants also find it hard to survive due to a strong base of loyal customers. Due to supply side economies of scale and demand side benefits of scale, Porsche has the ability to reduce prices thereby making it cost competitive, deterring new entrants. Customer switching cost is also high which discourages new entrants to compete. Even though new entrants can build a strong distribution network, innovation and high investment in Research and Development and high differentiation makes it difficult for the new entrants to emulate. In addition, strict government regulation in terms of licensing and legal requirements act as an entry barrier which is favorable for incumbent firms like Porsche. Retaliation from existing players by colluding with each other to prevent new competition further discourages new market players. 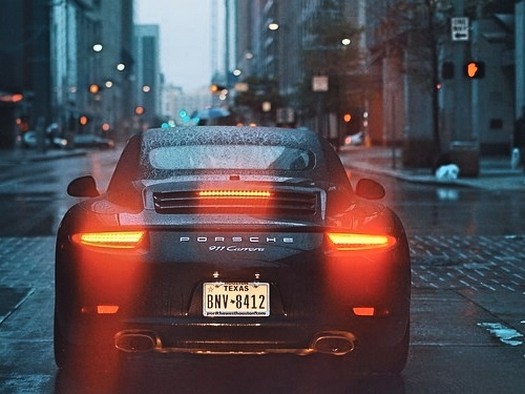 Below are the threats of substitute products of Porter’s Five Forces analysis of Porsche:

The substitutes which are available are highly expensive and have low brand proposition which reduces the Porsche’s threat of customer defection. Customer loyalty is high and since their customer segment is usually elite people, they do not switch easily. Switching costs are also high due to psychological costs. Porsche offers differentiated and diversified products and innovates with its offerings which help it in attracting and retaining its customers. Due to its substitutes it faces the risk of diluting its brand, however substitutes do not offer the same quality. Some of the Porsche substitutes are: Audi Q7, BMW X6 M etc. Porsche with its distinctiveness and its branding as ‘relevant, prestige, value’ has been able to compete with its substitute products.

In the Porsche Porter Five Forces Analysis the bargaining power of the customers can be explained as:

Bargaining Power of customers is low, since there are fewer players in the market and all players have a high level of differentiation. Even the switching cost of customers is high because of brand value and associated psychological and economic cost, thus giving Porsche an edge over its buyers. There’s also negligible threat of customer’s backward integration due to low market knowledge and high capital investments in this segment. Porsche addresses the threat of higher bargaining power by diversifying its product to increase its customer base, which helps in low concentration of buyers and eventually low bargaining power. By building customer loyalty and offering exclusivity to its customers, it increases its competitive positioning thereby reducing the bargaining power of its customers.

With introduction of new products and product diversification, a company can reduce the defection of existing customers to its competitors and can attract more negotiating power.

Following is the bargaining power of suppliers in the Porter’s Five Forces analysis of Porsche:

Bargaining power of Suppliers is low since there are numerous suppliers and few major brands in this industry segment. Its major suppliers are Hella KGaA Hueck & Co., Aisin AW Co., GKN Driveline Deutschland GmbH, BLG Automobile Logistics GmbH & Co. KG, Breme etc. These suppliers bring expertise and innovation that helps Porsche in delivering quality and reliability and thus Porsche maintains close ties with its suppliers to maintain interdependency, thereby limiting the bargaining power of its suppliers. Porsche maintains a strong network of suppliers and also rely on quality substitutes to reduce dependency on specific raw materials and supplies that could give its suppliers an edge. Since the switching cost is low for Porsche and other players in this market, this further gives them a competitive edge. High capital investment in this segment discourages Suppliers to integrate forward furthering the Porsche advantage over its suppliers.

The impact of key competitors in the Porsche Porter Five Forces Analysis is as follows:

Porsche major competitors are Ferrari, BMW, Audi, Mercedes Benz, Lamborghini, Jaguar, Bentley, Aston Martin etc. Porsche caters to the high end luxury car segment with its user base of elite customers. The industry growth is high with the projected estimated valuation of USD 566 Billion in 2026. This makes this industry highly lucrative for its competitors to attract larger market share and thus cutthroat competition. Porsche competes with its competitors by its effective differentiation and product positioning. It serves the niche ‘sports luxury car’ segment. It differentiates itself from other luxurious cars and premium brands by branding itself as a sports car which is ‘reliable, prestige and value’. Even its SUV segment is branded as a luxury sports car. By building the brand perception ‘Porsche is a lifestyle’ it has a strong base of loyal customers which gives it a competitive edge.

Even though exit barriers are low, and players who are finding it difficult to survive continue with its operation, making it a highly intense competition of attaining market share, Porsche with its exclusivity and innovation in its car products has aided in maintaining its competitive advantage.

To conclude, the above Porsche Porter Five Forces Analysis highlights the various elements which impact its competitive environment. This understanding helps to evaluate the various external business factors for any company.