The threat of new entrants in the Pepsi Porter Five Forces Analysis can be explained as follows:

PepsiCo is an American multinational corporation selling food, snack, and beverages. The company handles manufacturing, distribution, and marketing of its product line which comprises. The threat of new entrants in the Cola-flavored drink space remains a weak force. Pepsi has spent more than 5 decades creating a brand around the globe and has collaborated with local popularities to tap the sentiments of people and build associations. It is extremely challenging for a new entrant to create comparable brand equity and compete with Pepsi. The company has also taken years optimizing the distribution network even in remote areas of countries, which would require tall investments and expertise to match. Because of these forces, even when the switching cost of the customer is low, the sheer difficulty of creating a brand and ensuring that the product reaches the end consumer reduces the potential threat from new entrants. However, the company still needs to be mindful of the local players who can operate and compete effectively in smaller regions. 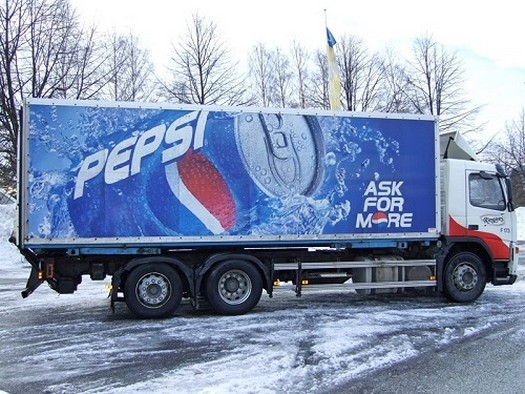 Below are the threats of substitute products of Porter’s Five Forces analysis of Pepsi:

The threat of substitutes is a strong force affecting the competitive environment of Pepsi.

This is because of the negligible switching cost and easy availability of the substitutes like high-performance drinks, juices and beverages like tea and coffee. These substitutes are almost equally affordable in most cases. Alongside, there exist certain local drinks, which are often considered as an alternative to the cola drink. The momentum against Pepsi and its prime competitor Coca-Cola also arises from the recent trends of people consuming less soda than ever before. According to various research reports, these carbonated drinks contain high amounts of sugar which causes obesity and invites a range of health problems. As people are becoming more aware, a significant proportion of consumers are seeking healthier alternatives. The trend has been evident in developed nations and has started showcasing effect even in the developing countries, prompting the younger and educated population to reconsider their beverage choices.

In the Pepsi Porter Five Forces Analysis the bargaining power of the customers can be explained as:

The bargaining power of customers is influenced by the low switching cost, easy availability of substitute products and competing brands accompanied by small product differentiation, thus becoming a strong force to influence the competitive landscape of Pepsi. The customers are attached to the brand perception that the company has created and the positioning they have adopted, making it critical for the company to stay relevant in the changing dynamics of their life. Customer satisfaction comes at the heart of such efforts, which can be altered inadvertently by modification in branding strategies, advertisements, associations & partnerships, and environmental sustainability factors.

Thus, a company like Pepsi continuously walks on a thin line from the perspective of the power of customers, which has increased many fold after the advent of social media, thus justifying its criticality.

Following is the bargaining power of suppliers in the Porter’s Five Forces analysis of Pepsi:

Pepsi exerts high bargaining power over the suppliers of raw materials, thereby weakening the impact of the force they can exert. Firstly, the raw material itself is readily available and is procured from several suppliers depending on the geographical location of production houses. Individual suppliers don’t have the capacity to negotiate terms with the company, as the conditions of the trade remain consistent across the entire width of suppliers. The company has been able to establish such an authoritative position because of the sheer volume of production and scale of operations. Secondly, the individual suppliers don’t possess the bandwidth to attempt a forward integration, because the product involves more investment in terms of branding and distribution. Thus, the Pepsi company is safe from keeping a tap on extensions in supplier’s production lines. However, to maintain the brand image, the company must maintain relationships with the suppliers based on trust and mutual profitability.

The impact of key competitors in the Pepsi Porter Five Forces Analysis is as follows:

PepsiCo is also the largest beverage company globally, with its products available in 150+ countries of the world. The major global competitor of Pepsi in the carbonated-cola drink space is Coca-Cola. Both these brands have previously engaged in what is popularly known as “Cola Wars”. With a product excruciating to differentiate, the primary drivers of revenue and growth continue to be marketing-advertising and distribution network, both of which are a money leaking machine. The market share of Cola-Cola and Pepsi are the strongest, and combined is greater than next many competitors put together. Due to the high intensity of advertising wars, sensitive price points & distribution margins and changing customer perception, the operating margins had previously declined. Therefore, competitive rivalry is a strong force to impact the decision-making process at Pepsi. Additionally, hundreds of local brands continue to grow presence in remote locations because of smaller distribution requirements and economies of scale.

It therefore becomes difficult for an international brand like Pepsi to maintain its positioning consistency while responding to local threats, which cumulatively have the potential to affect the top-line.

To conclude, the above Pepsi Porter Five Forces Analysis highlights the various elements which impact its competitive environment. This understanding helps to evaluate the various external business factors for any company.