The political factors in the Pepsi PESTLE Analysis can be explained as follows:

Pepsi is the leading beverage brand in the world/ Pepsi and its variants are tested by FDA. So, Pepsi should comply by the standards laid out by the FDA. It enjoys good popularity in developing countries like India, China etc. But, the other major part of its revenue comes from U.S.A. and other European Nations. So, any political unrest in a country can have direct consequences on sales. With U.K. withdrawing from the European Union in January 2020, Pepsi could suffer because then it can lead to change in its operational activities because of the new laws and government policies. Also, the Government’s stance on issues like health can impact Pepsi. If a government launches some health initiatives discouraging the consumption of unhealthy foods and aerated cold drinks; then it can affect it’s business adversely. Good news for Pepsi is that in the Indian market, the effective corporate tax will be reduced to 25%. Earlier it was 35%. Since, Pepsi will have more cash at its disposal; it can now increase their spending. 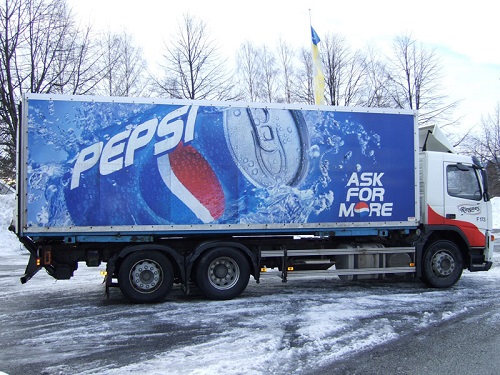 Below are the economic factors in the PESTLE Analysis of Pepsi:

So, any changes like ‘fluctuations in the raw materials’, ‘economic slowdown’, ‘Demonetization’ can harm Pepsi’s financials and dampen its growth. In the foreign markets, the profits for Pepsi will be reduced if the value of the dollar against that country’s currency is becoming stronger. Also, countries like France, Saudi Arabia have increased the taxes on beverages which contain sugar. Saudi Arabia in 2017 increased the tax charges on “Sugared beverages” to 50%. Any hike in the tax can be a cause of concern for Pepsi as it will lead to high price of their products in the market which can decrease its sales.

Pepsi’s customers are mainly of the age group 15-44. So, it should have its presence in those markets where the average age of the country lies in this range. This is the reason why Pepsi’s advertisements are focused on appeasing the people of this age group. It also launched an ad campaign in 2017, aiming to address the ‘Black lives matter movement’. The ad stars Kendal Jenner who joins a group of people protesting against the social atrocities prevailing in the society. And, then Kendal Jenner puts an end to all the injustices by offering Pepsi to one of the cops. The heavily budgeted ad campaign was criticized for devaluing the whole movement and Pepsi had to pull out its ad and had to issue a formal apology regarding the same. So, proper checks should be done before launching anything. The PR team should be consulted and its opinion must be given the utmost importance. Otherwise, it can lead to problems like this. Pepsi also needs to remain ahead of its competitors. It’s biggest competitor is Coca-Cola and if Coca-Cola is able to market itself in better way, then it can take it’s market share as it is perfect substitute for Pepsi.

The technological factors in the PESTLE Analysis of Pepsi are mentioned below:

Since, the technology has disrupted the ways companies are marketing their products; Pepsi needs to be in pace with the evolving technologies. Social media platforms like Youtube, Instagram and Facebook play a very important role in reaching out to the youth which is their main customer. The ad campaign run by Pepsi on Youtube “Back to School” very aptly touches the Indian youth’s heart. The picturisation of the song “School Khatam ho raha hai dosti nahi” makes a strong connect to its audience.

This is supported by the fact that the ad has more than 5 million views on the Youtube.

Following are the legal factors in the Pepsi PESTLE Analysis:

Brands like Pepsi & other cola drinks have faced legal issues in the past regarding the use of pesticides in its production. People in some countries use these aerated drinks as an alternative way to kill the pests. It should avoid these legal complexities as it can tarnish its brand image and sales as well. Apart from maintaining health standards, Pepsi also needs to follow the labor laws of the country it is working in failing which can damage brand’s image and can cause monetary loss as well.

In the Pepsi PESTLE Analysis, the environmental elements affecting its business are as below:

For a brand like Pepsi, the usage of Plastic (for the bottled packaging) is a necessary evil. As there are many people who prefer to drink from these bottles as they are convenient to handle than the glass bottles. But on the same hand, using plastics gives an impression that the company doesn’t care about the environment and is not adapting sustainable processes for its production.

People are becoming more sensitive towards the environment and hence there is need for corporate to change their operations in a way that minimizes the environmental damage. People like to associate themselves with the companies which do well for the environment. Also, after the Paris Agreement 2016, governments have laid down strict rules and guidelines failing which the companies would have to pay hefty fines.

To conclude, the above Pepsi PESTLE Analysis highlights the various elements which impact its business performance. This understanding helps to evaluate the criticality of external business factors for any brand.