The political factors in the Pizza Hut PESTLE Analysis can be explained as follows:

Pizza Hut is a leading pizza restaurant brand and has expanded its reach all over the world. From United States to third world states in Asia, it is critical for businesses to take various political factors into account. The actions of the government and the policies framed by them define the success of the business and determine the ease with which business can be carried out without any hindrances. If the government is supportive towards the increase in the number of outlets of Pizza Hut, then that would further increase employment opportunities in the area. The entertainment facilities would also increase for the local people. The particular laws such as the contract law, that the government enforces define the long-term financial health of the business as they dictate the clear lines, upon which the company has to operate. For food chains like Pizza Hut these policies are especially important as friendly policies help them to establish outlets with ease and also operate them efficiently. 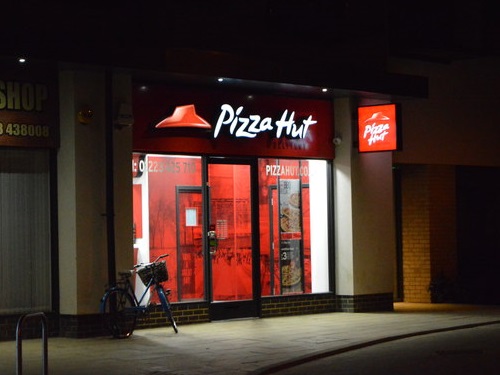 Below are the economic factors in the PESTLE Analysis of Pizza Hut:

The economic system in which the organization operates directly impacts its working.

Nations with macroeconomic system have a direct effect on business chains such as Pizza Hut. Similarly, gross domestic product, unemployment rates and inflation rates of the region affect the business in a broader sense. The more amount of foreign direct investment influx in the state, the larger number of franchises of Pizza Hut will be constructed. The economic factors also include the consumer burying and overall expenses design. People spend more amounts of money in the beginning of the month and visit the outlet more often. The efficiency of the operation of the financial markets has a profound impact on the ability of Pizza Hut to raise capital at a fair price. If inflation increases the cost of the raw material then this leads to high prices for the products.

Since Pizza hut is a multinational brand, whose origination can be traced back to America, the entire organization is overwhelmed by western culture. Every country has cultural norms, values, beliefs and religion which affect the working of the organization. Factors such as Demographic and life expectancy of people affect the fact that whether a franchise of Pizza Hut can be established. The area with high life expectancy and greater urban population have better sales and thus better profits. Preferences of the local people affect profitability to a great extent. Developed nations have people which are prone to fast food, which leads to greater sales and better profits for the company. The class distribution is also very important as a premium brand such as Pizza Hut would not be able to obtain sales if it promotes its products among general public where majority of the people belong to lower class.

The technological factors in the PESTLE Analysis of Pizza Hut are mentioned below:

In order to prevent obsolescence in the future by a company it is important that the brands constantly innovate and create with the help of new disruptive technologies. In the 1990s Pizza Hut had the largest profits in the industry. With the 2000s and probably after 2007, a number of new chains like Pizza Hut surfaced into the market. Now, in order to deal with the competition Pizza Hut launched new ideas to stay relevant in the market. The current industry trends have also increased the sales of the company. The ease of ordering of food from online portals along with the discounts offered has had a positive impact on profitability. They have invested in customer centric technologies such as computer based customer data that is MIS (managing information system) which acts as a direct aid in collecting data of the customers, conducting daily transactions, forecasting the future and decision making. Even the entrance of new and efficient vehicles would make their service efficient.

Thus, the viability of a technology is judged through its ability to generate profits for the firm.

Following are the legal factors in the Pizza Hut PESTLE Analysis:

Respecting and diligently following the laws and regulations of a particular business state in which a food chain is working dictates the value of the business. For the company to maintain the taste as well as the quality of its Pizza, the owner and managerial staff of Pizza Hut should focus upon adhering to all standards. Big brand names are required to be in compliance with the current industry laws pertaining to health and safety of its labor. The company in the past has faced issues regarding non-compliance with fair work laws. Following an audit of 32 branches of Pizza Hut, the inspectors found out that 28 branches were not adhering to fair work laws. The investigation revealed that a franchise in Newcastle failed to pay $19762 to its 24 employees in November 2015 and May 2016. The brand faced criticism from Fair Work Ombudsman (FWO), who accused the fast food giant in a large media release on account of failing to pay heed to the concerns of the agency for non-compliance of the regulations of the network.

In the Pizza Hut PESTLE Analysis, the environmental elements affecting its business are as below:

Those companies which produce large amounts of waste may attract hefty fines and also be required by law to change their environmental habits. Factors such as Hygiene and trends related to recycling need to be considered by food chains like Pizza Hut. The brand has a comprehensive policy for the use of tropical commodities such as soy, palm oil and beef, so that the company doesn’t contribute towards destruction of tropical rainforests. The Pizza Hut brand focuses on minimizing, reducing and compensating for carbon emissions. They have several initiatives for the same as green building and energy efficiency.

The company is the founding member of The UK Plastics Pact which is a collaborative initiative to bring businesses together and provide a direction to the governments as well as NGOs for the issue of management of plastic. Pizza Hut took a step further towards sustainability by eradicating the use of plastic straws and introducing paper straws in replacement. The company has invested over £1.5m in new smart meters, LED lighting and signage which are environmental measures taken to reduce carbon footprint.

To conclude, the above Pizza Hut PESTLE Analysis highlights the various elements which impact its business performance. This understanding helps to evaluate the criticality of external business factors for any brand.