The political factors in the Louis Vuitton PESTLE Analysis can be explained as follows:

Most of the countries where Louis Vuitton has its presence seem to be doing well on Political Stability Index. But, it has some exceptions to it. United Kingdom’s decision of exiting the European Union has created a situation of uncertainity and political instability in the U.K. nations i.e. (England, Scotland, Wales, and North Ireland). This can have serious long term repercussions on Louis Vuitton. Also, one other factor is the high import duties on Louis Vuitton’s products. Nations like China have charge high import duties which creates a significant price difference from the other nations. So, the customers will want to purchase the items from foreign countries to enjoy the price advantage. So, it is evident that for Louis Vuitton to progress it must have its presence in those markets which attract more tourists. Therefore, it is recommended that Louis Vuitton should not open its stores in a country which is affected by terrorism. Since, it will attract fewer tourists. 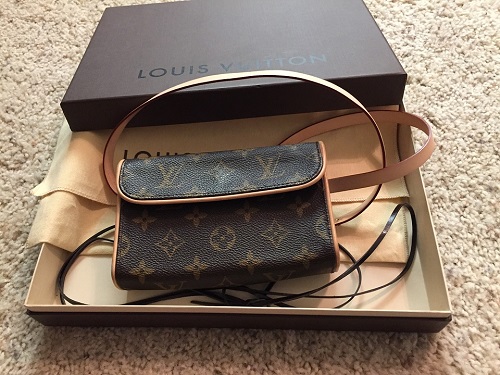 Below are the economic factors in the PESTLE Analysis of Louis Vuitton:

There are many countries which impose high luxury tax on a brand like Louis Vuitton.

This creates a significant price difference in different markets which can cause problems which do not have solution. Also, the world is witnessing a slowdown in the economic growth. So, this economic slowdown can cause a “Lipstick Effect” which states that during the phase of recession customers will tend to buy those luxury goods which are less expensive. So, there are high chances that the sales of nail paint would increase while the sales of heavy fur coats will see a decline. Louis Vuitton should invest in developing countries like India, Bangladesh etc. as these countries can provide cheap labor which can help Louis Vuitton reduce its costs. Also, these nations are growing faster than the global economy. So, they can become a source of huge profits.

Louis Vuitton has a big advantage in terms of brand perceived value. Since, the company has its roots in Europe ( i.e. it was originated in France), people tend to rate the European Luxury items more than any luxury item made in Asian or South American nation. People also have the tendency to try newer brands which are more exclusive. So, in the search of more exclusive brands they tend to switch from the established regular brands to the exclusive ones. This gives all the European Giants an advantage over the other brands. There is also a need of proper market segmentation i.e. Louis Vuitton being a luxury brand can’t sell it products in a nation with majority of its people belonging from lower middle class society or underdeveloped nations.

The technological factors in the PESTLE Analysis of Louis Vuitton are mentioned below:

Apart from selling only on their in house E-commerce portal or website, Louis Vuitton should also have a prominent presence on the E-commerce portals like Amazon, Flipkart etc. It will help them reach to larger audience. Also, an average person today tends to check its social media more than 6 times a day. Therefore, Louis Vuitton should make full utilization of these social media platforms like Facebook, Instagram, Youtube, Pinterest, Twitter etc. It should run paid ad campaigns which to reach out to its prospect customers. Doing this will also help Louis Vuitton in keeping a constant engagement with their prospect customers.

Timely technological advancements are required in order to minimize the costs.

Following are the legal factors in the Louis Vuitton PESTLE Analysis:

Although, big businesses need to focus on many legal laws while working in multiple nations, but the most important legal factor for any luxury brand will be “Counterfeiting”. Counterfeiting remains a challenge throughout the globe for Louis Vuitton. According to the data from Anti-Counterfeiting group, more than 10% of the sales in U.K. are lost due to counterfeiting every year. In order to tackle this problem, “Anti-Counterfeiting Trade Agreement” was signed but is yet to be implemented. Also, protection of Intellectual Property Rights plays an important role in deciding which country to invest into. It is a bit riskier for Louis Vuitton to operate in countries like India as it ranks very lowly on Intellectual Property Index of 45 nations compiled by the U.S. Chamber of Commerce. Also, the company needs to have a detailed analysis of the Business Laws, Employment laws of the country it wants to invest into; whether the laws match with its business model or not.

In the Louis Vuitton PESTLE Analysis, the environmental elements affecting its business are as below:

These are the key factors of consideration for Louis Vuitton as more and more people becoming sensitive about the environment. Louis Vuitton should implement processes which will help it in reducing its carbon emissions.

Its website also has no mention of reducing the textile waste or minimizing the release of harmful chemicals into the environment. Also, as the company produces Fur coats, Leather wallets and bags made from animal’s skin; the company is rated poorly on Animal Welfare. So, the company should work meticulously to bring sustainable processes in its operations as people also like to associate themselves with the brands which do well for the environment.

To conclude, the above Louis Vuitton PESTLE Analysis highlights the various elements which impact its business performance. This understanding helps to evaluate the criticality of external business factors for any brand.