The threat of new entrants in the General Motors Porter Five Forces Analysis can be explained as follows:

New entrants have the potential to reduce the market share and profits of firms. The factors that influence the threat of new entrants are the switching costs and economies of scale. In the case of General Motors, we can consider that the switching costs are moderate, and as each unit have a high price and are not sold at minimal margins, the economies of scale concept are not relevant here and can be considered a weak force. In the automobile sector, economies of scale are not considered. But it must be noted that General Motors poses a significant threat from joint ventures or subsidiaries of large organizations that have the potential to introduce disruptive innovations into the market. Other factors that can influence the threat of new entrants are access to suppliers, existing competition and brand equity. General Motors has huge brand equity at their disposal and a loyal customer base as well. The automobile industry already has a fair share of competition in the industry with big bands playing. With all these factors into consideration, we can say that the threat of new entrants for General Motors is low to moderate. 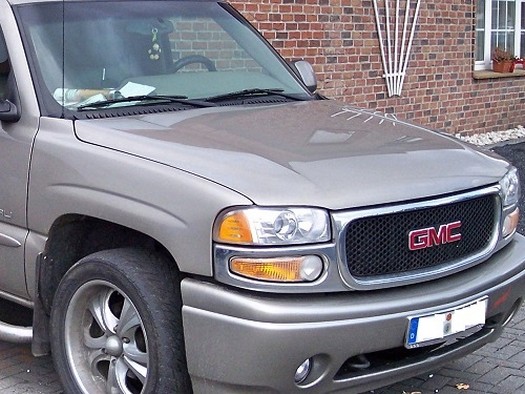 Below are the threats of substitute products of Porter’s Five Forces analysis of General Motors:

Substitutes have the potential to reduce the sales for a firm like General Motors and limit the opportunities in the automotive industry.

In the General Motors Porter Five Forces Analysis the bargaining power of the customers can be explained as:

Here the customers are the customers in the automotive industry. They drive the revenues and profits. The factors that influence the bargaining power of these customers is the switching costs, substitute availability, cohesive behavior of customers. As mentioned previously, the switching costs, in this case, are moderate. This switching can happen due to price sensitivity. There are a decent number of substitutes available for General Motors Customers, mainly being individuals here, do not specifically display any cohesive behavior. As this is the automotive industry, a typical customer purchases at most one car, but the firm sells cars in lakhs every year. Additionally, the customers are not aware of the materials and manpower used in manufacturing automobiles and the prices and quality. Due to this information asymmetry, the customers tend to prefer brands with high brand equity, which General Motors has plenty of. Owing to this pattern, the customer will not be able to dictate the price.

Based on the above-discussed factors, we can say that the bargaining power of customers is low to moderate.

Following is the bargaining power of suppliers in the Porter’s Five Forces analysis of General Motors:

Here, suppliers for General Motors are responsible for the availability of input materials to General Motors automobiles and other products. Supply continuity is required from suppliers to ensure continuous production with respect to corresponding demand. The factors that influence the bargaining power of suppliers are the number of suppliers, the quantity of supply and the extent of forwarding integration. Plenty of suppliers is available at General Motors disposal, such as iron suppliers, aluminum suppliers, semiconductor parts, etc. The variety of the material supplied is not radically different and hence is not much differentiable. The company also procures these primary and intermediate materials from multiple suppliers, not a single one. Hence, disruption in the supply from a single supplier will not drastically affect production. It spends a considerable amount on the research and development of its products. It also has high brand equity. It is hard for any supplier to integrate and be successful in such a competitive industry with all these factors going in. Additionally, the purchase quantities are high for General Motors from its suppliers, and hence, General Motors has the upper hand to dictate prices in comparison to its suppliers. Taking all these factors into account, we can say that the bargaining power of suppliers is low.

The impact of key competitors in the General Motors Porter Five Forces Analysis is as follows:

The factors that influence this force are the aggressiveness of firms, number of firms at play, differentiability factors, exit barriers. The aggressiveness of the other players can be determined by their marketing campaigns, research and development investments, price competitiveness, etc. It is well known that there is good price competition in the automotive industry. All the firms invest their fair share in research and development in coming up with innovations to differentiate themselves. So, aggressiveness is clearly high. The exit barriers are high partly due to the sheer amount of capital expenses the firms have to make. So, the firms in the competition with General Motors come up with the most efficient strategies to grow. Differentiation is achieved through research and development, and clearly, it is moderate. The number of firms is low to moderate. This is because there is competition both at the global level and local level where the local players are dominant in some markets.

Owing to all these factors, we can conclude that the competitive rivalry is high.

To conclude, the above General Motors Porter Five Forces Analysis highlights the various elements which impact its competitive environment. This understanding helps to evaluate the various external business factors for any company.