The threat of new entrants in the Estée Lauder Porter Five Forces Analysis can be explained as follows:

Estée Lauder is one of the leading manufacturers of cosmetics, makeup, fragrance, and haircare. The threat of new entrants depends on the entry barrier that the industry poses. In this industry, it is very difficult to achieve cost advantage by mass production. Hence, companies like Estée Lauder, established several decades years ago has a key advantage in terms of improving the profitability by controlling the costs. Further, for manufacture of cosmetics, skincare etc. the capital requirement is high. There is a need for investments in Research and Development, setting up infrastructure and promotion and marketing of the products. Although the customers incur no switching costs in switching to a competitor, a lot of customers in this industry are brand loyal and they do not prefer switching to different brands frequently. The incumbent players, in addition to enjoying brand loyalty, also gain from well-established distribution channels and strong relationships with suppliers and promoters. As a result, the entry barrier is high and so, the threat of new entrants is low in the cosmetics and skincare industry. 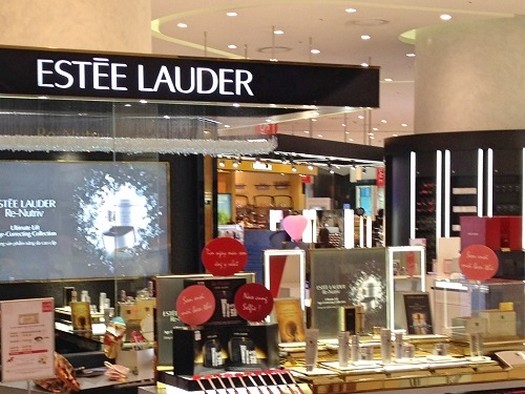 Below are the threats of substitute products of Porter’s Five Forces analysis of Estée Lauder:

Products offered by the cosmetics and personal care industry has a huge market.

A majority of the population all over the world use personal care and makeup products in varying frequencies. There is no proper substitute for the products offered by a company like Estée Lauder in the cosmetics industry. There are people who prefer to use homemade products for skin and haircare but that forms a very low section of the whole target segment. Further, with the growing popularity of social media and influencer marketing, cosmetics and personal care products are becoming increasingly popular to different customer segments. So overall, it can be concluded that the threat of substitutes is a weak force for the cosmetics and personal care industry as per the Porter’s five forces model.

In the Estée Lauder Porter Five Forces Analysis the bargaining power of the customers can be explained as:

There are multiple factors that affect the buying power of customers in the cosmetics industry. The size of purchase as a ratio of the overall revenue is very small. So, the companies can afford few customers turning away. For instance, Estée Lauder generates a total revenue of more than $14 billion USD globally annually. Further, even though the product range is similar for the leading industries, the products offered are highly differentiated. These companies spend millions of dollars in research and development every year and carefully craft their product range to enhance reach. Estée Lauder spent more than $200 million in R&D, for example. As a result of the differentiation, the customers cannot backward integrate i.e., produce their own products. The customers can be price sensitive when it comes to cosmetics due to the various choices available, but most of the brands of Estée Lauder like La Mer, Bobby Brown and Clinique targets the premium segment and the customers in this segment are relatively not price sensitive. However, the customers face no switching costs and there are multiple choices available even in the premium segment.

Overall, the bargaining power of customers is moderate to low.

Following is the bargaining power of suppliers in the Porter’s Five Forces analysis of Estée Lauder:

Estée Lauder sources its raw materials from a wide range of suppliers all over the world. There is high availability of suppliers as a result. Further, the products offered by the suppliers are large undifferentiated and obtained in large quantities. The differentiation in final products is created by the company which gives them an edge over the suppliers. Further, the company faces no switching costs if it wishes to change the suppliers, if we ignore the cost of termination of contract if any. Further, the suppliers cannot integrate forward, or compete directly with the offerings of the cosmetics and personal care industry because of the intensive capital requirements and the highly competitive nature of the industry. Overall, the bargaining power of suppliers is a weak force for the cosmetics and personal care industry.

The impact of key competitors in the Estée Lauder Porter Five Forces Analysis is as follows:

The projected growth for the cosmetics industry estimated to grow significantly globally. This rate hints at intensive threat of competition among the key players. There are many competitors for Estée Lauder. The biggest competitors of Estée Lauder are Loreal and Unilever having a competition worldwide. There are high exit barriers in the industry because of the expenses of winding up infrastructure and paying off debts. As a result, less profitable companies also chose to stay and eat up into the profits of the key players. Further, with companies spending more and more in social media and influencer marketing, customers have a lot of choices available at their disposal and face no switching costs in trying out the products of the competitors. The price competition is low because of product differentiation, but there are sections of customers who are price sensitive.

Overall, the competitive rivalry is a strong force in the industry in which Estée Lauder operates.

To conclude, the above Estée Lauder Porter Five Forces Analysis highlights the various elements which impact its competitive environment. This understanding helps to evaluate the various external business factors for any company.