The threat of new entrants in the Airbus Porter Five Forces Analysis can be explained as follows:

Airbus is one of the leading manufacturers and suppliers of aircrafts in the world. It designs, manufactures, and delivers commercial aircrafts, helicopters and defense aircrafts. The threat of new entrants in the industry can be analyzed by primarily looking at the entry barriers. The fixed costs in setting up a company in this industry are huge. As a result, incumbents are able to enjoy cost advantages due to economies of scale working in their favor. Further, the industry is highly capital-intensive. There are major shares of investments required by Airbus for research and development, designing the aircrafts, and producing them. Skilled labor needs to be employed and logistics needs to be set up. Further, in the aircraft industry, vehicle safety and strength are of paramount importance. The incumbent players retain market share by maintain the reliable brand image. All these factors pose major entry barriers for a new entrant. Hence, the threat of new entrants is a weak force in the aircraft manufacturing industry. 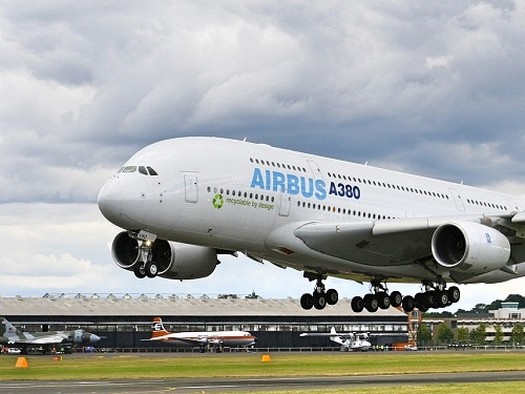 Below are the threats of substitute products of Porter’s Five Forces analysis of Airbus:

The offerings of Airbus and similar large players in the aerospace industry are highly differentiated.

These companies spend a lot of money in research and development in order to improve their offerings. For instance, Airbus spent more than $2 billion US dollars in a year alone for research and development activities. Further, there are no substitutes available for the offerings of the aerospace industry. Largely, any means of transport like cars, bikes, trains etc. are possible substitutes, but the speed and quality of transport provided by these substitutes is in no way comparable to aircrafts. So, it can be concluded that the threat of substitutes is a very weak force for Airbus and other key players in the aerospace industry.

In the Airbus Porter Five Forces Analysis the bargaining power of the customers can be explained as:

Hence, the bargaining power of customers is a strong force in the aerospace industry.

Following is the bargaining power of suppliers in the Porter’s Five Forces analysis of Airbus:

Airbus sources its raw materials from more than 10,000 suppliers from all over the world. The number of suppliers is large and are geographically spread out. Some of the major suppliers include Liebherr, Diehl, Safran etc. The company ensures to onboard more suppliers to avoid concentration of power. Each of these suppliers supply very small units of the aircraft and hence the products are highly undifferentiated. The product differentiation is done at the level of Airbus. Further, the company incurs no switching costs apart from minimal contract termination expenditures. Further, due to the capital-intensive nature of the aerospace industry, the suppliers cannot forward integrate or be a direct competitor. The suppliers cannot afford to lose the contracts of large firms like Airbus, and hence it dictates the terms of the contract largely. Hence, for Airbus and other key players, the bargaining power of suppliers in a weak force.

The impact of key competitors in the Airbus Porter Five Forces Analysis is as follows:

There are a number of players in the aerospace industry. However, Airbus faces direct competition only from few of the larger firms like Lockheed Martin, Raytheon and Boeing. In terms of the global revenue, Airbus and Lockheed Martin are the two major players, both of which generated a total revenue of more than $60 billion USD annually. The market has is growing moderately. It is expected to reach a size of $ 500 billion by 2030. Due to the intensive capital requirements, there are high exit barriers. There are expenses in selling off assets and paying off debts. The price competition is very high because the customers usually purchase a whole fleet of vehicles and the investments are huge, even for large customers. The growth of the market is slow and so, the competitors would need to expand at a large scale to capture market share.

Overall, the competitive rivalry is a moderate to strong force in the aerospace industry.

To conclude, the above Airbus Porter Five Forces Analysis highlights the various elements which impact its competitive environment. This understanding helps to evaluate the various external business factors for any company.