The political factors in the Lux PESTLE Analysis can be explained as follows:

Lux is under the brand of Unilever which is dependent on the administrative Strategies and laws prevalent in the United Kingdom European Commission. It is a multinational company it is affected by the political stability and instability present in the country which it operates as well as the overall political Framework prevalent around the world. For example, give to the political instability of the economic instability been created due to the China-US trade war has led to various trade restrictions between the two countries. It also depends upon the political framework of all the changes that have been brought in by the current government. For example, when India opened its market during the 1991 liberalization period, Unilever took advantage of the situation and expanded its market for India. Lux (HUL) should not align it with any political party as it is an independent business entity and any affiliation to a particular party would affect this customer base. HUL being a multinational has large font Reserves and can use this as an advantage to its own business by aligning with the government schemes and exerting pressure on the government to pass on some of the beneficial laws favoring them. 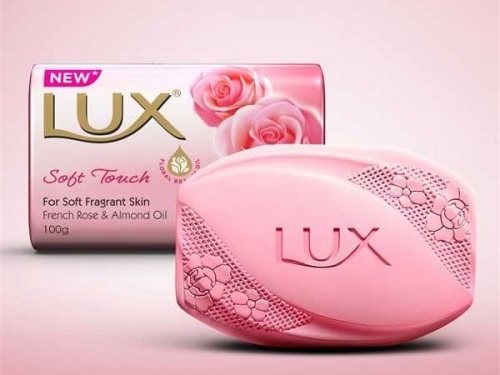 Below are the economic factors in the PESTLE Analysis of Lux:

As explained in the political factors, the functioning of LUX is affected by the economic stability and instability of the country in which it operates and also the economic condition of the world.

For example, in 2009 when the world was hit by and recession, Asian countries such as India were not seriously affected, Lux brand remain profitable in India although it was facing tough times all around the world. The FMCG market is largely dependent on the procurement of raw material and its supply, prices of the raw material are affected due to the economic instability prevalent in the country it will directly affect the prices of the product. This will, in turn, affect the Price sensitive customers. other economic factors such as the GDP of the country, per capita GDP of the people, and disposable income in the hands of the common man affects the movement of the FMCG products. India has one of the lowest per capita GDP which in turn affect the purchasing power of the consumers, HUL has been trying to change the perception for many years and has been introducing cost-efficient or Economic FMCG products.

Since has started its operation in India, it has position itself as a brand that cares for its consumers. Lux being driven by an FMCG company, people are its main resource. It has launched various projects or social initiatives such as project Shakti, which aimed at empowering rural women, by helping them create their own livelihood. Another initiative by Lux’s parent company is promoting the message of cleanliness among the people by its Lifebuoy hand wash program. It has been considering the betterment of its employees and providing equal opportunities for growth, without any difference between gender, age, caste, HUL has provided betters employment opportunities to the women or backward caste people such that they are included in the growth story of India. There are Day Care Centers flexible timings and work from facilities for new mothers.

The technological factors in the PESTLE Analysis of Lux are mentioned below:

In the last two decades technological advancement has been a major differentiator between the competitive firms since it has changed the industry equation small a simple innovative method. In recent years, connectivity between people has been a major part of technological advancement and there are various apps and websites available such that the people can be made aware of the products like Lux. Online delivery of the FMCG products has increased in the recent past and Unilever should consider setting up its own online delivery system such that it can take a competitive edge over its competitors. Due to the technological advancement is in the supply chain and logistics department well has improved its product management system.

Modern factories are well equipped with automation and robotics such that it has reduced the human error and has helped improve the productivity and efficiency.

Following are the legal factors in the Lux PESTLE Analysis:

Lux being a product of a multinational company it is well aware of the legal regulations that are been placed by the local government or local governing bodies. The company has its operation all over the world, and the functioning of HUL in each all the countries is dependent upon the local laws which are imposed by the government. For example if there is any flood or drought-like situation in a particular area the local government can impose restrictions on the prices of the basic products which are necessary for survival, in such a situation HUL should other by the laws which are being imposed by the government. Though there are some laws which are in common between various countries, it should keep a mark on what are the exact laws being imposed in a country, without thinking that the same laws will be applied everywhere.

In the Lux PESTLE Analysis, the environmental elements affecting its business are as below:

The company has been involved in various legal matters concerning the environmental wellbeing of the local area and its citizens.

There was a factory issue, where the company was accused of dumping powerful waste in the forest area. due to the above-mentioned problem HUL was involved in a legal battle with the local authority and eventually, it had to close down the factory and clean up the harmful waste which it at created in the environment. The company is a major producer of FMCG products most of its products reduce harmful chemicals as its by-products which should be disposed of well so as to avoid any legal issue.

To conclude, the above Lux PESTLE Analysis highlights the various elements which impact its business performance. This understanding helps to evaluate the criticality of external business factors for any brand.