PESTLE analysis is a framework which is imperative for companies such as Dolce & Gabbana (D&G), as it helps to understand market dynamics & improve its business continuously. PESTLE analysis is also referred to as PESTEL analysis.

The political factors in the Dolce & Gabbana (D&G) PESTLE Analysis can be explained as follows:

Dolce and Gabbana (D&G) is a popular Italy-based fashion retailer. As a global retailer it is subject to tax jurisdictions in respective countries. Any increase in tariffs on imported materials, customs, duties or any other type of indirect tax, would hurt the profitability of the company. In the past, the company was also embroiled in a tax dispute with the Italian Revenue Agency. The authorities accused the company of shifting ownership of certain intangibles to a subsidiary in Luxembourg. This allowed the company to evade taxes in Italy. Also, the authorities alleged that such a decision was taken in Italian headquarters, whereas no administrative structure was there in Luxembourg. In 2013, a local court even ruled against the company. The court found the company guilty of not paying taxes on royalty worth $1.3 billion. Even a second appeal in another court resulted in conviction. Finally, in 2018, the Italy Supreme Court acquitted them. Yet, any such future cases could damage the reputation and profitability of the company. 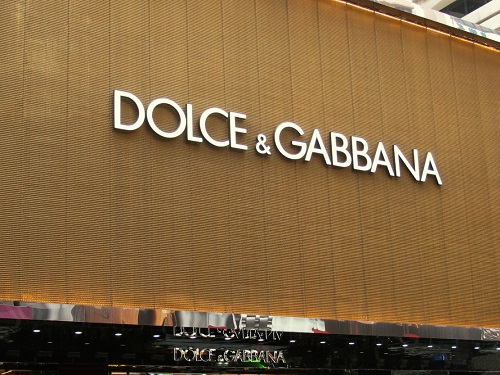 Below are the economic factors in the PESTLE Analysis of Dolce & Gabbana (D&G):

D&G’s business is driven by many global economic factors.

The impact of Covid-19 has been very severe for global fashion retails outlets. Headquartered in Italy, which was under a very stringent lockdown, Dolce and Gabbana too was hard hit. Also, its presence across EU nations has adversely affected sales of the brand. Also, as the brand has good presence in the UK, Dolce and Gabbana will have to bear the impact of Brexit. The value of the pound may fall against the Euro, thereby increasing the costs of the imported raw materials. This would cause the brand to either increase the prices or sell at lesser margins. Additionally, the brand has been tapping opportunities and expanding in Asian markets. It has come up with different designer brands, taking advantage of their increasing disposable income, digital economy, high populations, ease of doing business, etc. D&G earned 30% of its $1.3 billion from Asia-Pacific markets.

Dolce and Gabbana’s business is impacted a lot by social behavior. It came up with an ad campaign in China. In this ad, a Chinese woman is seen, attempting to eat pizza, spaghetti and cannoli with chopsticks. There is a background voice providing her instructions and also allegedly mocking Chinese speech. The ad was meant to be a light-hearted campaign to promote the brand. Yet, it turned out to be a controversial ad. Another time, users criticized the comments of the founder regarding sensitive topics on the society. Thus, the brand is susceptible to heavy damage to its corporate image. All comments need to keep in mind the cultural sensitivities of people.

The technological factors in the PESTLE Analysis of Dolce & Gabbana (D&G) are mentioned below:

The company uses technology in unique ways to tap opportunities. Dolce and Gabbana used drones to move their fashion handbags in the Milan Fashion Week. This was also the first time any brand used drones to show its products in Italy’s major Fashion Week. In 2020, the company launched an innovative campaign called Holiday Animation. As many retail outlets remain closed, or grapple with low footfall, the company’s Digital Holiday Gifting Campaign, was an interesting way to engage with its shoppers. The aim was to showcase the latest collections of the brand. The campaign was produced using studio animations and 3-D DLP technology. The 1-minute video titled – “With Love from Domenico and Stefano: #DG Holidays 2020” shows animated characters of designers presenting their holiday creation. It also shows the activities taking place at the company headquarters, as well as how the sewing process happens. Also, the company has come up with Virtual Boutique. This allows shoppers to get a 360° experience.

This technology allows consumers to walk the store in virtual way and select and purchase the products.

Following are the legal factors in the Dolce & Gabbana (D&G) PESTLE Analysis:

Dolce and Gabbana is subject to tax laws in many countries. Thus, it needs to ensure full compliance. Even though the company may have done its own thorough assessment, it still faces the risk of litigation from tax authorities, if any non-compliance is discovered. This may cause the company to unnecessarily divert its resources in fighting such cases. Also, the D&G brand seeks to protect its trademarks, brands and intellectual works. This includes computer programs and databases. Yet, any changes in law in a country may reduce or even remove the protection received by law for their trademarks and intellectual property rights. Such events can hurt competitive advantage of the company and affect its profitability.

In the Dolce & Gabbana (D&G) PESTLE Analysis, the environmental elements affecting its business are as below:

Although, many of the company’s competitors have moved away from using animal fur, Dolce and Gabbana still uses Orylag fur, made from the skin of genetically engineered rabbits. Animals rights group, PETA, has even initiated a petition against the company’s use of animal fur. Hence, such activities can severely damage company image and reputation. Recently, it was also found that the brand uses biodegradable silk fabric in their apparel.

This fabric is manufactured in India and causes water pollution, mental illnesses, cancers in the area near the factory. Apart from this any unforeseen event like natural disasters, catastrophic events, or spread of highly infectious diseases can affect the sales of the brand. The Covid-19 pandemic is a prime example of the environmental and health crisis affecting the demand of the brand.

To conclude, the above Dolce & Gabbana (D&G) PESTLE Analysis highlights the various elements which impact its business performance. This understanding helps to evaluate the criticality of external business factors for any brand.