The political factors in the Kroger PESTLE Analysis can be explained as follows:

One of the most popular grocery store chains in America is Kroger. It has nearly 3000 stores present across thirty states and is a nationwide phenomenon. The company’s first store was opened in Cincinnati, Ohio. Factors like environmental regulations, employment law, political stability, trade restrictions and tax reforms that are influenced by government decisions have huge impact on the company. The political factors include the leadership compromise. COVID 19 has impacted Senate as well as the White House potentially creating a highly volatile environment for the stock and sales which could also affect other factors of the PESTEL analysis. Such increase in uncertainty may affect markets and society. The company is also impacted by the change in leadership, as it causes changes in taxes and regulations which may potentially change the market conditions for Kroger. Some changes in the political environment may also be beneficial for the company and hence an analysis would help it to take full advantage of such situations. 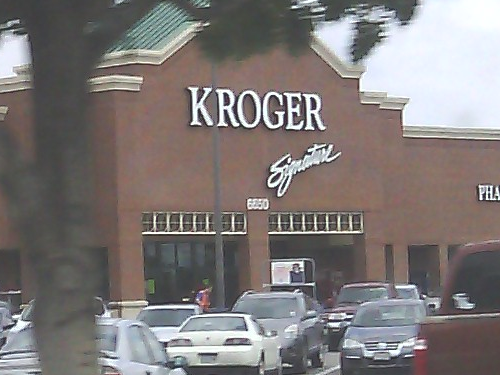 Below are the economic factors in the PESTLE Analysis of Kroger:

The fluctuations in economy could impact various sectors including Kroger’s in the retail sector.

Some sectors may be boosting and some may see a downfall. One economic factor that would always be a risk for such a company is the potential for recession. Various factors could lead to such a scenario differing from one country to another. Factors like growth of the economy, cost of living, wage rate, exchange rate, interest rates and inflation are also come with a potential threat. The cost of living in an economy and purchasing power parity in an economy affects not only the type of goods that the people would buy but also the amount of money that the consumer would want to spend. The stock market prices of a company also determines how beneficial it is to the shareholders thereby influencing the brand value and image of the company. The company should also be benefitting for the economy in terms of its growth and value to the citizens.

The culture and religions of the nation where Kroger is operating may vary from one country to another and so considering factors like demographics population growth rates and various other cultural aspects is a fundamental importance for the company in order to attract and be able to serve to the right customers. Proper analysis of such factors would help in selecting the right marketing strategies and stock products accordingly. Different people may react to different new products in separate ways and so measures must be taken accordingly. Any marketing strategies that could lead to offending any set of potential customers could lead to protests which would lead to demeaning of the company. Apart from the goodwill being damaged the company may also Financial losses if such a situation arises. A company like Kroger must also invest in it's loyal customers as they would be the ones who would help the company to sustain in the long run and boost up its profits.

The technological factors in the PESTLE Analysis of Kroger are mentioned below:

Kroger must continuously take a foods to enhance its processes and technological innovations to meet its customers requirements. It must invest in research and development to monitor the latest technologies in the market and adapt to the ones that would prove to be beneficial for the company. It must adapt to all the various payment methods that are being introduced in the recent times would also require continuous monitoring. Adapting to the latest modes of ordering systems to reduce the queues in stores Should also be taken into consideration if required. More such measures like delivery services could also help it to sustain in the market as people have been seen getting attracted to online ordering during the pandemic due to its convenience.

The first mover gets unmatched advantage in such scenarios but none the less the risks should also be considered time and again before taking any steps.

Following are the legal factors in the Kroger PESTLE Analysis:

There are certain laws and regulations that might affect business operations of companies in an industry. The laws differ from one country to the other and also from one industry to the other. Certain laws that Kroger Could be based on taxation, discrimination laws, health and safety laws , data protection laws, Copyright or patent laws or consumer protection related laws. not only national laws but changes in international laws could also affect the working of the company. The company should abide by the antitrust laws and adopt fair business practices. Not following or abiding by such laws could lead to lawsuits and litigation Chargers thereby affecting not only the companies goodwill but also affecting it's profits and growth aspects. Kroger should hence carefully evaluate any market on the basis of its legal factors before entering into it.

In the Kroger PESTLE Analysis, the environmental elements affecting its business are as below:

The environmental factors are concerned with not only the internal environment but also the external environment factors that has an impact on the performance of the company. Environment factors like weather climate change pollution levels in a country and also the laws related to the environment could affect the operation of a business. Just like the legal factors the environmental factors also differ from one country to the other. The company should have a proper waste disposal system as they would have to dispose the expiry products after regular assessments. the company should also adapt to eco-friendly measures and take measures like sending bills via email or text message and providing paper packaging instead of plastic packets.

Such measures would lead to the company’s participation in corporate social responsibility and thereby increase company’s goodwill. Renewable sources of energy must also be considered and adapted wherever possible. This would help Kroger sustain in the long term.

To conclude, the above Kroger PESTLE Analysis highlights the various elements which impact its business performance. This understanding helps to evaluate the criticality of external business factors for any brand.