The political factors in the Kmart PESTLE Analysis can be explained as follows: 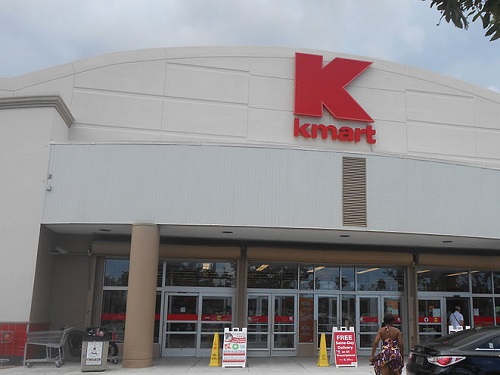 Below are the economic factors in the PESTLE Analysis of Kmart:

For use store like Kmart, the supply and demand of products play a major role in determining its profits and growth.

Some of the economic factors that Could affect the company are the willingness of people to spend, government spending, demand shifts, unemployment rates, consumer disposable income, availability of capital at cheaper rates, credit rating. The Economic structure and the state of economy also impact peoples purchasing power which could thereby affect the spending on such stores. The currency of the country also influences certain decisions that the company takes. The exchange rates could be a major factor when Kmart sets up its stores on new locations. Also allowing people to purchase on credit could be another factor that could boost up the sales as the tendency of people saving money has been reducing from quite some years.

The awareness about a certain product in the society could result in high demand. This is one of the most important social macroeconomic factors that prevails. The birth rate in a country is also a determining factor for future demand and helps in analyzing the long-term benefits. The quality of products and cost structures should be determined by considering the attitude of people towards health and safety and their spending. This is when the company would be able to serve the society in the best possible manner. Lifestyle changes are varying continuously and KMart needs to evolve and adopt accordingly. Taking measures to support and spread awareness about social concerns could also help the company to not only analyses the market but also serve its customers well.

The technological factors in the PESTLE Analysis of Kmart are mentioned below:

For a store like Kmart, inventory optimization would play an important role. in determining its profits. Hence, they must focus on their supply chain and assortment advances. People have also shifted to shopping online due to its convenience and hence the best available technology becomes even more important. Mobile application optimization and website optimization are also 2 major technological macroeconomic factors that must be taken care of in order to sustain in the market.

Following are the legal factors in the Kmart PESTLE Analysis:

Various laws like health and safety laws employment protection laws, consumer protection laws, data protection laws, antitrust laws, IP protection laws etcetera are some of the laws that differ from one country to another and to operate efficiently the company must have complete knowledge of all these laws. not abiding by such laws may lead to lawsuits and legal proceedings on which the company would have to spend a lot of money and time. The level of transparency in the judiciary system and processes also have a great impact when it comes to any legal charges on such companies. Similarly, the independence of judiciary system inner country has an impact on the strength of the organization. these laws are in place to protect not only the company from unfair practices but also its competitors and all the stakeholders.

In the Kmart PESTLE Analysis, the environmental elements affecting its business are as below:

As people have started to prefer more and more ecofriendly goods and also support companies that try to reduce or zero the impact that they have on the environment, Kmart must take all possible measures to do the same.

Adopting to renewable sources of energy would not only help it adhere to the environmental standards of the country and reduce the amount of pollution being caused but also help the company to sustain in the long run. This is because such measures have a great impact on costs and Help companies sustain in the long run by increasing their profit margins. The location must also be such that it doesn’t affect the natural ecosystem.

To conclude, the above Kmart PESTLE Analysis highlights the various elements which impact its business performance. This understanding helps to evaluate the criticality of external business factors for any brand.