The threat of new entrants in the Maybelline Porter Five Forces Analysis can be explained as follows:

Maybelline was started in 1915 in New York, United States, and was acquired by the L'Oreal group. It is an American multinational cosmetics, skincare, fragrance, and personal care company. To be a new entrant in this industry is a little difficult due to the high capital and resource required. The new entrants would also have abide by the rules and regulations and various government policies to be able to retain in the business. Being a well-known international brand, maintaining technical standards is equally important. Maybelline is situated in more than 120 countries, therefore, respecting the culture of the country it is located in help in gaining more customers. The new entrant would have to be mindful of the brand equity it creates because that can build or break the entire reputation of the company. The products of Maybelline are easily scalable and could easily be replicated by the new entrants. 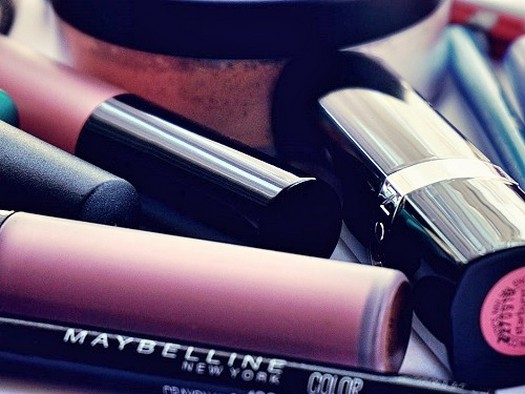 Below are the threats of substitute products of Porter’s Five Forces analysis of Maybelline:

The threat of substitutes is mainly from the competitors who could provide better products in terms of both quality and quantity.

Companies like L’Oréal Paris and Mac could be the substitutes for Maybelline. The cost of switching is also very low. The customers could switch to various other products where the quality is better or for the same quality the price is lower. Maybelline is the market leader and very popular brand worldwide. The threat of substitutes would be the company could be overthrown from its market leader position if it doesn’t maintain its quality and price. The company has to bring about new innovations to continue to stay relevant in the market. Another substitute could be people either using higher price range products which would cater to the premium segment or lower price range segment which would cater to the lower sections of the society. Upcoming non-popular brands with good quality products could also pose a threat to the company.

In the Maybelline Porter Five Forces Analysis the bargaining power of the customers can be explained as:

Maybelline has been very successful in its digital marketing, thereby enticing the new generation who are their potential customers. The company is doing so well in this platform that it has surpassed its parent company, L'Oréal Paris, and many competitors like Revlon and Estée Lauder. The customers can easily negotiate with Maybelline as the brand often offers many exciting discounts and coupon codes. This is done to stay relevant and rope in new customers. Since there are many competitors in this industry, the switching cost is low. Maybelline has been able to hook the new audiences by providing them with three to four quality posts every day on Instagram. In the new era of influencers and their content, they have roped in one of the top models and influencers, Gigi Hadid, thereby catering to the needs of the young generation.

In this way, the bargaining power of customers reduces, and the importance of brand equity overpowers.

Following is the bargaining power of suppliers in the Porter’s Five Forces analysis of Maybelline:

Maybelline has suppliers and manufacturers all over the world. Some of them are in Austria, China, Taiwan, South Korea, France, India, and many more. Since the suppliers belong to different countries, the macroeconomic conditions affect the suppliers, thereby the company as a whole. The suppliers can also demand high prices and might not produce good quality products. These could be a serious threat to the company. Since the products under Maybelline are scalable, there is a chance of hoarding the products in order to manipulate the markets. The company should be aware of such misdeeds and not be manipulated by the suppliers. The suppliers are also aware of the raw material needed, so there is a chance of forward integration. But that would require high Research and Development to create the right products. Another issue is that since the suppliers are spread all over the world, trying to bring about uniformity in the materials used could be a difficult task.

The impact of key competitors in the Maybelline Porter Five Forces Analysis is as follows:

Maybelline has competitors both within its parent group L'Oréal Paris and outside the group too. Some of the competitors are L'Oréal Paris, Revlon, Lakme, Avon, Sephora, Cover girl, etc. Maybelline is mainly a mass product item that is priced at a lower price. They are mostly found in mass merchandisers like Walmart and other drug stores. They are not premium products; therefore, continuous innovation is required to stay relevant in this sector.

Apart from that, continuous marketing, especially in the digital forum, is making Maybelline, the market leader.

To conclude, the above Maybelline Porter Five Forces Analysis highlights the various elements which impact its competitive environment. This understanding helps to evaluate the various external business factors for any company.