The political factors in the Maybelline PESTLE Analysis can be explained as follows:

Maybelline has set its manufacturing operations in Paris. The policies of the government in France affect the smooth functioning of the company. The Loreal group has established its presence in 130 countries. The company also secured a rank of 30th rank on Forbes, list of world’s most valuable brands. The company has formed a separate name in Brazil i.e., FAPROCO in order to meet the demand for the cosmetic products. In Japan they have setup a center especially formed for conducting research and development for hair and skincare and problems related to both of them. Loreal acquired Softsheen in order to cater to the African hair market. With the acquisition of Maybelline, the company became a market leader in the industry establishing a dominant position. 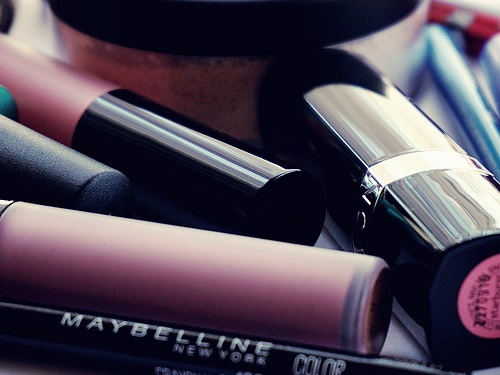 Below are the economic factors in the PESTLE Analysis of Maybelline:

The economic health of the country in which the organization is working significantly affects the financial status of the business.

The recession can have adverse impact on the profitability of the business for cosmetics especially makeup brands as these are considered as luxury goods. Cosmetic companies like Maybelline might follow the concept of differential pricing in different regions. In USA brands makeup brands are usually available at cheaper rates than compared to other countries. GDP of the state is another important factor that affects the revenues of the range of brands under the luxury segment. A brand like Maybelline which operating under an economy with promising economy would sell greater number of products as the customers would have greater disposable income to spare.

Maybelline has been very successful in identifying and seizing the trends in terms of change in preferences of the consumers. They identified the need for skincare products in western Europe and launched a new skincare range, that was 100% vegan and 100% organic that is Garnier Bio. The growing appetite of the millennials, especially the Asians for Korean products and skincare was one of the major reasons for Maybelline to acquire Stylenanda which is a Korean fashion brand. The accelerating demand for face care products played an important role for the success of the company’s anti-ageing creams and the tissue masks which the company sells under the brand of Garnier. Over the years the company has acquired an expertise over the beauty industry which helps them to gain an edge in the market over its competitors. The brand has a range of products for different portfolio of needs of the customers.

The technological factors in the PESTLE Analysis of Maybelline are mentioned below:

The brand identified at a very early stage that image of the brand helps it to position itself in a favorable position as compared to its competitors. In a market where the changing technology reigns supreme and brings the brands under the spectrum of public eye, Maybelline has invested in real and virtual technology to provide its customers with aesthetic products. Maybelline New York uses a variety of online content such as tutorials and small series to create a demand for their products as well as provide valuable insights for the most suited application of Maybelline products. Such videos which are high visual content are shared and enjoyed by women worldwide. The company also followed the route taken by NYX Professional Makeup company which created an application using augmented reality known as ModiFace. The application allows women to visually try the products or looks of the company.

This was used by Loreal Paris and Maybelline New York.

Following are the legal factors in the Maybelline PESTLE Analysis:

Maybelline is in the beauty industry where the nature of the industry acts as a facilitator for the production of dupe cosmetics. The company has to constantly battle with the problem of counterfeit products that are readily available in the market and such dupes have negative implications on the market share of the original brands. A number of beauty bloggers compare and contrast these dupes with the products of the original Maybelline brand itself and post content regarding the same on a variety of social media platforms such as Pinterest and YouTube. These dupes are highly promoted through Instagram accounts and receive a lot of following from worldwide users. These dupes carefully play on the enthusiasm created by the brands and then offer similar characteristics of the brands. The owner of these highly successful brands, have often taken to social media to express their dissatisfaction against the dupe culture that is especially prevalent in the beauty industry.

In the Maybelline PESTLE Analysis, the environmental elements affecting its business are as below:

Maybelline has facilitated its goal of creating a sustainable business at the heart of driving business innovation. They have designed and implemented several measures to reduce greenhouse gas emissions, at a number of places where the operations of the company are conducted such as plants, the distribution centers of the company where the products are supplied from and even in the transportation process of products and services. They have crafted a measurable target to reduce emissions of CO2 by 60% till the year of 2020. The next step that the company has taken is to cautiously reduce its rate of water usage and discharge.

The company has taken into account all its figures of consumption and have achieved a reduction in its amount by 11%. Maybelline has crafted its policies to obtain the raw materials used in production organically. They have reported that up to 100% of the company’s soya and sesame oil, that is used in production has been obtained in a sustainable manner.

To conclude, the above Maybelline PESTLE Analysis highlights the various elements which impact its business performance. This understanding helps to evaluate the criticality of external business factors for any brand.