The political factors in the Johnson & Johnson PESTLE Analysis can be explained as follows:

Johnson & Johnson is in the field of manufacturing consumer products, medical equipment, pharmaceuticals. Government intervention is one of the most important factors to predict the growth and profit of any growing sector. More stable the government and the political situations in a particular market, better it is for the overall development of that company. Since Johnson & Johnson operates all over the world it has to take care of political scenarios of all the countries it has its presence in. If anywhere there is a chance of military invasion by rival country, then it will cause Johnson & Johnson to divest from the same. The level of corruption that the country works under due to the political influence is also a major concern for the firm to operate there. 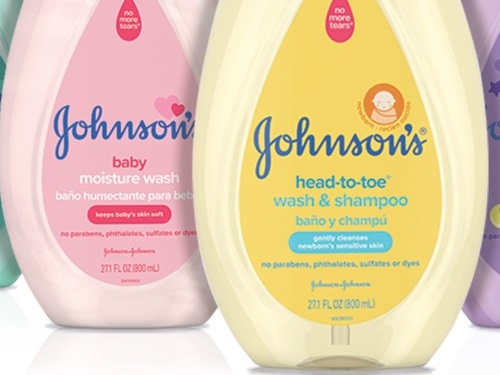 Below are the economic factors in the PESTLE Analysis of Johnson & Johnson:

Economic factors are important for any firm to have a successful venture.

The labor rates, the inflation, interest rates etc. are few of the economical factors that influence the decision making of Johnson & Johnson. The European Union formation was overall good news for J & J. It could now target a single currency market. The recession has very little effect on this industry and profits of Johnson & Johnson in particular. Since this company is primarily in the field of medical and pharmaceutical the demand for this will not really depend on recession. And even if there is loss in one of the markets that it operates in, it can recover and have a balancing effect by making profit form other markets since it operates in multiple countries.

Increasing health consciousness is main social factor that the firm is monitoring closely. People these days are more health conscious and want to live a healthy life. They are willing to spend on products that help them stay healthy. Major target audience is women who like to take care of their skin, its glow and smoothness. People these days are worried about obesity. It is one of the main reasons for illness like diabetes. Also, the products by Johnson & Johnson should look into economic stratification of the public. Not every one can prefer to buy premium products. They have to have a mix of products for everyone.

The technological factors in the PESTLE Analysis of Johnson & Johnson are mentioned below:

Technology hasn’t spared even medical industry. The needs of customer in medical field changes frequently. The factors on which the need depends on can be the climate change, change in body reaction capacity etc. But the company should have products changing with demand. For this Research and development is very much essential.

R&D with latest technological advancements is extremely important to have competitive edge over others.

Following are the legal factors in the Johnson & Johnson PESTLE Analysis:

The profits can vanish in a moment if the laws are not abided by. Be it environment laws, intellectual property law, taxation law, trade law or whatever. Every law has to be followed. These laws vary from country to country. Some might have strict labor laws which ask the Johnson & Johnson to give certain amount of minimum wage to labor. In that case, Johnson & Johnson has to abide by the same to avoid any legal issues. There is separate team that proactively takes care of legal terms and conditions from various countries and thus protects company from major fines and complications in operations.

In the Johnson & Johnson PESTLE Analysis, the environmental elements affecting its business are as below:

The environmental laws vary from country to country. It is the responsibility of Johnson & Johnson that it should abide by all of them. It should in no way produce and dispose waste in water that pollutes water bodies since the population staying nearby may be affected by consuming that water. The same is the case with air pollution.

The waste generated has to be regulated and only after the waste is treated to reduce its impact till a certain level then it can be disposed. Also, no animal should be killed. The companies working in renewal way have some tax benefits.

To conclude, the above Johnson & Johnson PESTLE Analysis highlights the various elements which impact its business performance. This understanding helps to evaluate the criticality of external business factors for any brand.