Porter’s Five Forces Analysis of Abercrombie and Fitch covers the company’s competitive landscape as well as the factors affecting its sector. The analysis focuses on measuring the company’s position based on forces like threat of new entrants, threat of substitutes, bargaining power of buyers, bargaining power of suppliers and competitive rivalry.

The threat of new entrants in the Abercrombie and Fitch Porter Five Forces Analysis can be explained as follows:

Abercrombie and Fitch is an American apparel company headquartered in Ohio. In addition to A&F, the company also operates four other brands. The threat of entrants largely depends on whether any entry barriers exist within the industry. There are multiple factors that impact the entry barriers. Being an apparel retailer, it is very easy for Abercrombie and Fitch to source the products in huge quantities. The large scale of production and standardization of processes helps them gain cost advantage over the smaller players. This factor poses entry barriers for the newer players since they find it difficult to compete with the prices. The incumbents have an established brand name and apparels is an industry which sees high degree of brand loyalty. However, the capital requirements can be variable. The new entrants can start production and retailing at a small-scale without large upfront capital investments. Further, it is easy to setup distribution, particularly through e-commerce and social media platforms. The customers do not incur any costs in switching to a competitor. So, the entry barriers for the apparels industry are low and the threat of new entrants is high. 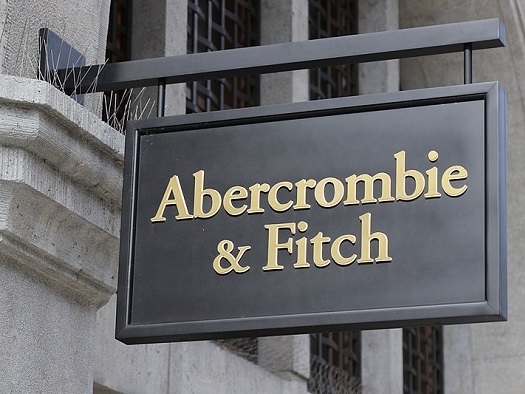 Below are the threats of substitute products of Porter’s Five Forces analysis of Abercrombie and Fitch:

The offerings of Abercrombie and Fitch include apparels, largely casual wear, and lounge wear.

It is fair to assume that broadly, there are no true substitutes for apparels. However, if we look at the apparels in terms of their nature, there are many companies offering cheaper substitutes like fast-fashion online retailing companies. In these terms, there is a large availability of substitutes. Further, as the preferences of customers change, more customers are switching to social media platforms for buying their products from small independent sellers. Also, customers do not have to incur any costs if they wish to switch to any substitutes. Overall, the threat of substitutes is a moderate force for the apparels industry.

In the Abercrombie and Fitch Porter Five Forces Analysis the bargaining power of the customers can be explained as:

There are multiple factors affecting the buying power of customers in the apparels industry. The target customers for the Abercrombie and Fitch company are younger people, especially teenagers and people in the early 20s. The size of purchase per customer as a ratio of the overall sales of the company, while the overall volume of customers is high. For instance, the net worldwide sales for the company is around $3 billion US Dollars. It is easy to assume from these statistics that the company can afford to lose few customers and the bargaining power to customers is low. However, there is a high degree of brand loyalty in the apparels industry, and so, the customer lifetime value is significantly high. The customers incur no switching costs in adopting the products of a competitor. There is a small degree of differentiation in terms of the styles of the products and the design. However, largely there are multiple smaller companies operating with the same niche target market.

Overall, the bargaining power of customers is a strong force for the apparel industry.

Following is the bargaining power of suppliers in the Porter’s Five Forces analysis of Abercrombie and Fitch:

The number of suppliers is very large as compared to the number of buyers in the apparel industry. Some of the major suppliers for Abercrombie and Fitch include Crystal Group, Alta Mode etc. Due to the low concentration of suppliers, the prices are largely set by the company and the suppliers do not have a lot of say in this. Further, Abercrombie and Fitch being a large player, the suppliers cannot afford to lose their contract. The products offered by them are standard and largely undifferentiated. The retailers do not face any major switching costs apart from the costs of termination of contracts etc. The suppliers forward-integrating is a possibility since they can produce the final products and compete directly in the apparel industry. However, they would not be able to sell at similar price points since they lack the brand name the incumbent players have. Overall, the bargaining power of suppliers is a weak force in the apparel industry.

The impact of key competitors in the Abercrombie and Fitch Porter Five Forces Analysis is as follows:

The apparel industry is highly competitive with many key players and many smaller players. Some of the larger competitors of Abercrombie and Fitch include H&M, Urban Outfitters, Gap, American Eagle etc. There are other smaller brands selling through e-commerce platforms like Amazon and social media which are also the competitors of the company. The apparel industry is projected to grow significantly. Hence, there is an intense rivalry for market share among the larger key players. These factors pose a high threat of competition. For the larger players to exit the market, there can be major exit barriers. However, for the smaller players for small-scale operation, exiting the market is comparatively easier. The products offered by the apparels industry are moderately undifferentiated and so, the price competition is high.

So, overall the competitive rivalry is a strong force in the apparels industry.

To conclude, the above Abercrombie and Fitch Porter Five Forces Analysis highlights the various elements which impact its competitive environment. This understanding helps to evaluate the various external business factors for any company.