The political factors in the Red Bull PESTLE Analysis can be explained as follows:

There are many factors which affect Red Bull Politically, some of which are the way government stabilizes itself, corruption level of markets involved, press freedom, government restrictions on the consumption of energy drinks based on the health and safety of consumers, etc. These can affect the imports and exports of charges of the drink, thus affecting the overall sales of Red Bull. The government policies also affect the sales of Red Bull that is some of the tax reforms which Red Bull has to follow. So if the country is politically stable enough then the company has a good opportunity for its growth. Red Bull is a global company which sells energy drink all over the world so intra-governmental policies will affect the ease of imports and exports of Red Bull, this can be seen as an opportunity for the company. One of the threat includes the health policy which can affect the sale of Red Bull considering the health of the population. 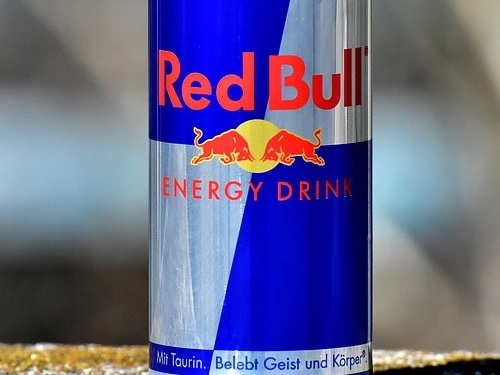 Below are the economic factors in the PESTLE Analysis of Red Bull:

The economic condition of the respective country will affect Red Bull's production and selling as when the inflation rate is high then the company will face high cost of raw materials, thus it may increase the price of the drink for the customers.

Another aspect can be the interest rate at which the country is operating, as the loans are taken by the Red Bull will be affected and thus the company will adjust its costing according to that and another outcome can also be a reduction in sales. As Red Bull is a premium brand any kind of global economic crises directly affects the sales of the energy drink, for example, the global economic crises in 2009 decreased the sales 1.5% as compared with the previous year. The opportunity for Red Bull comes from developed countries and threat are mostly witnessed when the country faces an economic slowdown. The ease of resource and availability of raw materials in the respective country also affects the overall sales of Red Bull as it will increase the price of the drink.

Social factors like lifestyle of the population, the number of youth in the country, the social status of people, are responsible for the income generation of Red Bull. The modern culture is more inclined towards the consumption of energy drinks, so if the country is having such a culture then this becomes a huge opportunity for Red Bull. Socially the energy drink brands are considered very cool and they are socially acceptable because it is associated with sports image. Red Bull can utilize the opportunity caused by the hectic life of the current generation, everyone is so involved in their busy life that energy drinks like Red Bull have become a necessity. There are some threats also affiliated with energy drinks like Red Bull, the country where the people are more health-conscious will ultimately be buying less of such drinks and it will result in the reduction of sales. Strategies like production of drink with sugar-free version help to market in the society which is more health-conscious.

The technological factors in the PESTLE Analysis of Red Bull are mentioned below:

For food and beverages businesses like Red Bull, research and development is a great opportunity. The most important factor in technology for such an industry is the use of the internet. Most of the selling of energy drink like Red Bull takes place by the advertising strategies and the promotion on the internet. This way to connect to the consumer serves two-way benefit, by such marketing company sends a clear message to the consumers and also which is a very cheap and efficient way and consumers also connect to the product more easily through social media. Red Bull pays a large amount to the stunt man who is seen in the advertisements so to market the advertisement social media is the best way for Red Bull.

Research on the ways of production and packaging of Red Bull will help the company to get the energy drink made in a cheaper cost and also this will improve the packaging quality of the drink.

Following are the legal factors in the Red Bull PESTLE Analysis:

For an energy drink company like Red Bull, all the laws and regulations which comes under food and regulation laws need to be followed. In order to be selling in the market, the company needs to follow every legal requirement which is applicable for a particular country. The company also has to meed the safety criteria, for the consumption of humans without suffering from any kind of side effects. The legal requirements can also restrict the company in its expansion in other countries, so it can also become a threat to the company. As it is a beverage company it has to be very particular about the ingredients which it uses in the drink and has to correctly mention in the label the number of ingredients used and its respective nutrition value. So if any consumer is allergic to any particular ingredient then he or she doesn't get sick. This will avoid claims and thus a bad image of the company.

In the Red Bull PESTLE Analysis, the environmental elements affecting its business are as below:

Waste disposal is the biggest problem faced by companies like c. Sustainability of the business, in the long run, should be the focus of the company.

Red Bull faced a lot of issues with respect to environmental factors, which ultimately affected the brand image of the company. A list of an environmental agency which was released in 2009, listed Red Bull among the top ten companies which were given the highest fines due to the recycling problems. After which the company improved the recycling system, used aluminum cans which are 100 % recyclable.

To conclude, the above Red Bull PESTLE Analysis highlights the various elements which impact its business performance. This understanding helps to evaluate the criticality of external business factors for any brand.