The political factors in the Canon PESTLE Analysis can be explained as follows:

Canon is one of the largest players in the electronics segment and the largest manufacturer of the plain paper copying machine and optical products e.g. Cameras and various medical equipment. Canon company has a worldwide presence and is subject to various political conditions that prevail across the globe, in its countries of operation. A major factor that affects the operations of the Canon factories, is the democratic nature of the countries in which it operates. This makes it easier for the company to put forth its points of concern to the ruling government. Since the company generates high revenues in most of the countries it operates, the GDP of the country increases. Thus, the various governments support the R & D efforts of the company. It also considers the companies issues when regulations in the segment it operates are changed. The recent decrease in the corporate tax in India has opened new opportunities for the company to grow and expand. Changes in trade laws, like those in the US, create a wide-scale disruption of the system. The companies need to reorganize themselves, to spend less and earn more. With most Asian countries running on a low minimum wage, Canon profits maximum by operating in these regions. 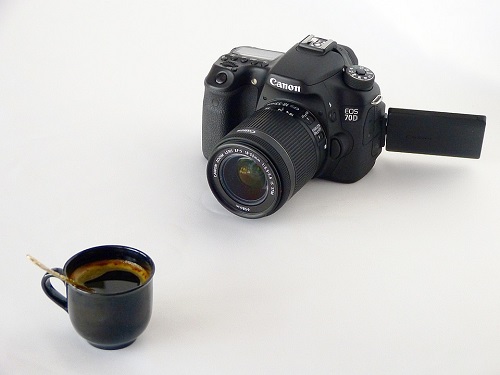 Below are the economic factors in the PESTLE Analysis of Canon:

The cost of products is increasing, while the salary earned by the individual has not been increasing at a proportional rate.

Canon is launching products according to the needs of the consumers, but by the time the products reach the market, the need for the product either is reduced, or its cost is seen exponentially high that it cannot be bought. Electronics produced by Canon for individual buyers are expensive. The currency in Asian countries keeps fluctuating, and the fall in the buying power of the currency of these countries results in a slowdown of the business. Europe contributes a major chunk of its sales, and any fluctuations caused due to political or legal reasons affect the sales of the company. A recent example was the Brexit that created chaos among the major players in the segment. Due to the trade war between the US and China, the company has witnessed a slowdown in the Chinese markets. With import duty being scrapped off on electronics such as LED and LCD screens, the Canon company has an opportunity to grow and expand in India. This will further facilitate the company in its attempt to be the market leader in Asia. The medical systems business has been expanding the international market (outside of Japan) due to growing economies. The semiconductor segment made major sales in these international markets, but with the introduction of lower corporate taxes in India, there may be a rise in the semiconductor-based products being produced in India further intensifying the competition for Canon.

Canon is in a segment where the needs of the consumer are of utmost importance. The company believes in the concept of “living and working together for a common good”. The demographics are changing in almost all the countries and with lives getting complex, individuals prefer their electronics to make it simpler. Canon has come up with various products based on the changing customer's demand, such as EOS M200 launched by the company, is the latest entry-level mirrorless camera. When the company saw that it is reaching the maturity stage, it decided to diversify by producing various other products that satisfy a B2B need rather than just B2 C needs. The demographics in the medical equipment segment have also been changing. Canon must keep up with the latest technology required by the medical professionals while keeping in mind the acceptability of the equipment by the end-user, the patient. The needs of people will keep changing, with unending expectation for more. Thus, this is a great opportunity for the company to gain maximum advantage, even if it seems to be reaching the maturity phase.

The technological factors in the PESTLE Analysis of Canon are mentioned below:

Canon has been a major player in the technology segment. It has been a pioneer for imaging equipment in Europe. To keep up worth the changing trends of hassle-free use, the company has come up with various unique products in the printing, camera and medical services segment. Canon launched its latest mirror free EOS M200. Canon uses advanced production technology to produce quality products. By using these technologies to improve their operations and with constant development of in-house automation, Canon has increased the efficiency of its manufacturing units. The use of AI and IoT, along with robots in its assembling processes, provides it with an advantage to produce unique and competitive products. To further its technological reach Canon has been working on a proprietary automation system that will work throughout the year.

With these technological advancements in place, the company gets the advantage of being able to provide its consumers with different variants of the products based on their needs.

Following are the legal factors in the Canon PESTLE Analysis:

Since Canon operates across various countries in the world, it needs to comply with the various regulations that prevail in those countries. The company faces the risk of information leaks, patent violations, etc. and needs to be abreast with the current scenario in the market. Unexpected changes in laws, judicial processes, and regulatory requirements is a major danger that the company faces. If the company is not agile enough to adapt to these changes quickly, the loses it would make will be massive. Another segment of legality related to diplomatic relationships and trade relationships also has the potential to bring down any company. The better the diplomatic relationship the company has with the officials, the easier it will be operating. The company will have a say in the changing policies of the segment. Canon also needs to follow the various laws related to minimum wages, social security schemes, anti-bribery acts, product safety regulations, etc. while operating in different parts of the world.

In the Canon PESTLE Analysis, the environmental elements affecting its business are as below:

Canon believes in sustainability through all its operations. Canon believes in “Kyosei” which means living and working together for the betterment of all. Canon is pursuing its goal of sustainability through the philosophy of Kyosei. Their system is integrated with the UN SDG’s and in the future, they believe in providing solutions to the existing issues in the field of medical systems and electronics. They believe in the efficient and appropriate utilization of the resources provided to them.

The company has been procuring environmentally friendly materials, creating energy-efficient offices, utilizing the wastewater, and collection and recycling of used cartridges and toners. The company aims to better the product life cycle CO2 emissions and help in reducing the carbon footprint. Canon has established 4 long term goals for itself:

• contributing to a low-carbon society

• contributing to a circular economy

• contributing to society in harmony with nature

Based on these goals the company will soon be able to contribute in a more enriching manner, and in a more holistic manner.

To conclude, the above Canon PESTLE Analysis highlights the various elements which impact its business performance. This understanding helps to evaluate the criticality of external business factors for any brand.