The political factors in the Reliance Jio PESTLE Analysis can be explained as follows:

Reliance Jio is a leading telecom operator in India. There are several instances where its business is governed by the political setup. TRAI has come up with a new rule of reducing the call ring to 25 seconds. Reliance Jio has opposed this move saying that the decision of fixing the ringing time should be solely left to the regulator. Being a part of the ‘Make In India’ initiative, Jio enjoys constant government support. This is evident from the fact that in 2016’s newspaper, India’s Prime Minister featured in a printed advertisement of Reliance Jio with the company claiming that Jio will help in making realize Prime Minister’s plan of making India digital. The next day the same message was very cleverly and subtly shown in the video of connecting 1.2 billion people and making India digital. Also, the government at the centre is quite strong i.e. less dependent upon coalitions which is a good factor for the company in the middle run. 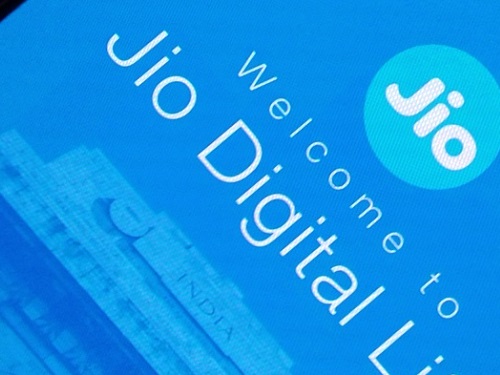 Below are the economic factors in the PESTLE Analysis of Reliance Jio:

With competitors like Airtel and Vodafone Idea being present in the Indian market for quite some time, Reliance Jio has done a commendable job by acquiring more than 31% of the market share in a span of just 3 years.

As India is a price sensitive market, Jio provides its services at the bare minimum prices. This strategy has worked out in its favor. Reliance Jio has decided to charge 6 paise/minute for its outgoing calls. Previously Jio didn’t charge any fee for its outgoing calls on a different network. The decision is taken to cover up for the Interconnect Usage Charge. Since Jio provides its services at a low cost, it has been successful in penetrating the rural markets where the scope of expansion is very high.

With currently more than 300 million subscribers, Reliance Jio aims to “Connecting everyone. Connecting everywhere. Connecting everything.” Apart from the fact that Jop provides its internet and call services at low rates, Reliance Jio offers various other services like Jio News, Jio Tv, Jio Cinema and Jio Cloud etc. These services are introduced keeping in mind the interests of the youth which makes majority of its customer base. Having a diverse brand portfolio helps Jio in retaining its customers. Jio’s recharge schemes come in various segments depending upon the nature of the customer and his demands. The MyJio application makes it easy for its customers to recharge their phones with a few clicks. Also, Reliance Jio provides with data top ups as well which benefits the customer as he/she won’t have to take a regular plan for trivial work.

The technological factors in the PESTLE Analysis of Reliance Jio are mentioned below:

Reliance Jio was the first network provider in India to introduce the Voice over LTE technology. This technology has a huge potential in the future because it can also support 5G and 6G which means customers will be able to access the data at even better speeds. Also, the Voice over LTE technology improves call quality if both the persons (calling and the receiving end) have this technology in their respective phones. Jio’s competitors Airtel and Vodafone-Idea have also introduced Vo-LTE for their networks. Reliance Jio has also come up with a new service, JioFiber which is a dedicated setup focused on providing Ultra-high speed internet.

With Vodafone aiming to revolutionize the Sports Industry through 5G, Jio should also keep in pace with the current trends in the market.

Following are the legal factors in the Reliance Jio PESTLE Analysis:

Since the arrival of Reliance Jio into the Telecom Sector, it has been in many controversies and has received allegations from its competitors. Firstly, Airtel claimed in 2016 that Jio was tested for around 253 days. During that phase, it had gathered around 3 million subscribers (testers). Airtel claims this was done to acquire a significant share of the customers even before its launch. But, apart from the allegations Reliance Jio didn’t receive any legal notice because of the absence of any such rule regarding the number of days of testing of the service. Also, Airtel and Vodafone-Idea accused Jio of using predatory practice of providing its service at extremely low rates. Recently, Jio faced opposition from Airtel and Vodafone-Idea over the call ringing time of Jio. Reliance Jio till now has been able to overcome these hurdles. But, since jio has caused disruption in the telecom market, its legal department should always be on its toes.

In the Reliance Jio PESTLE Analysis, the environmental elements affecting its business are as below:

Reliance Jio has come up with various measures to contribute towards company’s Corporate Social Activities.

Jio has contributed more than Rs 750 Crore for CSR activities. In one of its CSR activities, Reliance Jio provided free Internet Services to the Indore Police. One of the major sustainable steps taken up by Jio is the setting up of network towers which do no emit any harmful electromagnetic radiations.

To conclude, the above Reliance Jio PESTLE Analysis highlights the various elements which impact its business performance. This understanding helps to evaluate the criticality of external business factors for any brand.