The political factors in the Philips PESTLE Analysis can be explained as follows:

Philips operates in more than 60 countries with employees count to 105,000. It has a very diversified portfolio ranging from consumer electronics, domestic appliances, personal care to personal health care. So, it is but obvious that governments in all these countries will laid down some rules which Philips has to follow. The trade war between US and china has negatively impacted the profit of Philips. Philips exports some of its products from US to china and some from China to US, so the tariffs imposed by both the countries on each other had affected the company on both fronts. 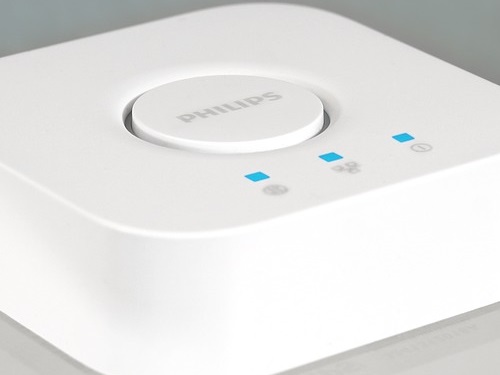 Below are the economic factors in the PESTLE Analysis of Philips:

Economic stability is very important for Philips to survive and grow.

The promotion of the government for the LED lights has significantly opened up the growth opportunity for Philips. The unemployment rate in china and India is increasing which means the supply for job is more than demand and people are willing to work at low wages which will help the Philips to hire people at low wages. The trade war between the US and China has slowed down the world economy, specially the economy of the China has taken a hit which decreases the people’s consumption of goods and demand for Philips product also decreased.

The change in the mindset of people regarding the environment has created a lot of opportunity for the Philips. Now people are moving away from the conventional bulbs and moving towards the LED Lights in which Philips is a market leader. Customers preferences changes rapidly and they always want something different and new. Philips is regularly working towards providing the customers more than their expectation. It has launched Philips Hue which is a line of colour changing LED lamps and white bulbs which can be controlled wirelessly. Now customers can change the room lights according to weather, time and mood.

The technological factors in the PESTLE Analysis of Philips are mentioned below:

Philips is a very technological advance company. Its main focus is always creating customer satisfaction by giving them innovative products. Its tagline says all about it, ‘Innovation & you’. It is the first company to launch compact cassette, the compact disc, the mp3 the blue ray disc in partnership with Sony and finally the world’s first LCD TV. In 2013, Philips has brought a breakthrough technology in radiology by introducing Philips’ Vereos digital PET/CT system and IQon Spectral CT system. The Vereos digital PET/CT system uses innovative digital silicon photomultiplier detectors instead of traditional analog detectors which increased the sensitivity gain, volumetric resolution and quantitative accuracy by approximately two times than analog systems.

Its IQon Spectral CT system is the world’s first spectral detector CT system built from the ground up for spectral imaging.

Following are the legal factors in the Philips PESTLE Analysis:

Every company is binding by the law in the country in which it operates and it is expected from the companies that they in any case abide by these laws. Since Philips is operating in different verticals, it has to take care of all the laws related to respective verticals. Recently it faced a legal issue in its healthcare sector wherein it was held responsible for mishandling 3623 complaints regarding problems with its medical imaging machines. The problem didn’t create serious injuries but it had the potential to do so. In separate case it filed against NOVA for infringement of copyright of its advanced beard trimmer series 3000, the Delhi high court ruled in favour of Philips and awarded it the compensation of 3 crore.

In the Philips PESTLE Analysis, the environmental elements affecting its business are as below:

With the increasing awareness of people of the climate change, it became the huge responsibility of companies to provide products and services which are sustainable in one way or another. Philips in 2017 topped the Inaugural Change the World Sustainability All Starts list published by Fortune. Philips has set the target for itself to go fully carbon neutral in its operations by using 100% renewable energy by 2020. It has also decided to recycle 90% of its operational waste by 2020. It already made significant strides towards sustainability. Its 65% of manufacturing sites send zero waste to landfill.

Philips noticed that more than 600 million in Africa use kerosene and candles to get rid of darkness. Kerosene is very detrimental to environment. so, they Philips developed a product has a combination of innovation in LED, Solar panels and battery technologies to help people get more energy efficient light at very affordable price.

To conclude, the above Philips PESTLE Analysis highlights the various elements which impact its business performance. This understanding helps to evaluate the criticality of external business factors for any brand.